Accessibility links
Six Flags Says World's 'Tallest Drop Ride' To Open In 2014 : The Two-Way The gondolas take riders 415 feet in the air and drop them back to Earth at 90 mph. What's more it's a ride within a ride. 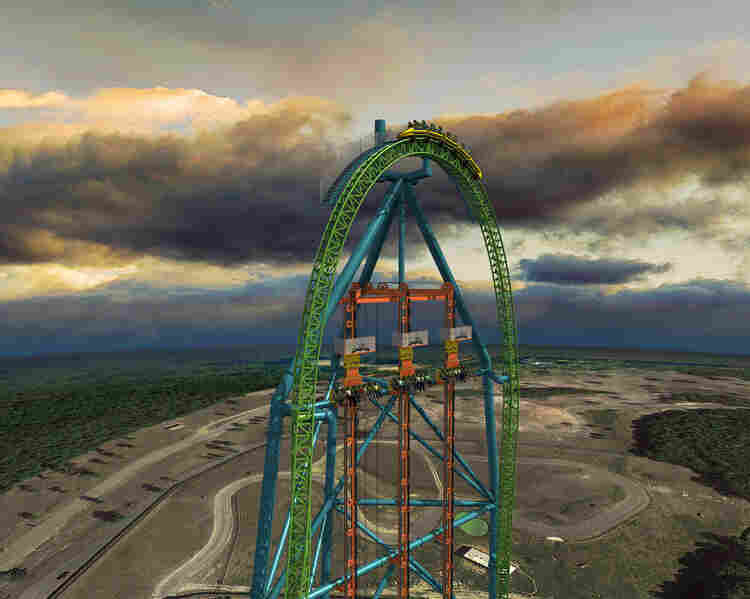 The the 41-story Zumanjaro: Drop of Doom is scheduled to be complete in 2014. Six Flags hide caption 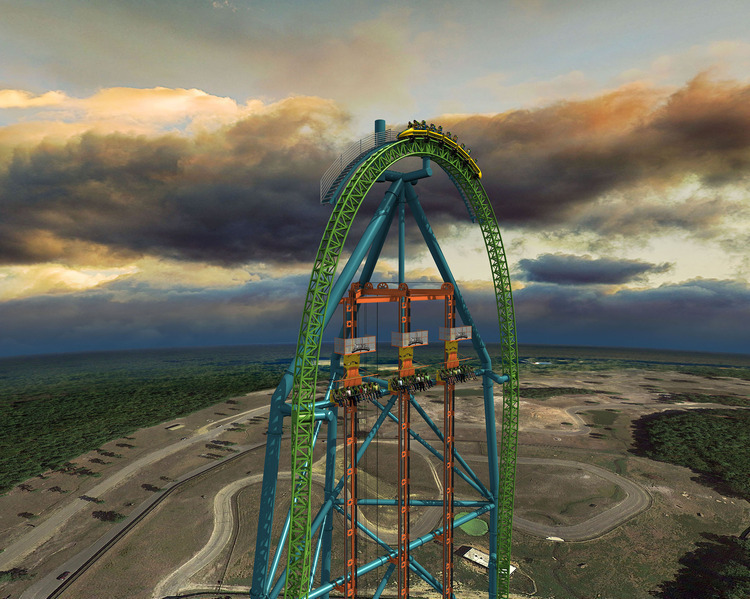 The the 41-story Zumanjaro: Drop of Doom is scheduled to be complete in 2014.

As the company said in a press release, it'll "hoist riders 415 feet into the sky, twice as high as the Statue of Liberty, and rocket them back to Earth at 90 mph while Kingda Ka trains launch directly toward them at speeds of up to 128 mph."

That's not exactly clear, so we'll translate: That means that this is actually a ride within a ride. The drop ride is actually in the middle of the Kingda Ka roller coaster, the world's tallest.

Six Flags put out this animation of what this ride will be like:

According to The Los Angeles Times, the Lex Luthor Drop of Doom will lose its place as the tallest and fastest drop ride with a height of 400 feet. Wikipedia keeps a list of vertical drop towers. It reports that The Giant Drop in Australia held the tallest drop record from Dec. 1998 to July 2012.