Accessibility links
Obama To Seek Congressional Approval For Action Against Syria : The Two-Way President Obama, speaking from the Rose Garden, said he'd decided to use military force against Syria, but was also seeking congressional authorization for the action.

Listen
Obama To Seek Congressional Approval For Action Against Syria

Obama To Seek Congressional Approval For Action Against Syria 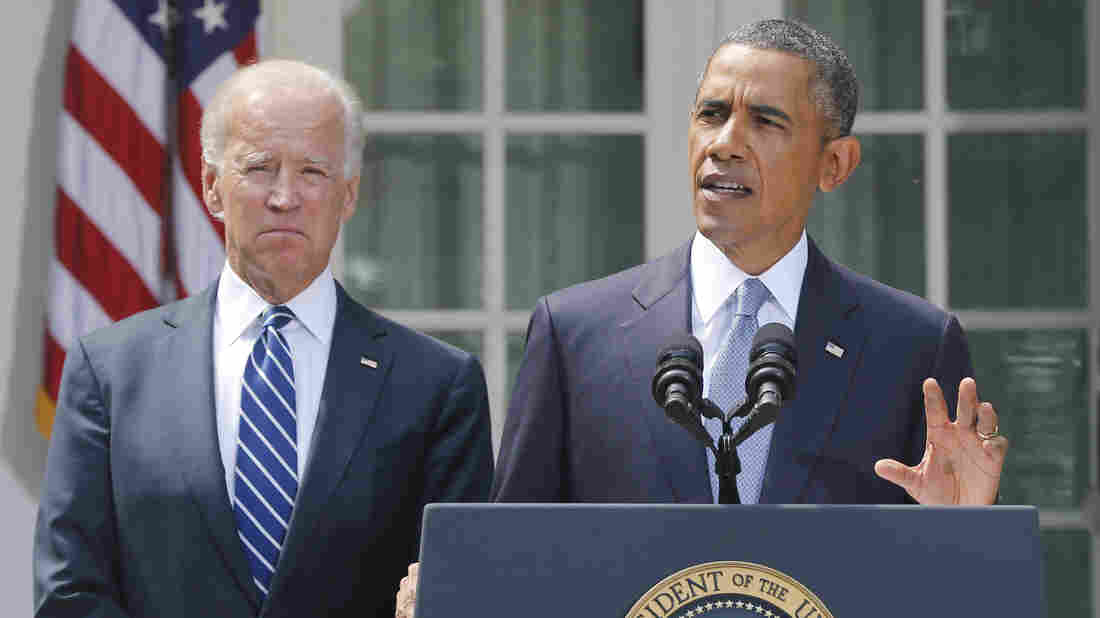 President Obama said Saturday he had decided that the U.S. should take military action against Syria in response to its use of chemical weapons, but that he will seek a congressional authorization for the action that could come "tomorrow, or next week or one month from now."

Speaking from the Rose Garden, the president said he believed that he had the authority to act without Congress, but said, "I know the country will be stronger if we take this course."

"After careful deliberation, I have decided that the United States should take military action against Syrian targets," Obama said.

The chemical weapon attack in Syria on Aug. 21 that killed more than 1,400 people near Damascus — including hundreds of children, by White House estimates — was "an assault on human dignity," Obama said. The White House says it has proof the attack was directed from the regime of Syrian President Bashar Assad, which is engaged in a civil war that began in 2011.

The president said he agrees that voices in Congress should be heard. "So this morning, I spoke with all four congressional leaders, and they've agreed to schedule a debate and then a vote as soon as Congress comes back into session." Congress is currently on recess for Labor Day.

Later, Obama sent Congress a draft resolution calling for authorization to use force.

"We should have this debate, because the issues are too big for business as usual," he said. "And this morning, John Boehner, Harry Reid, Nancy Pelosi and Mitch McConnell agreed that this is the right thing to do for our democracy."

Obama said the U.S. had to show that it keeps its commitments. "We do what we say. And we lead with the belief that right makes might — not the other way around."

He challenged lawmakers to consider "what message will we send if a dictator can gas hundreds of children to death in plain sight and pay no price?"

"And finally, I know well that we are weary of war," Obama said. "And the American people have the good sense to know we cannot resolve the underlying conflict in Syria with our military."

"That's why we are not contemplating putting our troops in the middle of someone else's war," he said.

Senior administration officials told The Associated Press that the president had planned to take military action without congressional authorization, but told aides Friday night that he changed his mind.

The officials, who asked not to be named, described Obama overriding his top national security advisers, who had urged him to act on his own.

The president's address comes after United Nations inspectors departed Syria with blood, urine and soil samples that will be analyzed in laboratories in Europe to confirm the presence of a suspected nerve agent.

Putin said the claims amounted to a provocation to use force against Damascus.