Accessibility links
Kerry: Tests Indicate Sarin Used In Syria : The Two-Way "I can share with you today that blood and hair samples that have come to us through an appropriate chain of custody from east Damascus, from first responders, it has tested positive for signatures of sarin," Secretary of State John Kerry told CNN on Sunday. 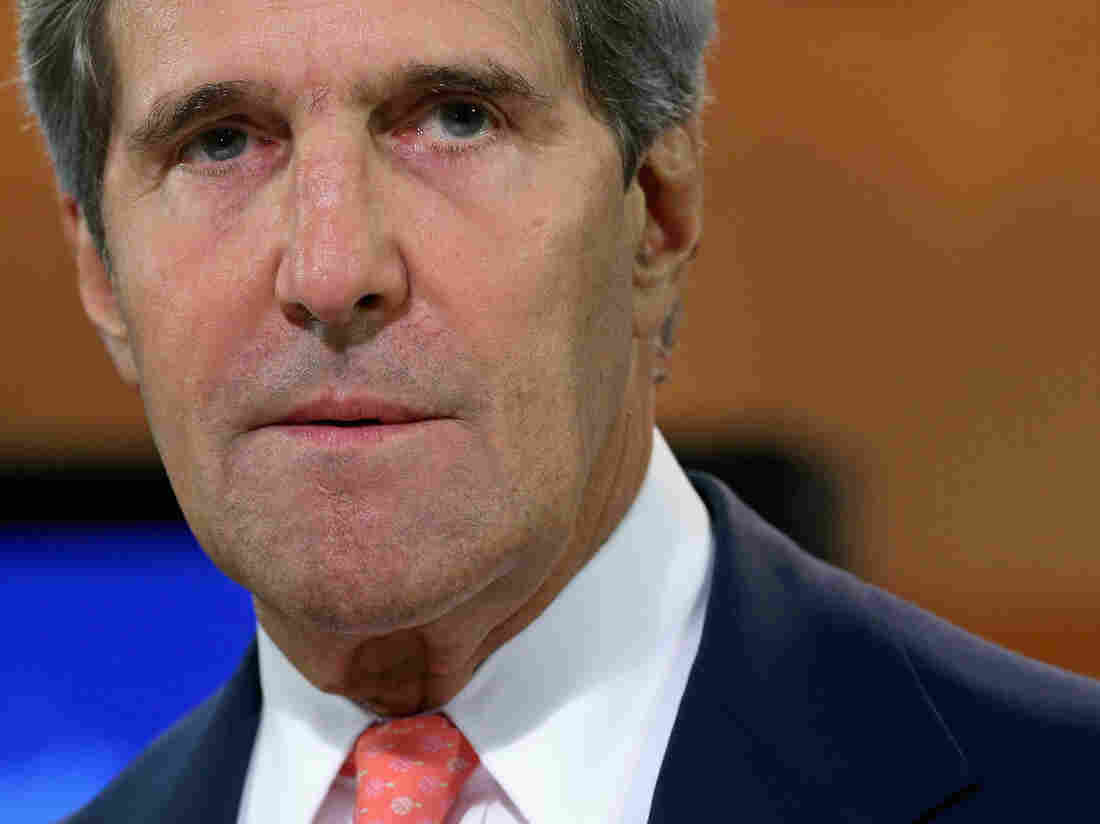 U.S. Secretary of State John Kerry delivers a statement about the use of chemical weapons in Syria at the Department of State last week. Chip Somodevilla/Getty Images hide caption 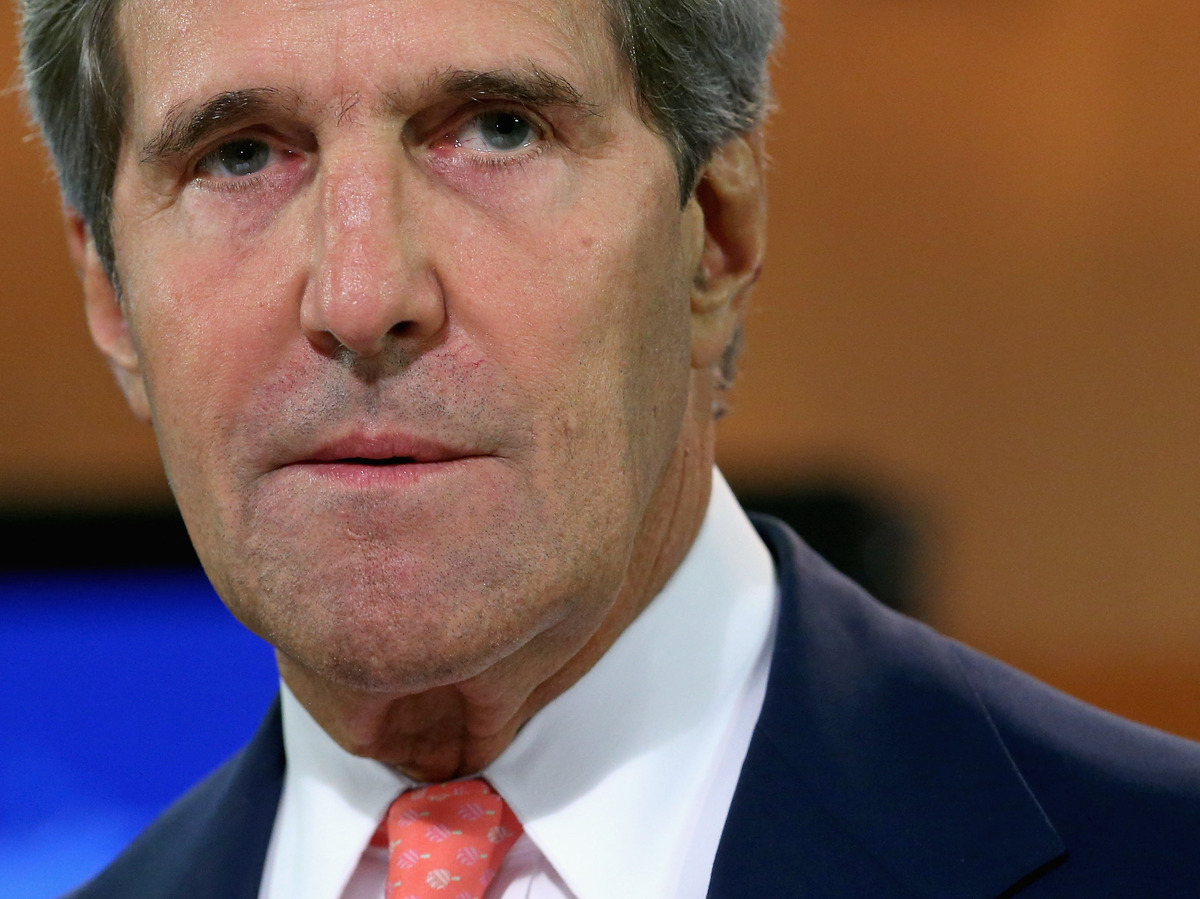 U.S. Secretary of State John Kerry delivers a statement about the use of chemical weapons in Syria at the Department of State last week.

Secretary of State John Kerry says that tests have shown evidence of Syria's use of the chemical agent sarin in an attack on the opposition last month that the White House has blamed on the regime of President Bashar al-Assad.

"I can share with you today that blood and hair samples that have come to us through an appropriate chain of custody from East Damascus, from first responders, it has tested positive for signatures of sarin," Kerry told CNN on Sunday.

"Each day that goes by, this case is even stronger," he said on the cable network's State of the Union program.

Kerry said the U.S. obtained the samples "independently," giving no indication the results came from the United Nations chemical weapons inspectors, who left Syria with samples on Saturday.

The U.N. has not said how long it would take to test its samples, but speaking on Saturday, a spokesman for Secretary General Ban Ki-moon suggested it might be days or a week.

Kerry said "we have confidence" that Congress will authorize the use of force against Syria.

"They are good people in the Congress," he tells CNN. "Politically, it's been difficult, but this is a matter of national security, it's a matter of the credibility of the United States of America, it's a matter of upholding the interests of our allies and friends in the region."

Arab League officials called for action against the Syrian regime for its use of chemical weapons, according to Reuters.

In a resolution issued at the conclusion of an emergency session on Sunday in Cairo, the Arab League foreign ministers said the United Nations and international community to "take the deterrent and necessary measures against the culprits of this crime that the Syrian regime bears responsibility for."

The foreign ministers said those responsible were "war criminals" who should face trial.

NPR's Soraya Sarhaddi Nelson, reporting from Cairo, says Saudi Foreign Minister Prince Faisal, speaking in Arabic at a news conference, had described the attack on Syrian citizens "inhumane" and said it was time to take action. But he and Egyptian Foreign Minister Nabil Fahmy said their preferred solution would be to bring the warring sides together for talks in Geneva.

Several key Republicans, led by Arizona Sen. John McCain, are calling on the administration to lay out a comprehensive "strategy and a plan" to ensure that Syria is never again able to use chemical weapons as a condition of their vote to authorize the use of force.

Speaking on CBS' Face the Nation, McCain said he and others believe "the best way to eliminate the threat of Bashar Assad's continued use of chemical weapons would be the threat of his removal from power. And that, I believe, has to be part of what we tell the American people."

Meanwhile, Sen. Saxby Chambliss (R-Ga.), on NBC's Meet the Press, said Congress should vote against authorizing force unless the White House can provide assurances that the U.S. will not be drawn into a wider war.

"The people have been the target of chemical attacks by their own government and now they must also wait for an attack by foreigners," Rafsanjani said, according to ILNA.