Accessibility links
Syria's Bashar Assad: Show Me The Evidence : The Two-Way The Syrian presidents insists that the United States and other have not been able to back their claims that Syrian government forces used chemical weapons in an Aug. 21 attack. His remarks come as President Obama lobbies two key senators regarding his plan to use military force against Syria. 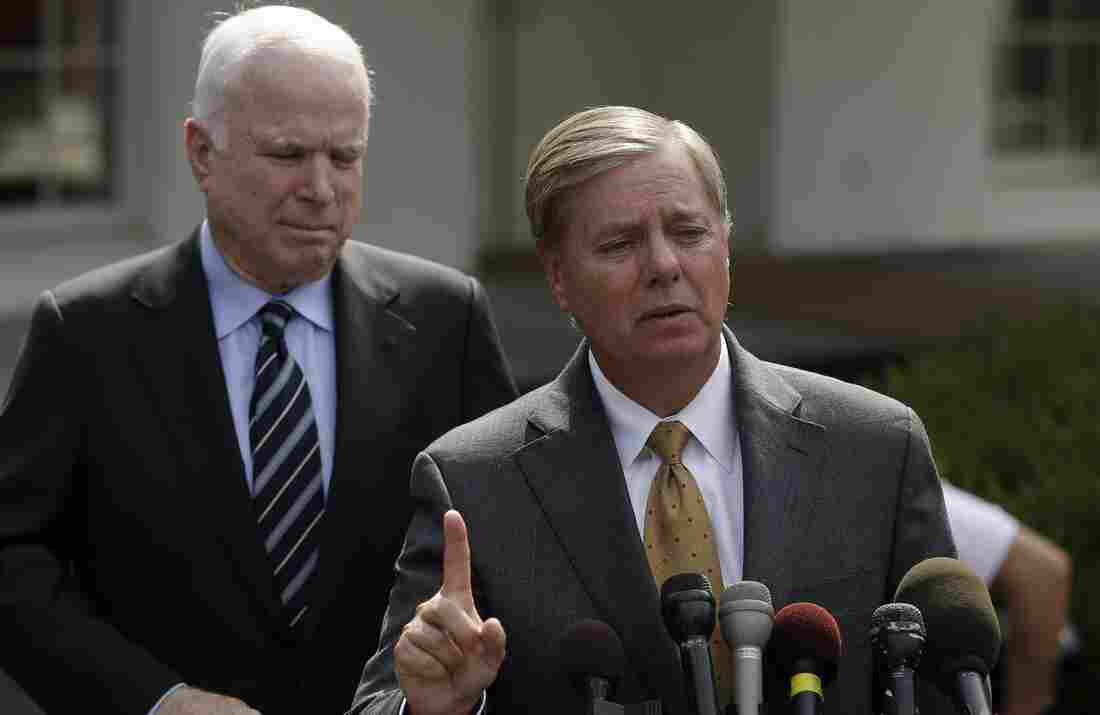 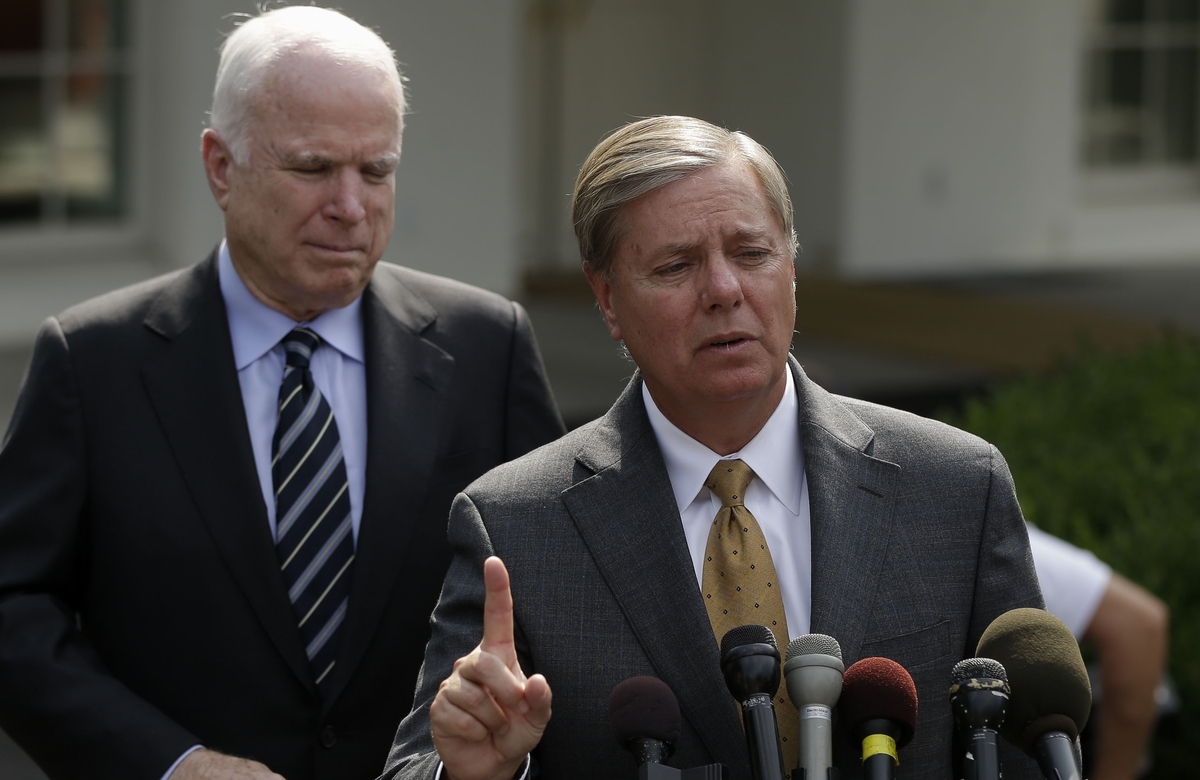 A defiant Syrian President Bashar Assad said Monday that the international community has not produced evidence to substantiate claims that his regime used chemical weapons in a deadly attack last month.

"Those who make accusations must show evidence. We have challenged the United States and France to come up with a single piece of proof. [Presidents] Obama and Hollande have been incapable of doing so," Assad told the French newspaper Le Figaro in an interview in Damascus.

Assad has made few public appearances and given few interviews since an uprising began more than two years ago. But with the U.S. and France favoring military action, the Syrian leader said such strikes could unleash much greater violence across the region.

"The Middle East is barrel of powder and today the flames are creeping closer. It is not just a question of the Syrian response but what else might happen after the first [Western] air strike," Assad said. "Everyone will lose control of the situation when the powder barrel explodes."

United Nations inspectors left Syria on Saturday after collecting evidence on the Aug. 21 attack that left more than 1,400 people dead in the eastern suburbs of Damascus. The U.N. findings have not yet been made public. U.S. Secretary of State John Kerry said Sunday that tests showed sarin gas was used, though he did not say who conducted the tests.

Obama, meanwhile, hosted two key Republican senators who have been pressing for a much tougher approach toward Assad.

John McCain of Arizona and Lindsay Graham of South Carolina emerged from the White House meeting and said it was critical that the president make a strong case to Congress if he hopes to win congressional backing for military action against Syria.

The senators support striking against Syria but said they want to see sustained U.S. efforts to degrade Assad's forces and upgrade the rebels.

Asked whether he supports U.S. efforts to arm the rebels, McCain said, "We should have done it two years ago."

The senator said the U.S. should specifically target the Syrian air force, which has been used to pound rebels throughout the country. However, like Obama, the senators stressed that they opposed sending any U.S. troops into Syria.

While McCain and Graham have been leading voices on Syria, they are considered to be among a small number in Congress who favor a relatively large-scale operation.

Obama is expected to face opposition from a larger number of Republicans and Democrats who are either against military action or are skeptical about what it might achieve.