Accessibility links
'Death Ray II'? London Building Reportedly Roasts Cars : The Two-Way It seems that the "Walkie-Talkie" skyscraper is something of a parabolic mirror. Not only did some parts of a man's Jaguar melt because of the intense rays, a barbershop's carpet reportedly burned. 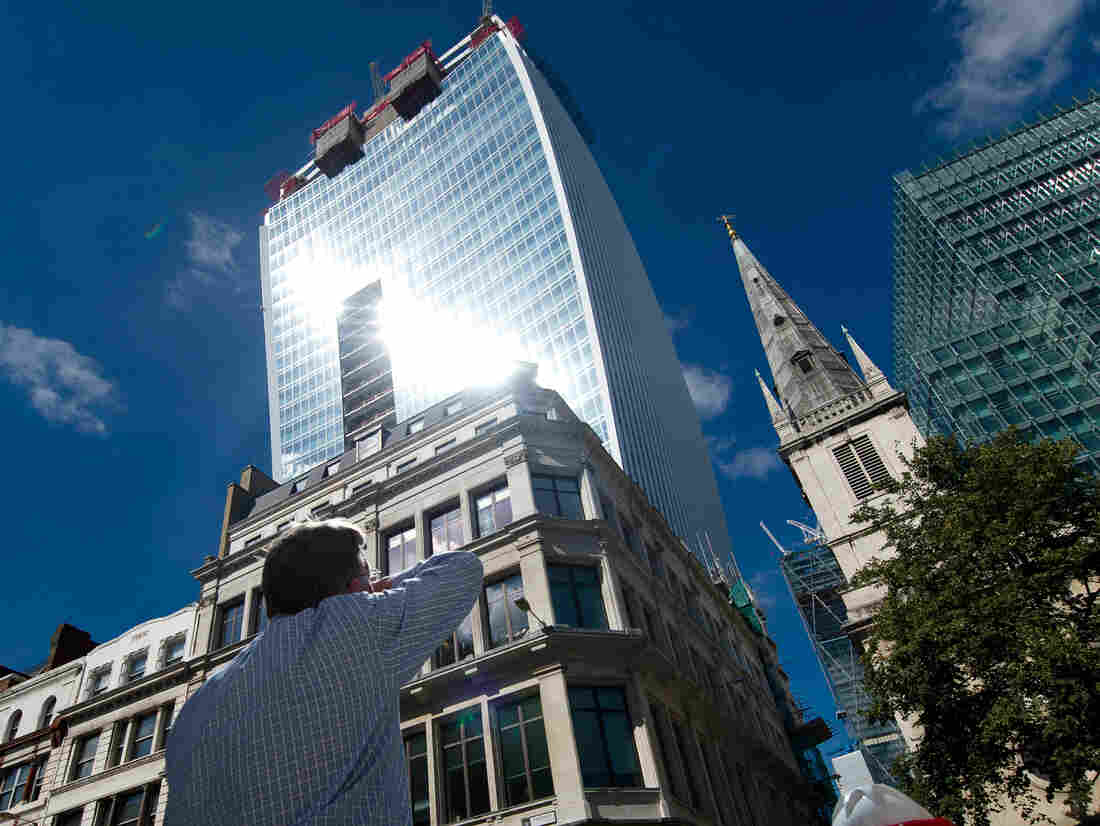 A man reacts to a shaft of intense sunlight reflected from the glass windows of the new "Walkie Talkie" tower in central London on Aug. 30. Leon Neal/AFP/Getty Images hide caption 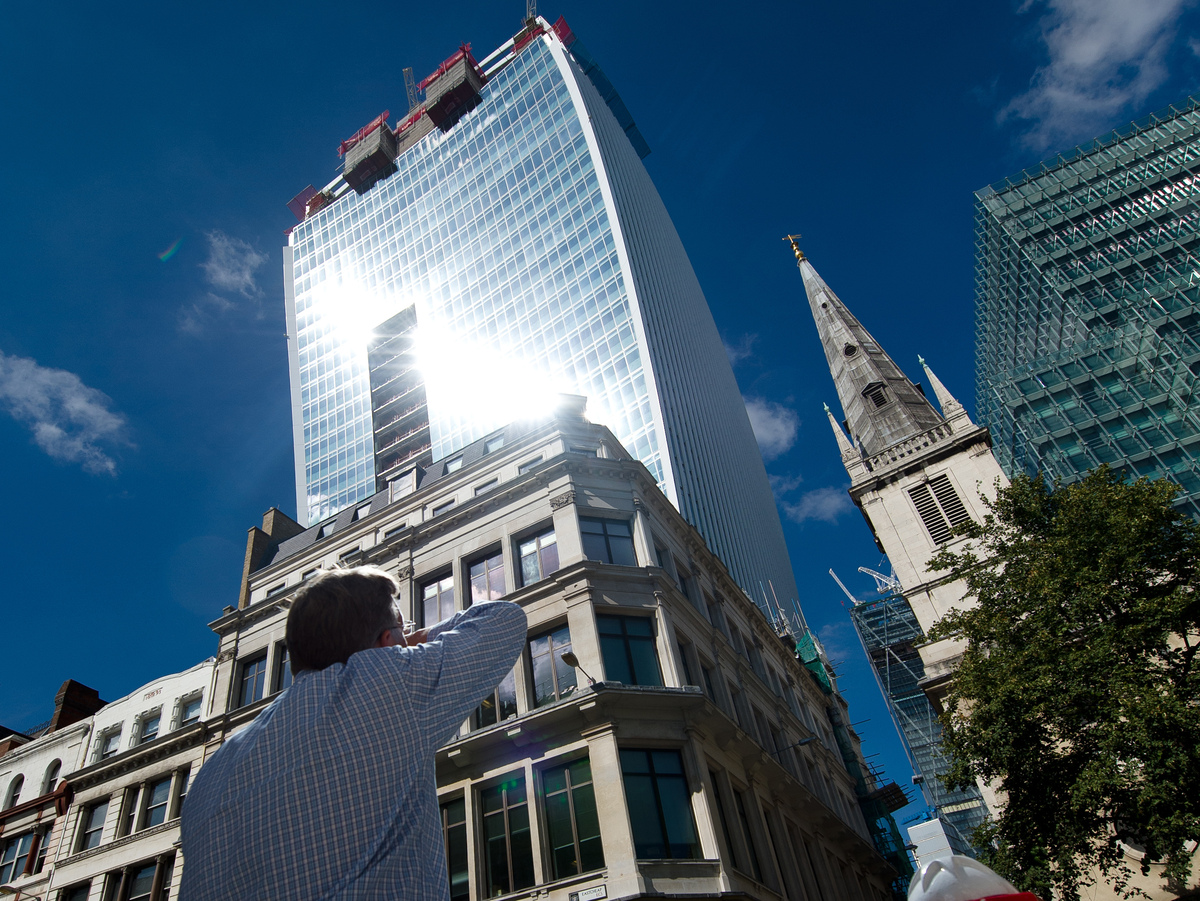 A man reacts to a shaft of intense sunlight reflected from the glass windows of the new "Walkie Talkie" tower in central London on Aug. 30.

A skyscraper under construction "melted my Jag," reads the headline from London's City A.M.

"Who, what, why: How does a skyscraper melt a car?" asks the BBC.

It seems, as the BBC reports, that a 37-story London skyscraper "dubbed the Walkie-Talkie" because of its unusual shape may be acting something like a parabolic mirror:

" 'Fundamentally it's reflection. If a building creates enough of a curve with a series of flat windows, which act like mirrors, the reflections all converge at one point, focusing and concentrating the light,' says Chris Shepherd, from the Institute of Physics."

London businessman Martin Lindsay's Jaguar just happened to be parked right where the rays were focused last Thursday. He returned to the Jag, the BBC says, to find "parts of his car — including the wing mirror and badge — had melted." City A.M. says panels along the side of the car were warped by the heat.

Other vehicles parked near the Walkie-Talkie have also been damaged, according to local news outlets. What's more, a "beam of hot light set the carpet of a nearby barber shop on fire," City A.M. adds. (The publication, by the way, has taken to calling the building the "Walkie Scorchie.")

"Land Securities, which is developing the tower with the Canary Wharf Group, says it is working on a solution and has taken the emergency measure of suspending the parking bays beneath the glare," the BBC writes. "They have described the problem as a phenomenon caused by the current elevation of the sun in the sky. It is thought it can last for two hours a day and might only be a problem for the next two or three weeks."

This isn't the first time that a building designed by architect Rafael Vinoly has been the focus of such heated attention. In 2010 there were reports of melted cups, singed hair and other unusual events near the Vdara Hotel in Las Vegas — another Vinoly building. Local news outlets took to calling it the "death ray." Film added to the building's windows reportedly eased the problem.