Accessibility links
U.S. 'Space Fence' Radar System Goes Silent, After 50 Years : The Two-Way The U.S. Air Force has pulled the plug on a radar system that tracks thousands of objects orbiting Earth, from satellites and debris to meteors. The military says the shutdown can save $14 million annually. A replacement plan is in the works. 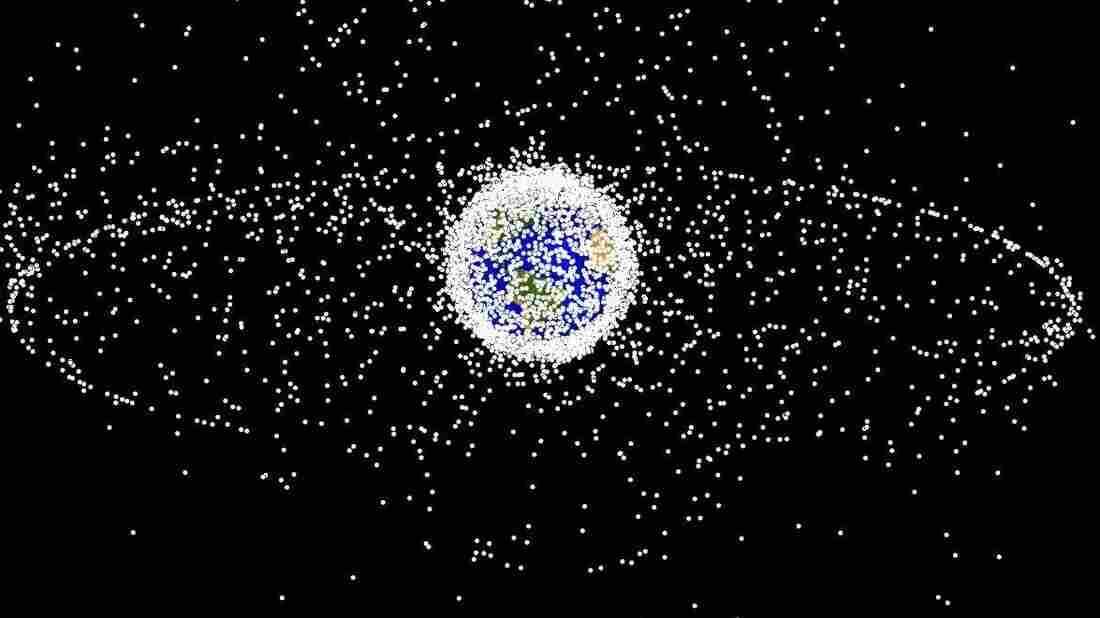 A computer image generated by NASA shows objects orbiting Earth, including those in geosynchronous orbit at a high altitude. The objects are not to scale. NASA hide caption 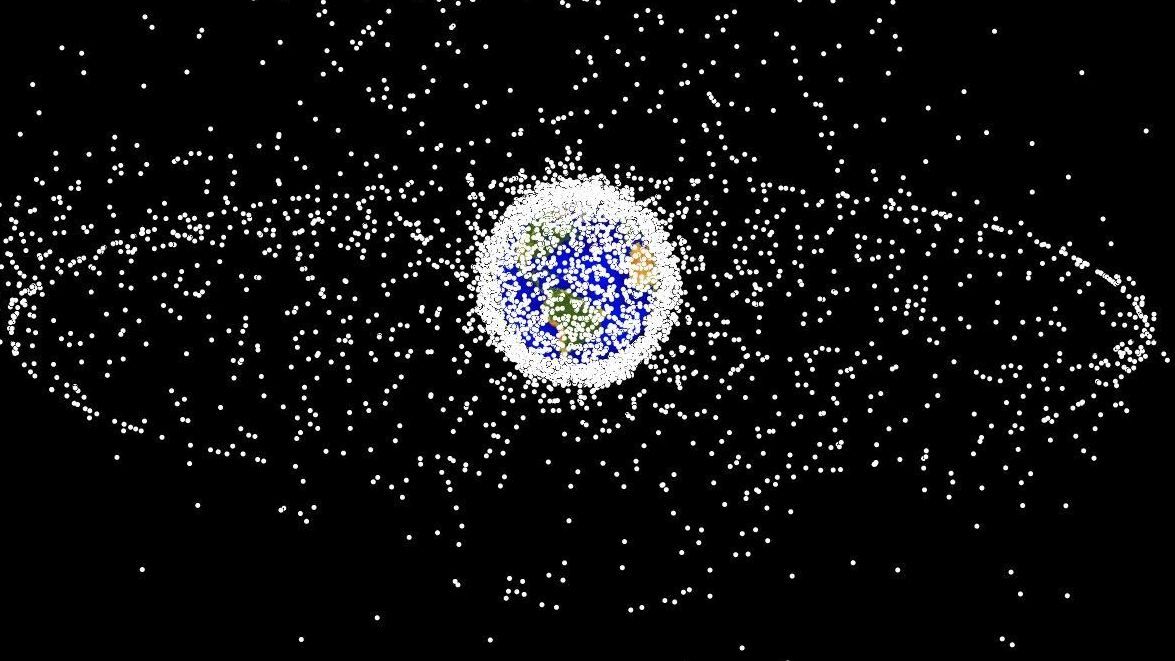 A computer image generated by NASA shows objects orbiting Earth, including those in geosynchronous orbit at a high altitude. The objects are not to scale.

The Space Fence is down. That's the message we get from the SatWatch site, following up on our report last month that the U.S. Air Force was poised to shut down the radar system that tracks thousands of objects orbiting Earth. It had been in operation since 1961.

The Space Fence — also known by its formal name, the Air Force Space Surveillance System — consists of three transmitters and six receivers that stretch across the southern U.S., using radio waves to paint a picture of a slice of space. The items it detected ranged from satellites and debris to meteors.

"The final satellite I captured an RF reflection from was the Meteor Priroda," says Mike Coletta of SatWatch, "which went over the transmitter site at approx 0000 hrs UTC [on Sept. 1], and there have been no more reflections since that time."

Shutting down the system will save around $14 million annually, the Air Force Space Command said last month. The agency hopes to install a new version of the fence using technology that it says will be more accurate.

News of a pending shutdown came last month after an Air Force memo came to light. That led to criticism from experts who say the fence should not be shut down before a new system is in place.

Under current projections, a new U.S. space fence system is expected to be operational in 2017. According to military contractor Lockheed Martin, the new system will be built in the Marshall Islands at an estimated price of $1.9 billion over seven years.

Writing for The Space Review site, Brian Weeden of the Secure World Foundation says that shutting down the Space Fence is "a high-stakes gamble by AFSPC to bolster the long-term survivability of the new S-Band Space Fence it wants to acquire."

The system's shutdown has also disappointed hobbyists who for years tuned in to the fence's frequency, around 216.98 MHz, to hear the pings and beeps created when orbiting objects reflect VHF radio signals back to Earth. According to the most recent report we could find from NASA, more than 21,000 objects larger than 10 centimeters are in orbit.

Because the Space Fence operated continuously, it collected reams of data about the objects that swarm around the Earth.

"The U.S. military also uses the data to offer a close approach warning service for owner-operators of the more than 1,000 active satellites in orbit," Weeden writes. "In 2012, satellite operators conducted 75 maneuvers to avoid potential collisions as a result of those warnings."