Accessibility links
Syria Debate In Congress: 4 Exchanges You Should Listen To : The Two-Way During a hearing before the Senate Foreign Relations Committee, the Obama administration began making its case for a military strike on Syria.

Syria Debate In Congress: 4 Exchanges You Should Listen To

Syria Debate In Congress: 4 Exchanges You Should Listen To 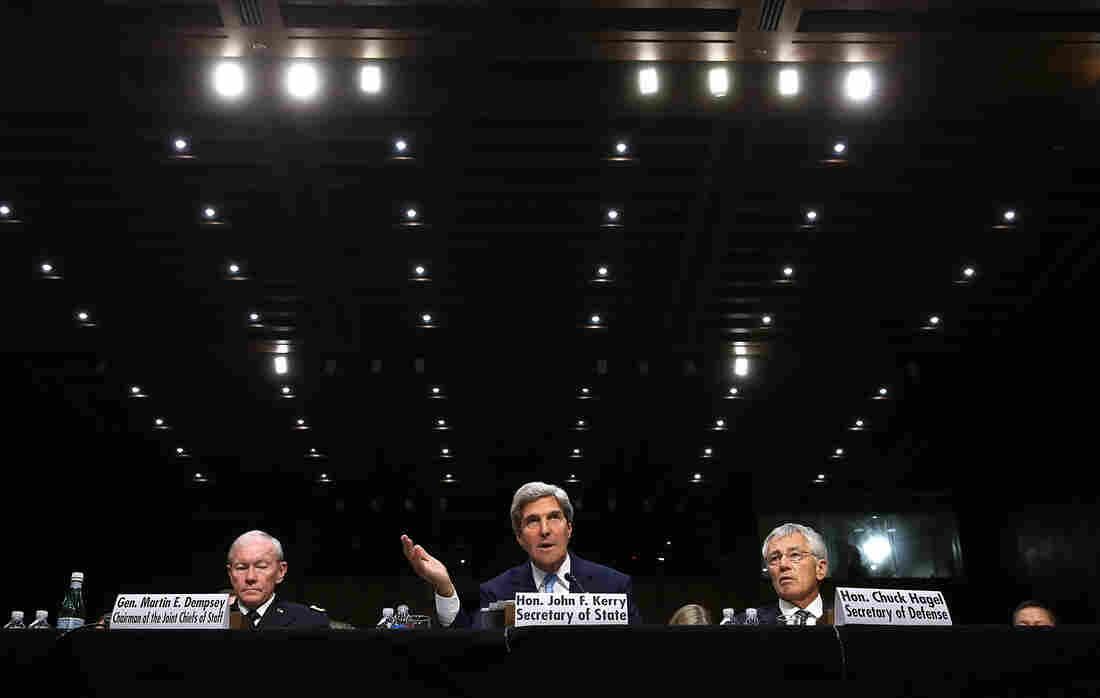 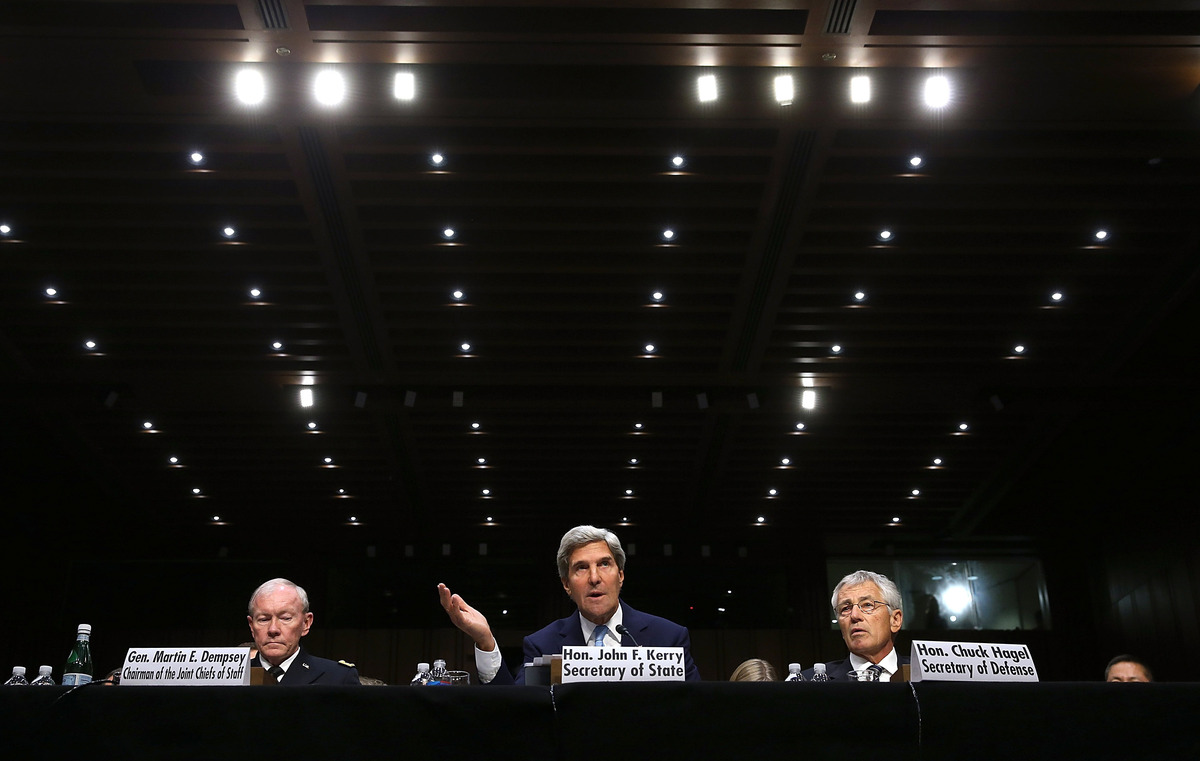 During a hearing before the Senate Foreign Relations Committee on Tuesday, the Obama administration began making its case for a military strike on Syria.

For about three hours, Secretary of State John Kerry, Defense Secretary Chuck Hagel and the Chairman of the Joint Chiefs of Staff Gen. Martin Dempsey answered questions about the administration's plans, which they are asking Congress to OK.

Over and over they made a few things clear: The administration has no intention to put troops on the ground and they are not viewing this operation as a "classical" war, but as a set of limited strikes to degrade the capability of Bashar Assad to launch chemical strikes against his own people. On the intelligence front, Kerry said that the administration is sure — "beyond a reasonable doubt" — it was the regime that used chemical weapons.

"Syria is important because quite simply, the risk of not acting is greater than the risk of acting," Kerry said in his opening statements. "If we don't take a stand here today, we are more likely to face far greater risks to our security and a far greater likelihood of conflict in the future.

"Why? Because as confidently as we know what happened in Damascus on August 21, we know that Assad will read our silence as a signal that he can use his weapons with impunity.

"And in creating impunity, we will be creating opportunity – the opportunity for other dictators and terrorists to pursue their own weapons of mass destruction, including nuclear weapons."

The three hours were a mostly cordial affair, with few fireworks or skepticism from lawmakers about the Obama decision to launch a military attack. In fact, many lawmakers asked why the mission on the table did not include an attempt to topple Assad.

We've put together four exchanges that will give an overview of the hearing and the case the administration is making before Congress:

-- Toward the beginning of the hearing, a protester was escorted out of the room. The woman was screaming, "We don't want another war." Kerry responded by saying the first time he testified before that committee, he was in the same position as that woman:

-- Sen. Tom Udall, a Democrat from New Mexico, pushed Kerry on why the United States was moving without international support, or without at least holding Russia and China responsible for blocking U.N. resolutions against Syria:

-- Sen. Jeff Flake, a Republican from Arizona, criticized the Obama administration for waiting for Congressional approval before launching a strike:

-- Perhaps the brightest fireworks came when Sen. Rand Paul, a Republican from Kentucky, questioned some of the central premises of the Obama administration: that U.S. national security is better off if the country launches a strike and that a strike will deter Assad from using chemical weapons in the future. Kerry responded strongly, saying what we know is what will happen if the U.S. doesn't act.

"If the United States of America doesn't hold him accountable for this... it's a guarantee Assad will do it again," said Kerry.