Accessibility links
'I Always Reserve The Right' To Act, Obama Says Of Syria : The Two-Way The president did not rule out going ahead with a military strike on the Assad regime's assets even if Congress does not agree. Obama is on the first day of a short trip to Europe. While there, he'll push for support from other world leaders.

'I Always Reserve The Right' To Act, Obama Says Of Syria

'I Always Reserve The Right' To Act, Obama Says Of Syria

Although he says he did not ask Congress to authorize the use of force against Syrian President Bashar Assad's regime "as a symbolic gesture," President Obama reiterated Wednesday that "I always reserve the right and responsibility to act on behalf of America's national security." 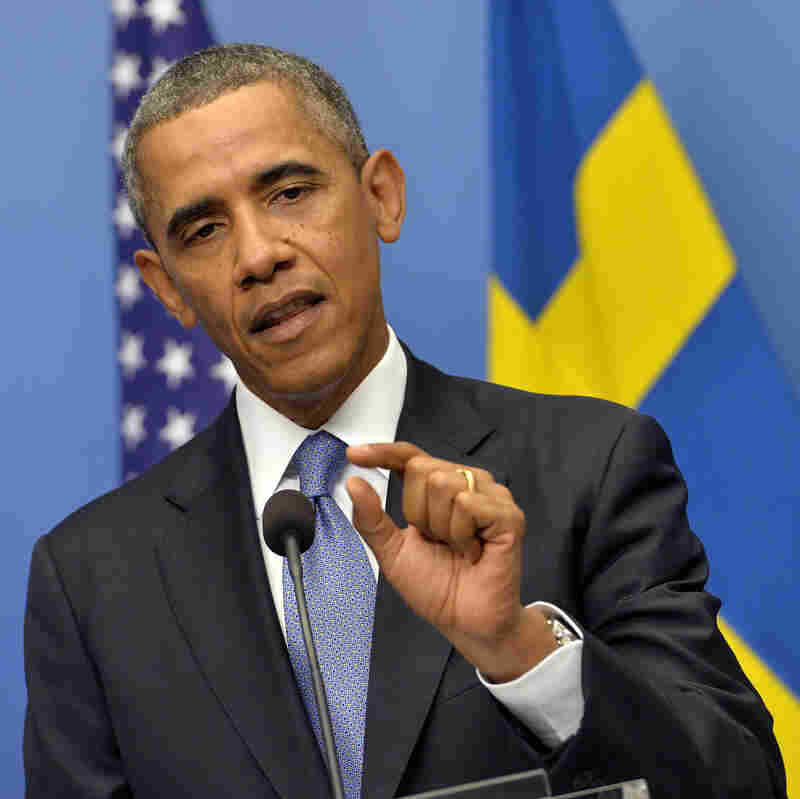 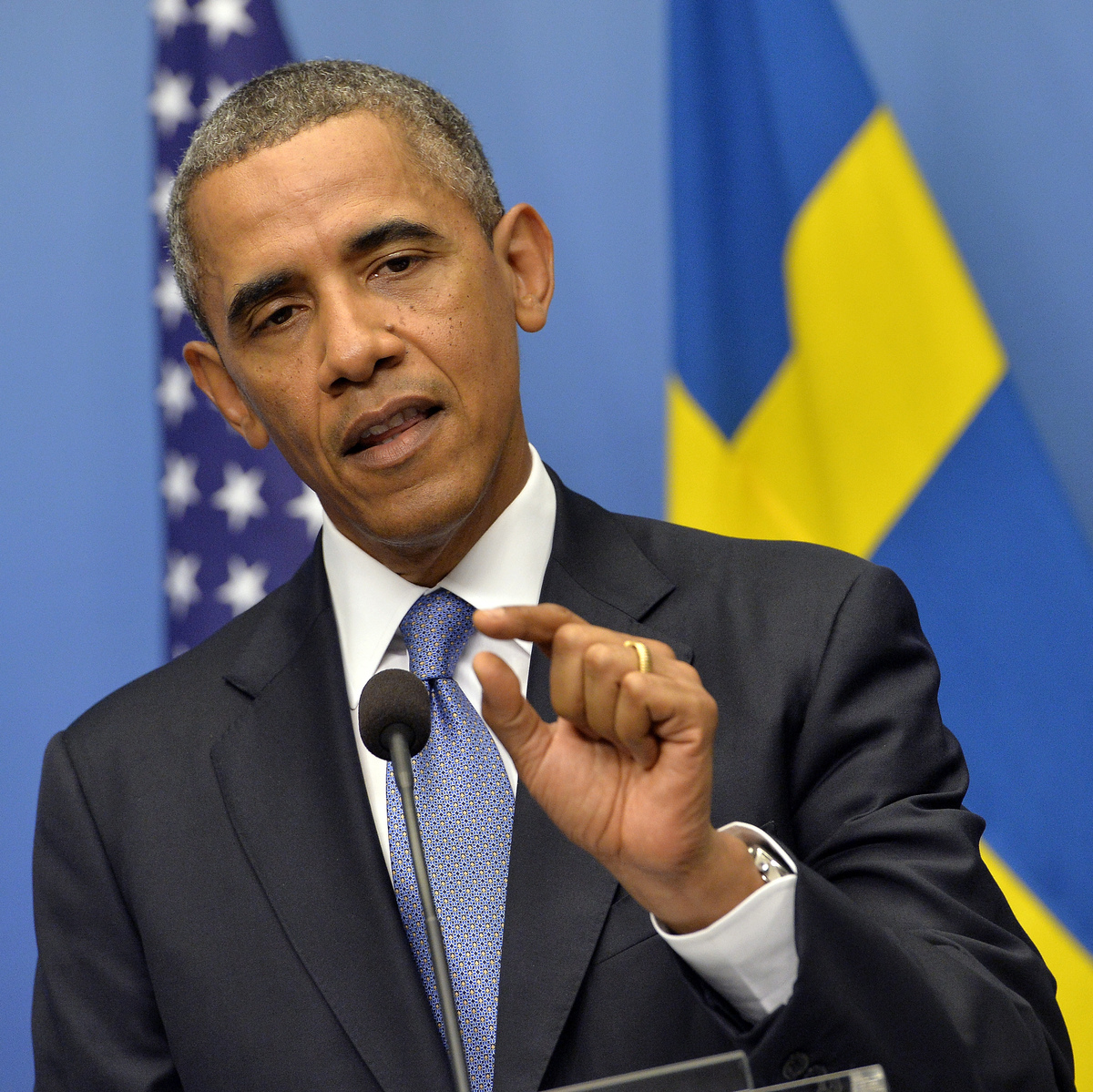 President Obama during his news conference Wednesday in Stockholm.

The president's comment came during a joint news conference in Stockholm with Swedish Prime Minister Fredrik Reinfeldt. Obama had been asked what he will do if Congress rejects his request to use military force as a way to respond to Assad's alleged use of chemical weapons. While the president did not say he would go ahead with his plan even without the OK of Congress, he did not rule that out.

Obama is on the first day of a short visit to Europe, during which he will press other international leaders to agree that the world must act in response to the attack near Damascus two weeks ago in which, the U.S. says, about 1,400 people were killed and even more were injured.

"If we don't" respond forcefully, Obama said of taking military action against Assad, "we are effectively saying that even though we may condemn it [the use of chemical weapons] ... somebody who is not shamed by resolutions can continue to act with impunity."

Echoing a comment made Tuesday by House Minority Leader Nancy Pelosi, D-Calif., Obama also said that "I didn't set a red line" by saying Assad would be crossing such a mark if he used chemical weapons. "The world set a red line," Obama said, "when governments representing 98 percent of the world's population said the use of chemical weapons [is] abhorrent."

And Congress, he added, "set a red line when it ratified that treaty" after World War I.

Nations cannot just "shake our heads and go about our business" after attacks such as what happened in Syria, Obama said.

Prime Minister Reinfeldt said of Sweden's position that "this small country will always say 'let's put our hope in the United Nations' " and that he's hoping any decision on the use of force will be put off until U.N. inspectors report about what they found at the site of the attack in Syria. But, Reinfeldt added, "I understand the problem of not having a reaction to the use of chemical weapons and what kind of signal that sends to the rest of the world."