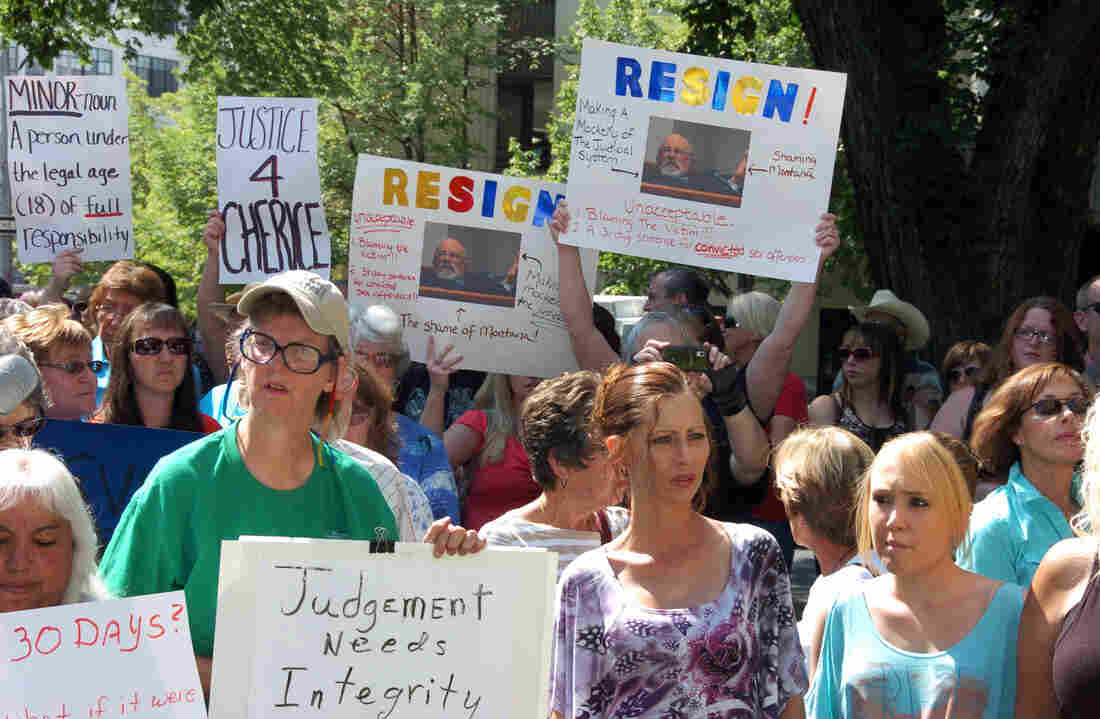 Protesters gathered outside the Yellowstone County Courthouse in Billings, Mont., on Thursday, call for the resignation of a state judge over comments he made about the teenage victim in a rape case. Matt Brown/AP hide caption 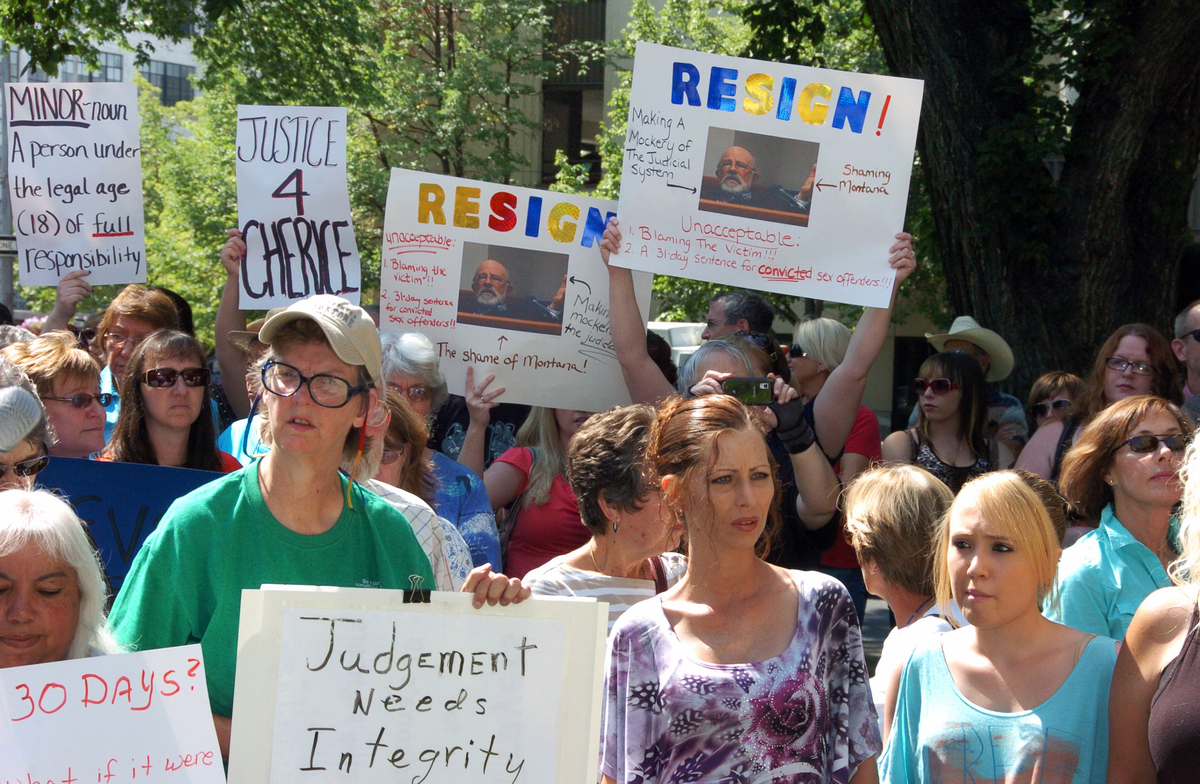 Protesters gathered outside the Yellowstone County Courthouse in Billings, Mont., on Thursday, call for the resignation of a state judge over comments he made about the teenage victim in a rape case.

Montana prosecutors on Wednesday decided to appeal a 30-day jail sentence given to a former teacher who admitted to raping a 14-year-old student.

District Judge G. Todd Baugh unleashed a firestorm of criticism when he issued the lenient sentence saying that the victim, who later committed suicide, "seemed older than her chronological age."

"Attorneys for the state and Yellowstone County say a minimum of two years in prison for Rambold is mandated under state law.

" 'We believe that the sentence Judge Baugh imposed on Stacey Rambold is illegal,' Attorney General Tim Fox said in a statement. 'Using the means provided by state law, we are appealing his sentence and working diligently to ensure that justice is served.'

" 'Mrs. Hanlon was horribly disappointed with the 30-day sentence and was, frankly, quite shocked,' said the attorney, Shane Colton. 'She's pleased that the county attorney's office and attorney general's office understands that the most significant date to be considered in this sentencing is Cherice's birthday. She was 14.' "

Just before the state prosecutors made their announcement, Baugh tried to take back his sentence.

The Billings Gazette reports that Baugh ordered a resentencing hearing for Friday, saying his original order was illegal.

"Baugh said he imposed the 30-day prison sentence based on a memorandum submitted by the defense, and prosecutors 'did not object or otherwise inform the Court on the issue of the applicable mandatory minimum.' "

The AP reports that prosecutors will ask Baugh to cancel Friday's hearing. The appeal may make it all the way to the state Supreme Court.