Accessibility links
U.N. Ambassador: No Syria Option Through Security Council : The Two-Way Samantha Power said as long as Russia has veto power a resolution on Syria has no chance of passing. 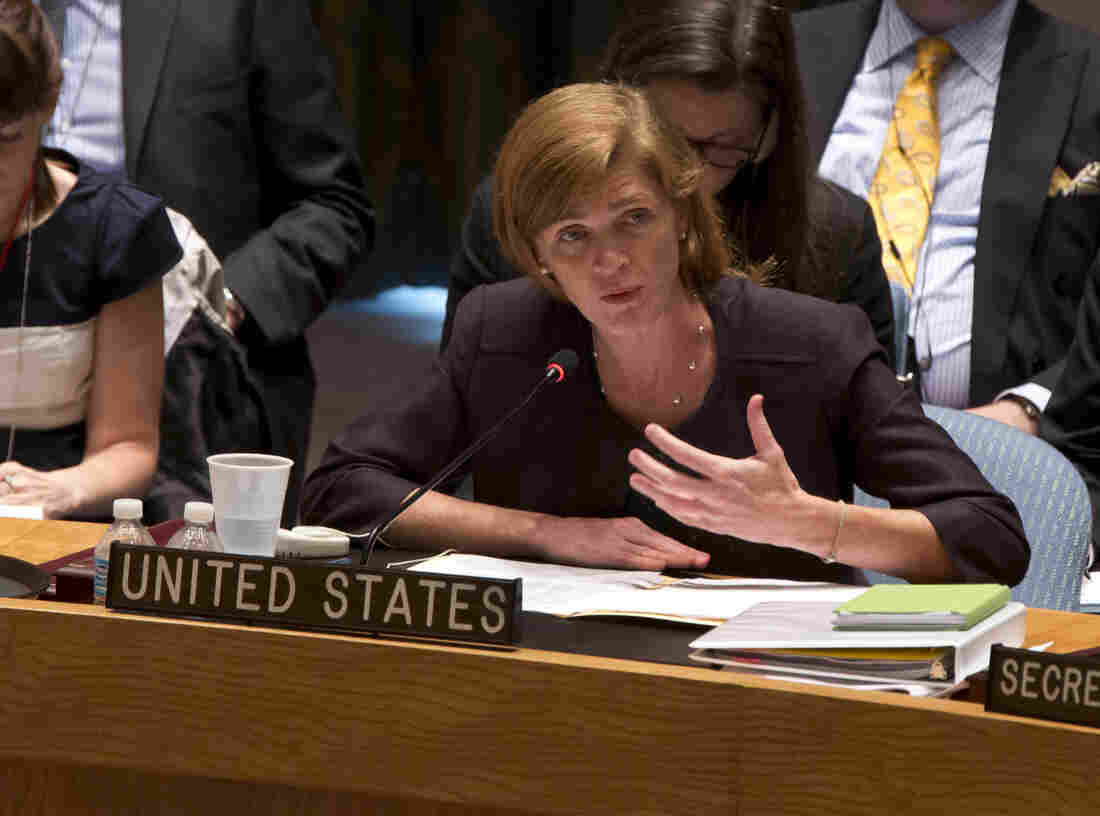 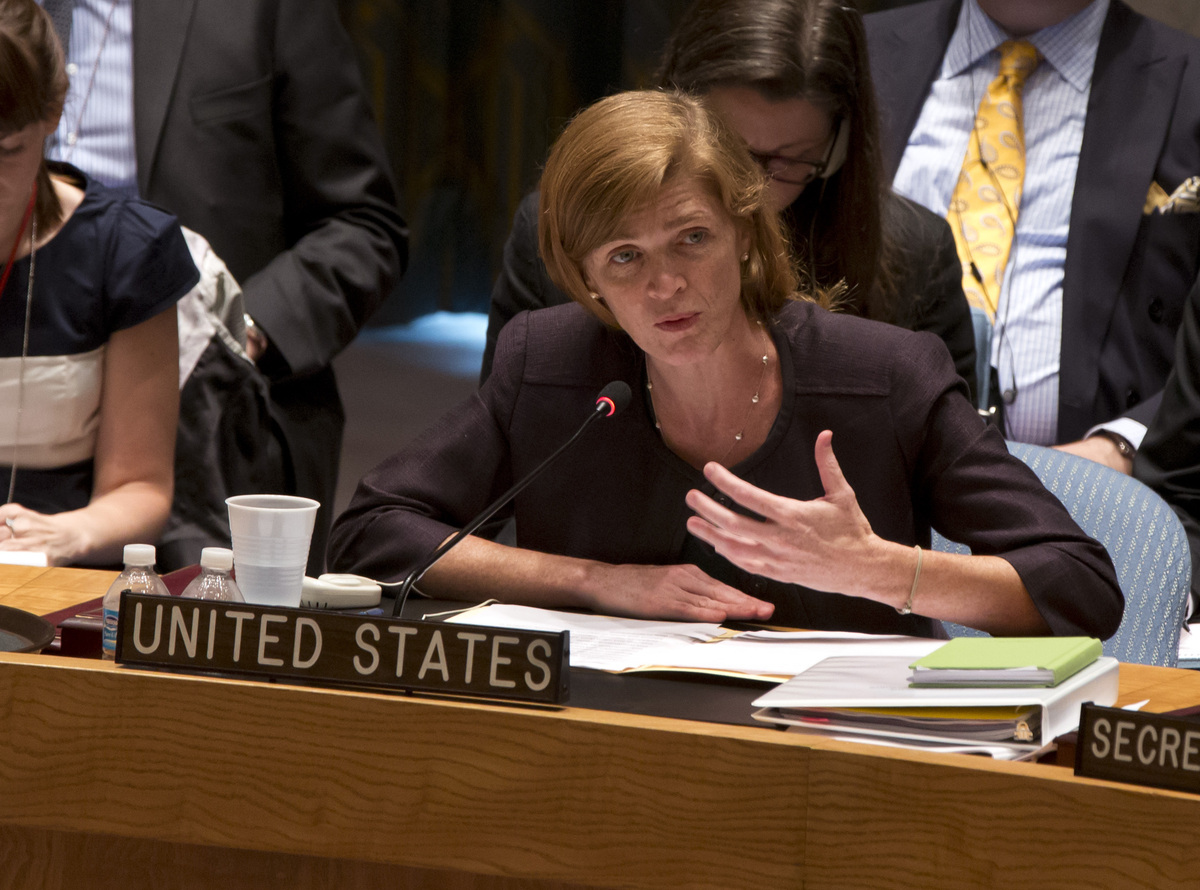 The United States Ambassador to the United Nations gave up on the Security Council today, saying she sees "no viable path forward," for U.N.-sanctioned action in Syria.

NPR's Michele Kelemen filed this report for our Newscast unit:

"The Obama administration's new envoy to the U.N., Samantha Power, says the international system devised in 1945 to deal with such threats is not working the way it was supposed to.

"'It has not protected peace and security for the hundreds of Syrian children who were gassed to death on August 21,' Power said. 'It is not protecting the stability of the region; it is not standing behind now an internationally accepted ban on the use of chemical weapons.'

"She says Russia is holding the Council hostage. And as the U.S. considers a military strike on Syria, Power says there's no reason to think there is an available path forward at the U.N."

As we've explained, Russia and China, permanent Security Council members who can veto any action, have repeatedly said they will block any resolution authorizing military strikes against Syria.