Accessibility links
Report: 'Iran Plots Revenge' If U.S. Strikes Syria : The Two-Way Iran has told militants in Iraq to attack the U.S. embassy in Baghdad and other American interests if the U.S. hits military targets in Syria, The Wall Street Journal reports. Meanwhile, President Obama continues to lobby world leaders for support of taking action against the Assad regime. 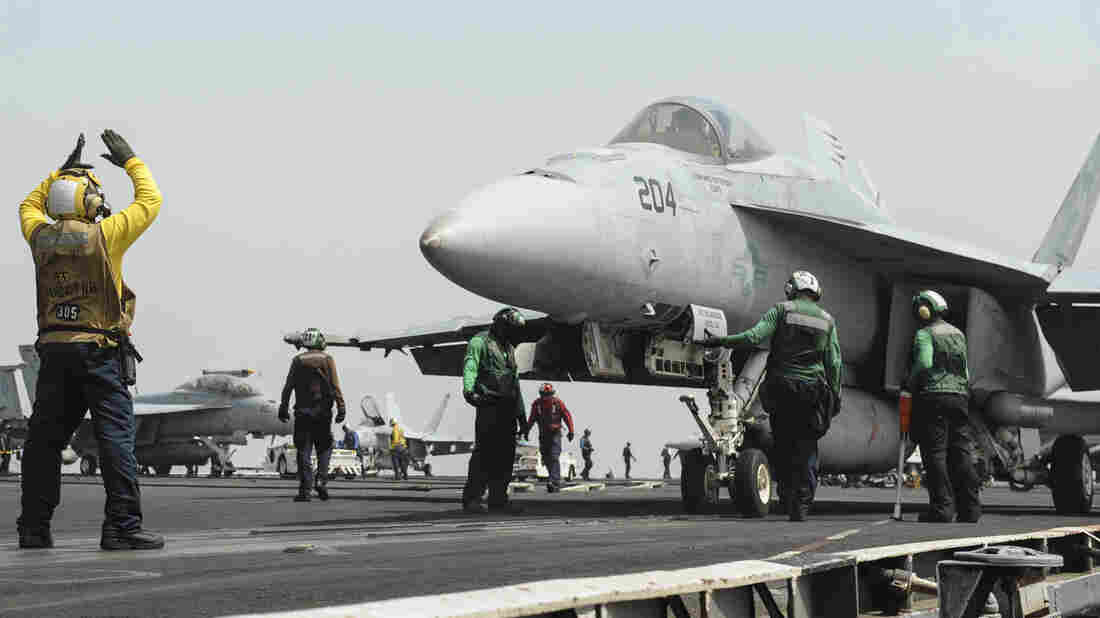 A U.S. Navy F/A-18F Super Hornet prepares to launch from the aircraft carrier USS Nimitz earlier this week in the Red Sea. The ship is among U.S. military assets in the region. Nathan R. McDonald /UPI/Landov hide caption 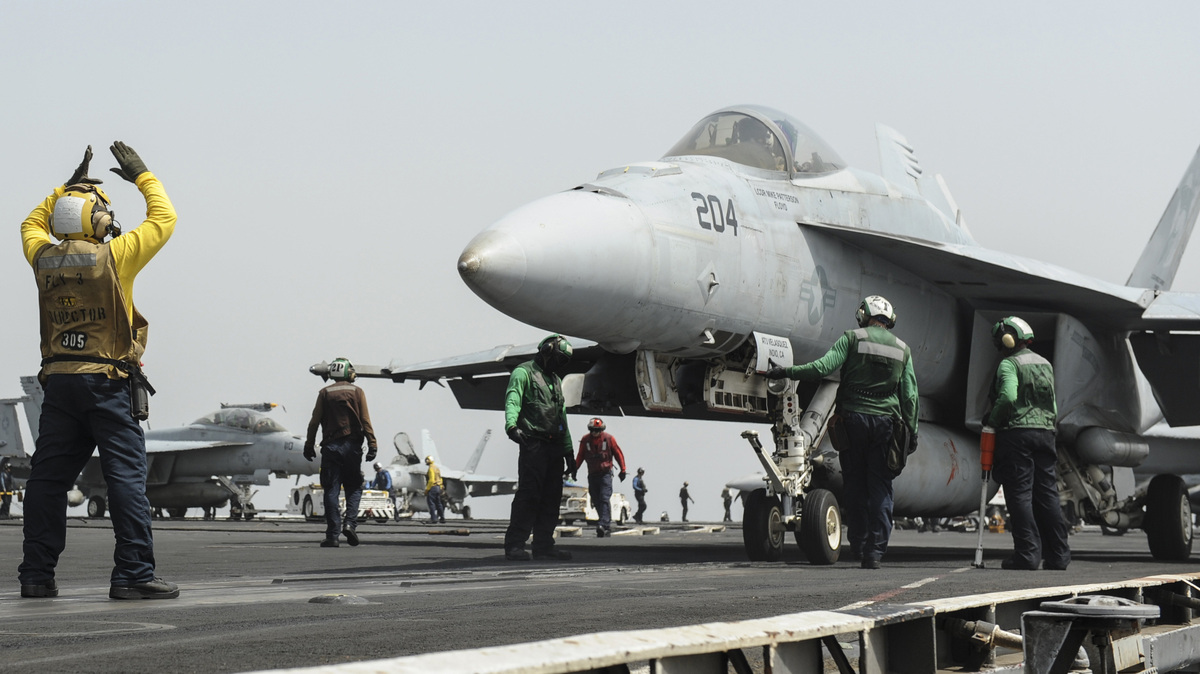 A U.S. Navy F/A-18F Super Hornet prepares to launch from the aircraft carrier USS Nimitz earlier this week in the Red Sea. The ship is among U.S. military assets in the region.

"The U.S. has intercepted an order from Iran to militants in Iraq to attack the U.S. Embassy and other American interests in Baghdad in the event of a strike on Syria," The Wall Street Journal reports.

Citing "U.S. officials" as its sources, the Journal says the intelligence is among "an expanding array of reprisal threats across the region. It adds that "U.S. officials said they are on alert for Iran's fleet of small, fast boats in the Persian Gulf, where American warships are positioned. U.S. officials also fear Hezbollah could attack the U.S. Embassy in Beirut."

New Report at 7:15 a.m. ET. White House Believes No Other Nation Will Want To "Pick A Fight":

On Morning Edition moments ago, White House Deputy National Security Adviser Tony Blinken said of Iran and other nations that "none of these countries have an incentive to pick a fight with the U.S." He added that "if anyone tries to do anything to escalate," the U.S. is prepared to respond.

Iran, along with Russia, China and the Lebanon-based Shiite militant group Hezbollah, is among the relatively few "friends" still supporting Syrian President Bashar Assad. As the Parallels blog has explained, "their relationship dates back to the years after the 1979 Islamic revolution in Iran."

NPR has not independently confirmed the Journal's report.

Meanwhile, as NPR's Scott Horsley reports from St. Petersburg, Russia, President Obama will use the second and final day of the G-20 Summit of world leaders to continue pressing for support of his plan to strike Syria. Obama believes Syrian President Bashar Assad's regime must be held accountable for a chemical weapons attack near Damascus last month that the U.S. believes killed more than 1,400 people.

In between meetings with other leaders, Scott adds, Obama has also been calling members of Congress to lobby for their support. The president has said that while he reserves the right to go ahead and use force, he wants a green light from Congress because that would signal to the world that the U.S. is united on the need to take action.

The Senate is expected to vote next week on a resolution that supports a strike on Syria, reports NPR's Ailsa Chang. But she tells our Newscast Desk that, "although the top-ranking leaders in both parties of the House say they're going to back the president's plan, it's not clear what good that will do. Even the House Democrats who say they're used to siding with President Obama on most issues are feeling extremely conflicted. ... So far, House leaders haven't said when they expect to vote — they may wait to take up whatever resolution passes the Senate."