Accessibility links
'Pretty Solid Jobs Report' Likely; Will Fed Then Dial Back? : The Two-Way As soon as the August jobs report is released Friday morning, speculation will begin about how the central bank will react.

'Pretty Solid Jobs Report' Likely; Will Fed Then Dial Back?

'Pretty Solid Jobs Report' Likely; Will Fed Then Dial Back? 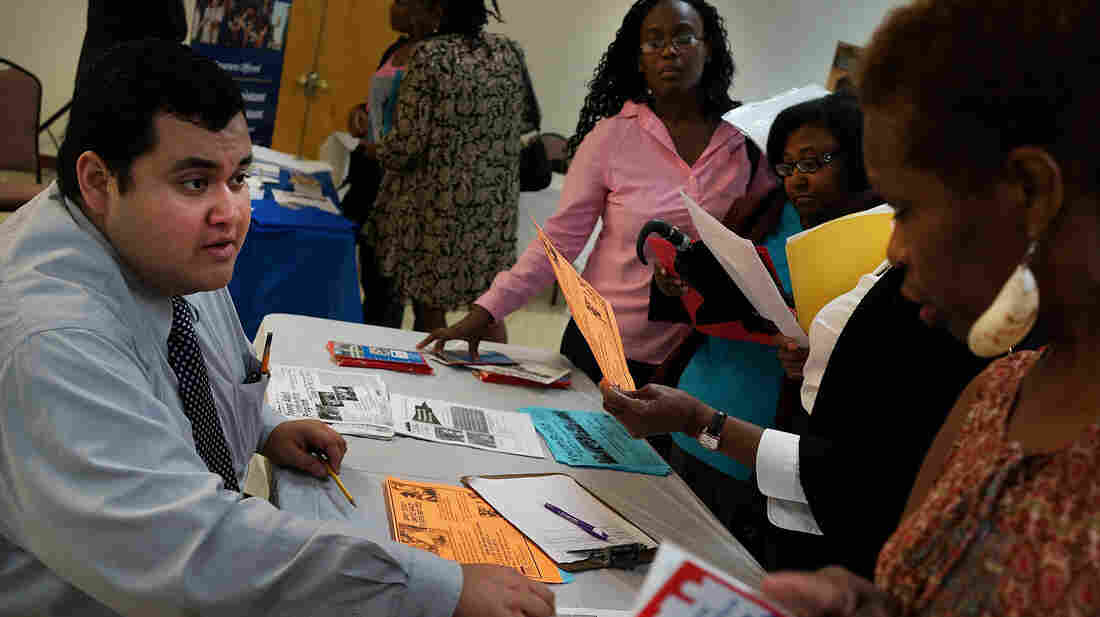 The scene last month at a "Beyond the Dream" job fair in Brooklyn, N.Y. Data on the month's job growth and unemployment rate are due Friday morning. Spencer Platt/Getty Images hide caption 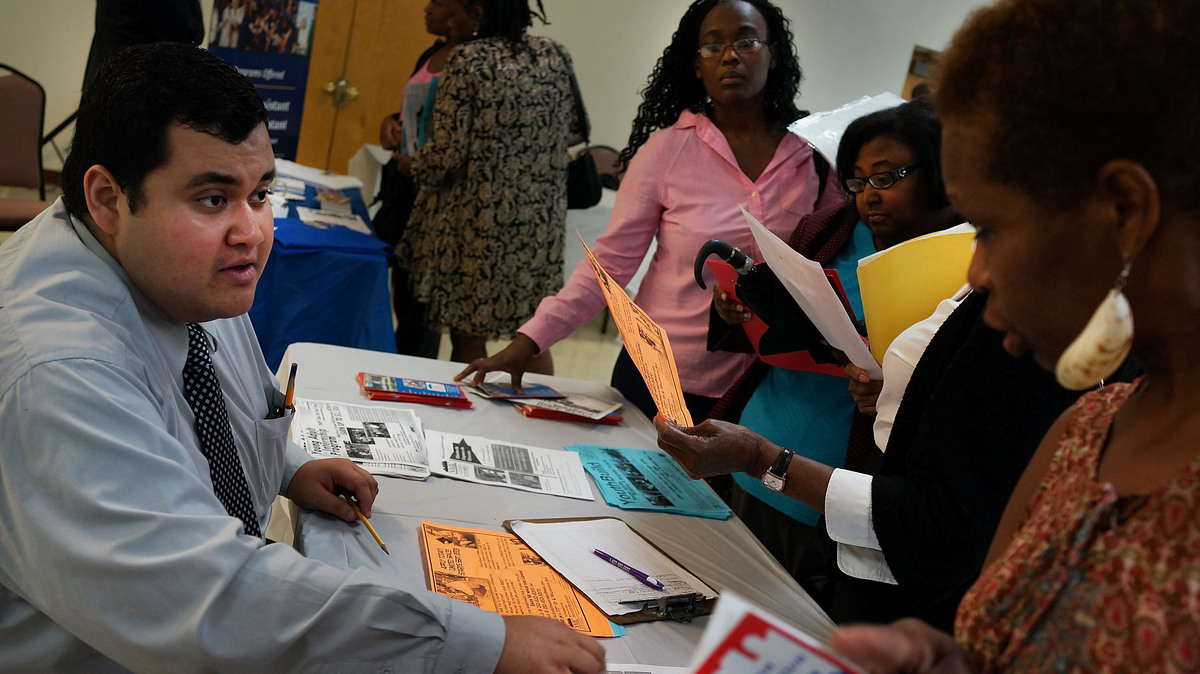 The scene last month at a "Beyond the Dream" job fair in Brooklyn, N.Y. Data on the month's job growth and unemployment rate are due Friday morning.

Economists expect to hear that about 180,000 jobs were added to payrolls and that the nation's unemployment rate held steady at 7.4 percent last month when the Bureau of Labor Statistics issues its highly anticipated report about the August employment situation at 8:30 a.m. ET.

If that is what BLS says, then the pace would have picked up slightly from July's estimated gain of 162,000. And it would be "pretty solid" growth, NPR's John Ydstie said on Morning Edition, that could help persuade Federal Reserve policymakers to begin dialing back their $85 billion-per-month bond-buying program that has been giving the economy a boost.

Fed policy makers next meet on Sept. 17 and 18. John says that a jobs report close to the expectations would make it very likely the Fed will decide to scale back its bond-buying program.

We'll post highlights from the jobs report shortly after its release. We'll also watch for how financial markets react. As usual, "good" news on job growth could be interpreted a couple of ways:

-- Investors might cheer, and the stock market then rally, because a strong jobs report is another sign that the U.S. economy is on the mend and doesn't need as much support from the Fed.

-- Investors might worry, and stocks drop, if the conventional wisdom is that "good" news is really "bad" news because it means the Fed is going to "take away the punch bowl" just as the economy starts partying again.