Accessibility links
EU Nations Join To Blame Syria, But Not To Support An Attack : The Two-Way Despite Secretary of State John Kerry's call to support military strikes after an alleged chemical attack by the Syrian regime, members of the European Union say diplomacy should be the priority.

EU Nations Join To Blame Syria, But Not To Support An Attack

EU Nations Join To Blame Syria, But Not To Support An Attack 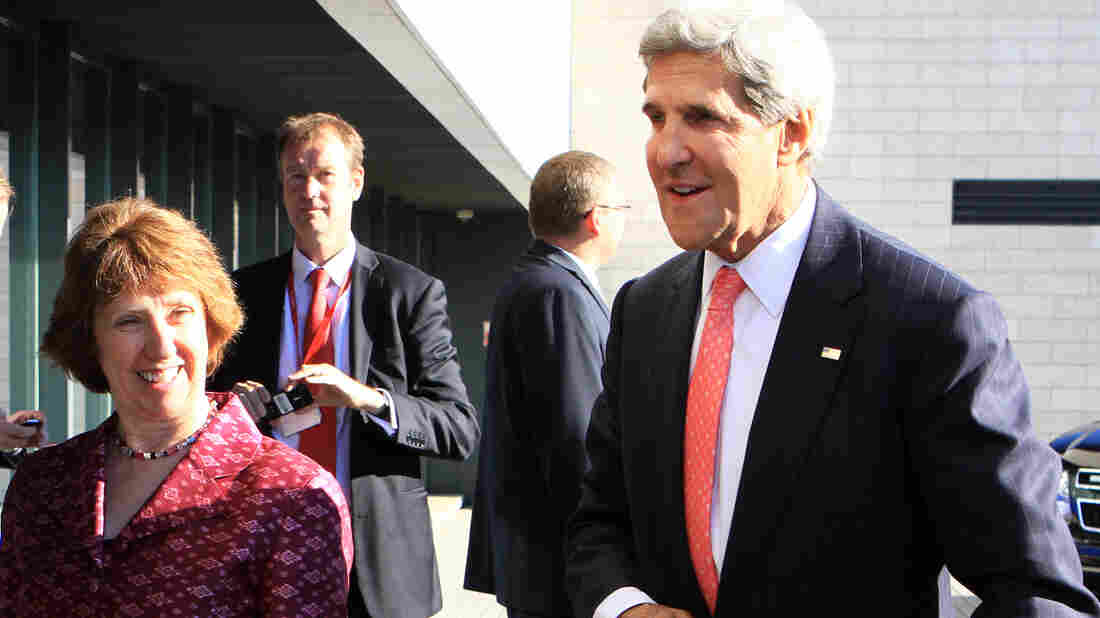 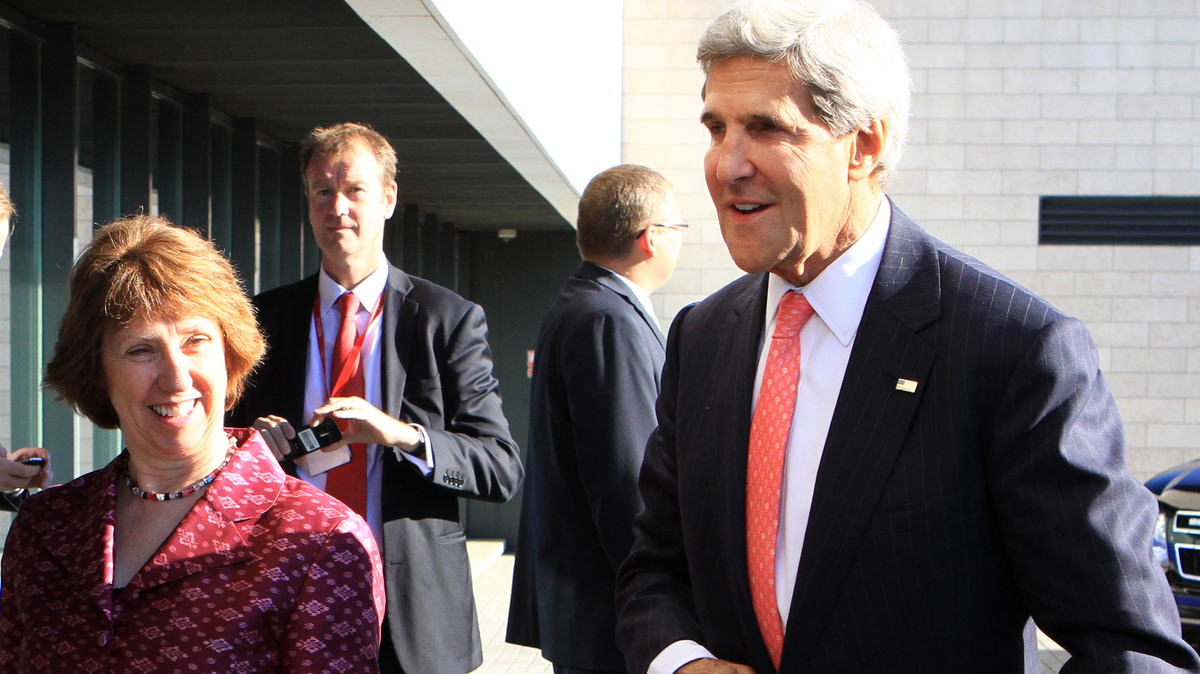 Secretary of State John Kerry urged European Union officials, including foreign policy chief Catherine Ashton, left, to support military action in Syria to punish the country for a chemical attack on its citizens.

America's most powerful European allies agree that Syria should be held responsible for what the U.S. calls a chemical weapons attack on Syrian citizens on Aug. 21. Despite Secretary of State John Kerry's request to support military strikes, members of the European Union believe diplomacy should be the priority.

"Seeking to forge a common position on Syria, EU foreign policy chief Catherine Ashton says the 28 EU governments are unanimous that the Syrian regime is the likely perpetrator of the Aug. 21 chemical attack and that something must be done.

"'A clear and strong response is needed to make clear such crimes are unacceptable and there can be no impunity,' she says.

"Ashton gave no sign the bloc as a whole is shifting toward support for military action. So far, only France backs possible strikes on the Syrian regime and Ashton welcomed the French promise to delay any moves until U.N. inspectors conclude their report on the attack.

"Asked whether the EU is urging Washington to also wait on U.N. conclusions, Ashton said the ministers didn't ask Secretary Kerry to 'pledge anything.' "

Kerry's meetings with Ashton and other ministers came after President Obama sought support for military action at the two-day G-20 summit in Russia, which ended Friday. The president's efforts did not yield a substantial shift in government's plans.

"Just over half of the G-20 states signed up to a statement calling for a 'strong' response to last month's alleged chemical attack," Agence France-Presse reports. "France, the only EU nation to have offered to take part in an attack, was one of four European states — with Britain, Italy and Spain — among the 11 nations that signed the statement."

That group did not include Germany, but the nation did join in the European Union's blaming of Syrian President Bashar al-Assad on Saturday, the AP reports.

At the EU sessions held in Lithuania, ministers called for acting against Syria by using the United Nations. But U.S. officials are saying the U.N. — particularly the Security Council — may not represent the best channel for action.

Speaking at the Center for American Progress Friday, U.S. Ambassador to the U.N. Samantha Power said the Security Council has been hobbled by Russia's refusal to act against Syria, even after it "staged the largest chemical weapons attack in a quarter century."

Powers called Syria "one of those occasions — like Kosovo — when the Council is so paralyzed that countries have to act outside it if they are to prevent the flouting of international laws and norms."