Accessibility links
Tokyo Will Host The 2020 Summer Olympics, Beating Out Istanbul : The Two-Way Tokyo has been chosen to host the 2020 Olympic and Paralympic Summer Games, the IOC said in an announcement that was streamed live Saturday. Tokyo won 60 votes in the final round, to Istanbul's 36. 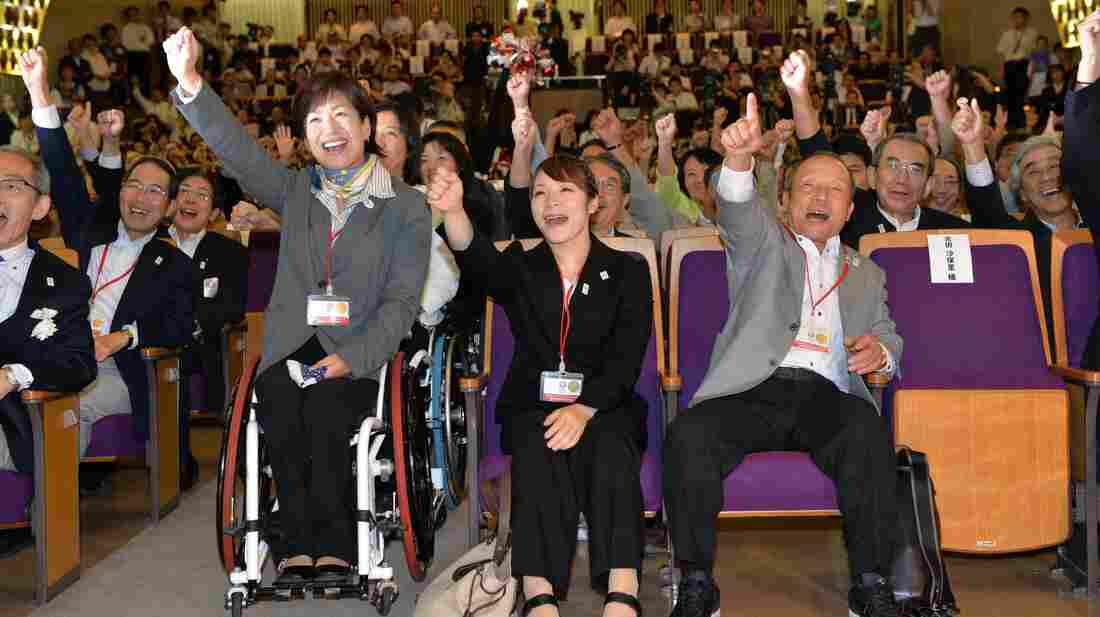 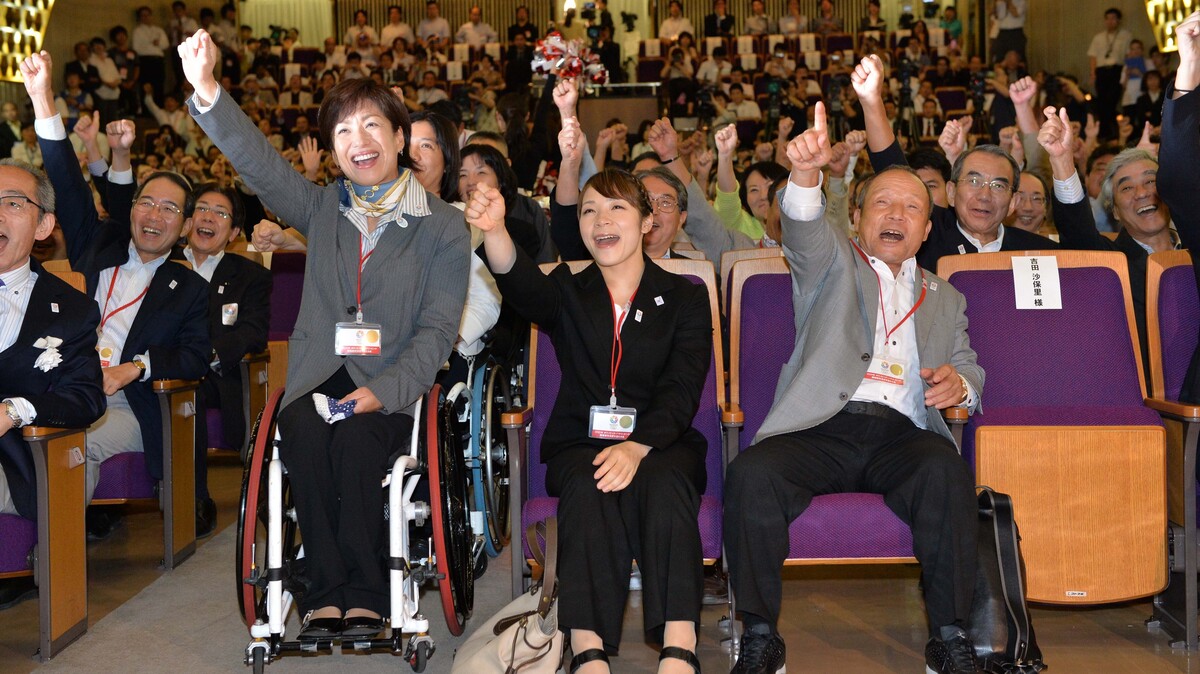 It will be Tokyo, not Istanbul or Madrid, who hosts the 2020 Summer Olympics, the International Olympic Committee and its president, Jacques Rogge, announced in Buenos Aires Saturday. Rival city Madrid was eliminated in the first round of voting. We have updated this post with the latest news.

Madrid and Istanbul had been tied after the first round with 26 votes each, according to the Games Bids site. After Istanbul was chosen over Madrid in a runoff, Tokyo won 60 votes in the third round, to Istanbul's 36.

Tokyo has been chosen to host the 2020 Olympic and Paralympic Summer Games, the IOC said in an announcement that was streamed live online Saturday afternoon.

In selecting Tokyo, IOC officials ended a recent trend that had favored holding the Olympics in cities or regions that haven't previously hosted the games. Tokyo hosted the Summer Olympics in 1964; the Winter Games were held in Nagano in 1998.

But Tokyo officials also promoted their city's bid as symbolizing a new chapter for Japan, which is still recuperating from the tsunami and earthquake that devastated swaths of the country in 2011. Organizers have said they plan to have Olympic torchbearers run through areas hit by the tsunami.

After the initial round of voting, Istanbul won a runoff over Madrid, leaving Tokyo firmly in the favored spot.

The final announcement came as a striking turnabout for the Turkish delegation, which had earlier believed it had won not just the runoff vote but the competition itself, reports the Inside the Games website.

Officials from the three cities made their final pitches today. We'll update this post with the news of the winning city. We expect the announcement just after 4 p.m. ET.

As of earlier this week, oddsmakers saw Tokyo as a slight favorite to win. All of the finalists have submitted recent bids to host the Olympics. And all three were widely seen as having flaws that endanger their chances: 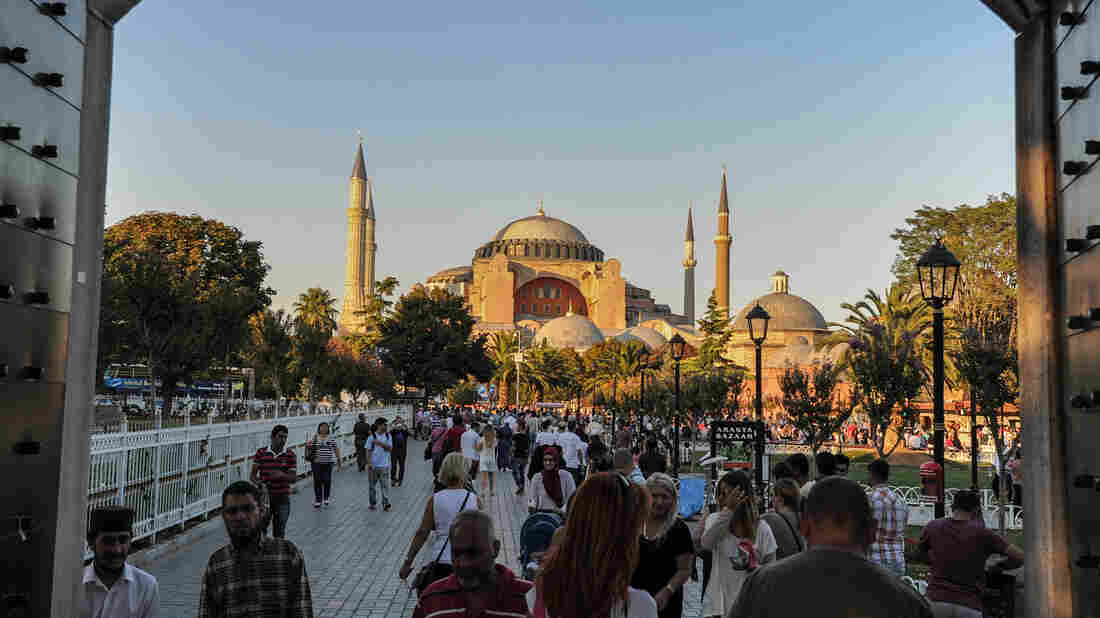 Turkish officials had hoped to bring the 2020 Olympics to Istanbul. Here, the city's Hagia Sophia Museum is seen in the background, with Sultan Ahmed Square in the foreground. AP hide caption 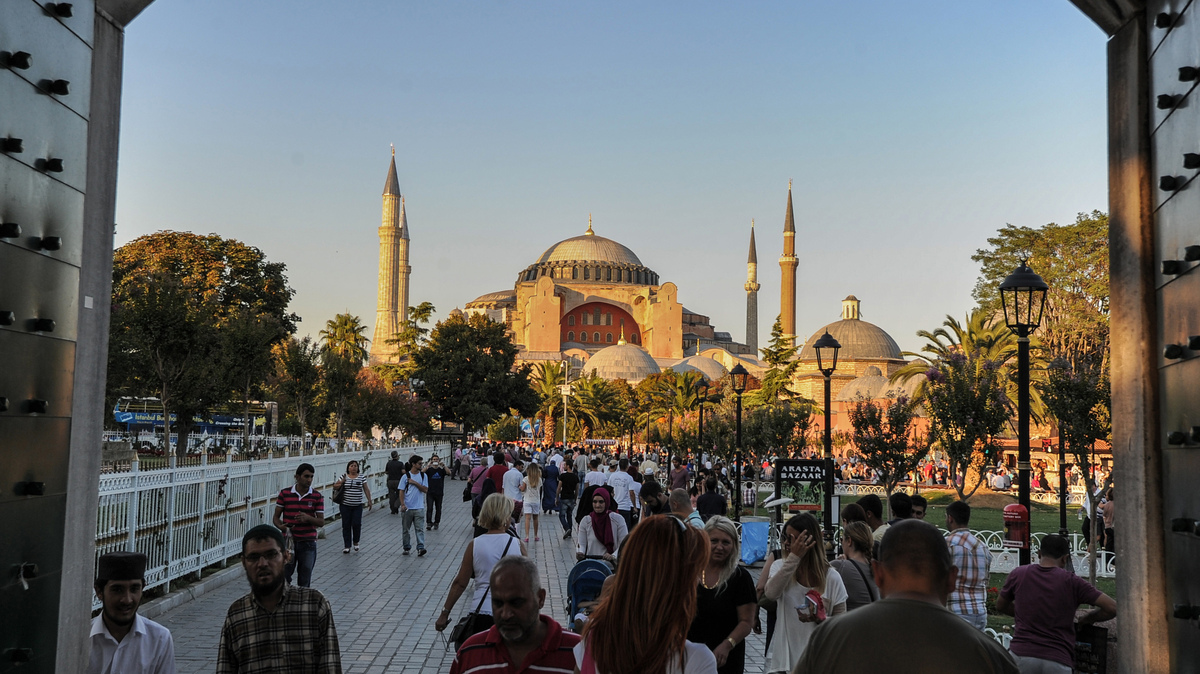 Turkish officials had hoped to bring the 2020 Olympics to Istanbul. Here, the city's Hagia Sophia Museum is seen in the background, with Sultan Ahmed Square in the foreground.

Bids from the cities of Baku, Azerbaijan, and Doha, Qatar, were not selected for the final round.

In coming days, the IOC meetings will also produce the final list of sports that will be part of the 2020 Games. Wrestling, squash, and a combined bid from baseball and softball are in contention for one remaining slot. And IOC officials will also select a new president to replace the outgoing Jacques Rogge.