Accessibility links
'New' Van Gogh Painting Identified; Was In A Norwegian Attic : The Two-Way Sunset at Montmajour was painted in 1888. Because it was unsigned, researchers had doubted its authenticity. But now, thanks to closer examinations of the canvas, brush strokes and letters that Van Gogh wrote, experts are convinced it's the real thing.

'New' Van Gogh Painting Identified; Was In A Norwegian Attic

'New' Van Gogh Painting Identified; Was In A Norwegian Attic 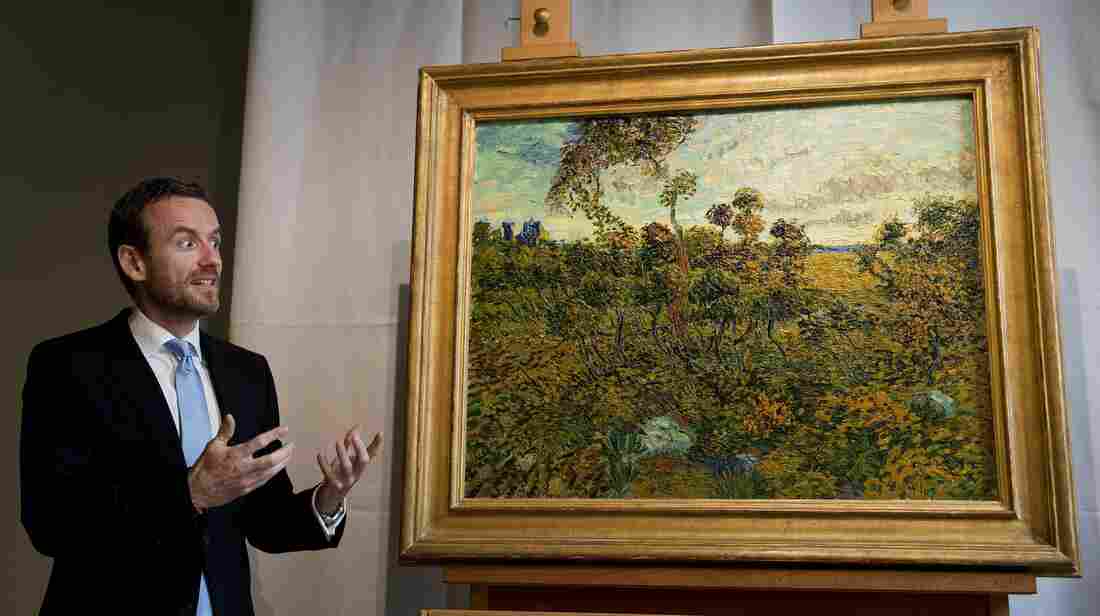 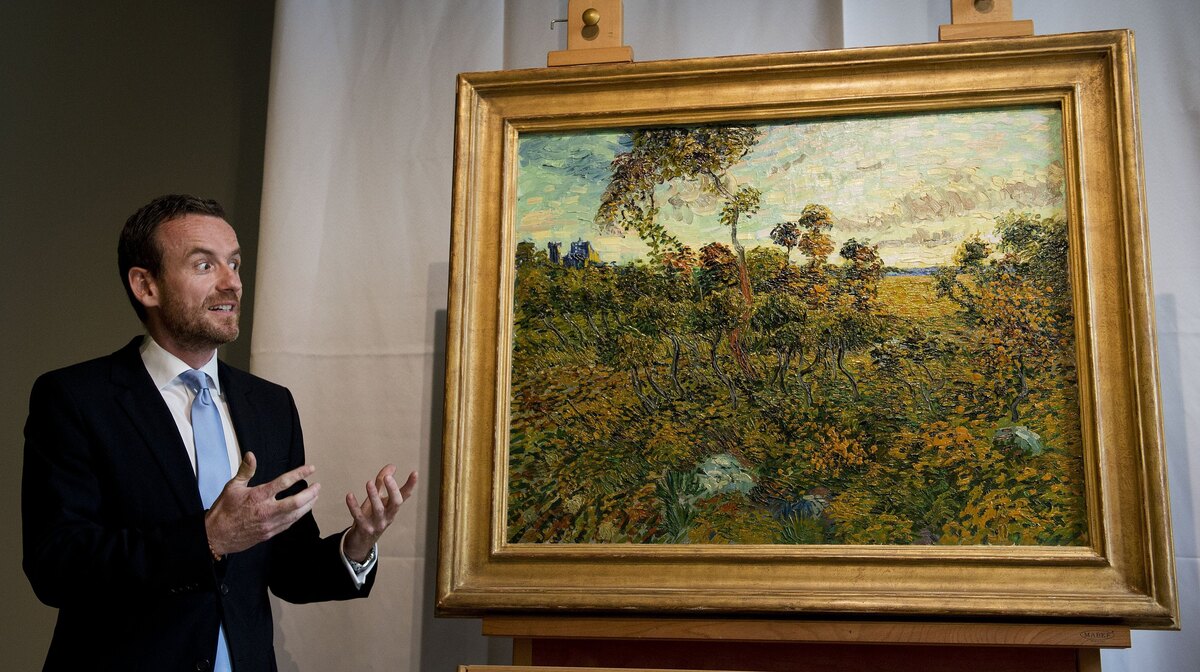 Alex Ruger, director of the Van Gogh Museum in Amsterdam, at the unveiling Monday of Vincent Van Gogh's Sunset at Montmajour.

A painting that had earlier been thought to be a fake and had been stored for decades in the attic of a Norwegian home has now been identified as a long-lost work by Vincent Van Gogh.

Sunset at Montmajour has been authenticated thanks to "extensive research into [its] style, technique, paint, canvas, the depiction, Van Gogh's letters and the provenance," Van Gogh Museum Director Axel Ruger says in a statement posted Monday by the Amsterdam museum.

The painting, writes The Associated Press, "depicts a dry landscape of oak trees, bushes and sky, painted with Van Gogh's familiar thick brush strokes. ... Ruger said the museum had itself rejected the painting's authenticity once in the 1990s, in part because it was not signed by the artist."

Among the reasons why researchers now say it's a real Van Gogh, the AP adds, is that "it can be dated to the exact day it was painted because Vincent described it in a letter to his brother, Theo, and said he painted it the previous day — July 4, 1888."

"It was also painted on the same type of canvas, with the same type of underpainting he used for at least one other painting, The Rocks (owned by the Museum of Fine Arts in Houston) of the same area at the same time, according to the museum. The work was also listed as part of Theo van Gogh's collection in 1890, and was sold in 1901."

"Until 1901, it was in the family collection owned by Vincent's brother, Theo, said Marije Vellekoop, head of collections, research and presentation for the museum. It was exhibited in Paris and sold to a Paris art dealer, who then sold it to a Norwegian collector in 1908, she said. Shortly after that, Ms. Vellekoop added, 'it was declared a fake, or not an original' and the Norwegian collector banished it to his attic, where it stayed until the current owners purchased it from him. Ms. Vellekoop declined to give any more information about the date of purchase or the owners."

The setting for Sunset at Montmajour is near Arles, France, where Van Gogh was living in 1888.

His masterpieces include The Sunflowers, The Yellow House and The Bedroom. As the AP says, "Van Gogh paintings are among the most valuable in the world, selling for tens of millions of dollars on the rare occasions one is sold at an auction."

Sunset at Montmajour will be on display to the public at the Van Gogh Museum, in Amsterdam, starting Sept. 24.