Accessibility links
Found At Sea: 30 Tons Of Hashish, On Fire : The Two-Way Crew members set the fire to get rid of their cargo, according to officials in Italy and Malta. Authorities had approached the Gold Star, a Tanzania-registered ship, for an inspection Friday afternoon.

Found At Sea: 30 Tons Of Hashish, On Fire

Found At Sea: 30 Tons Of Hashish, On Fire 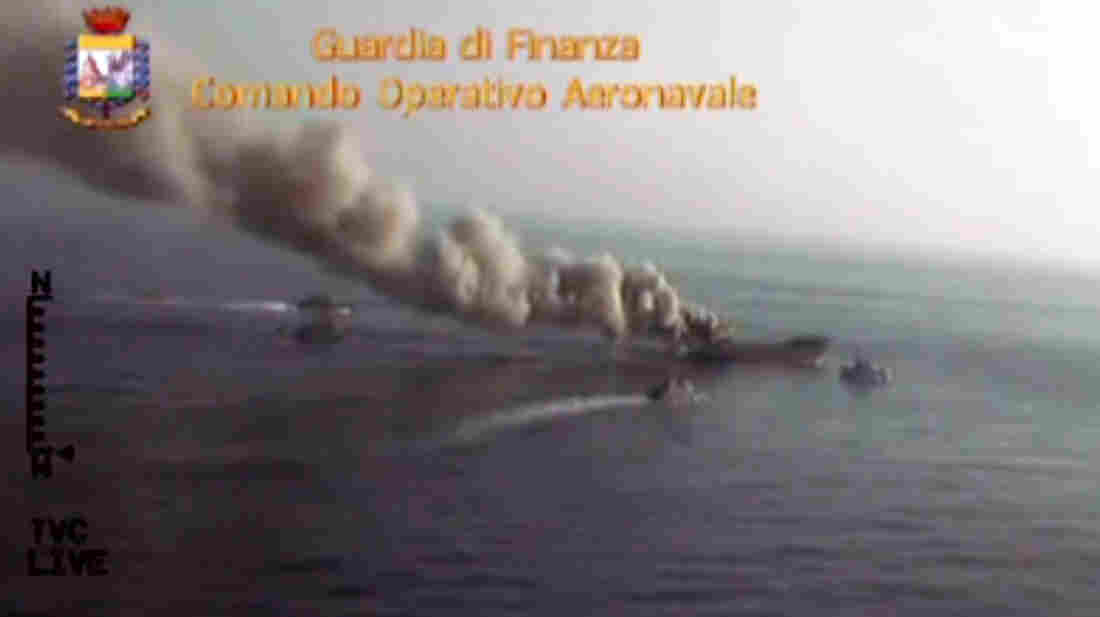 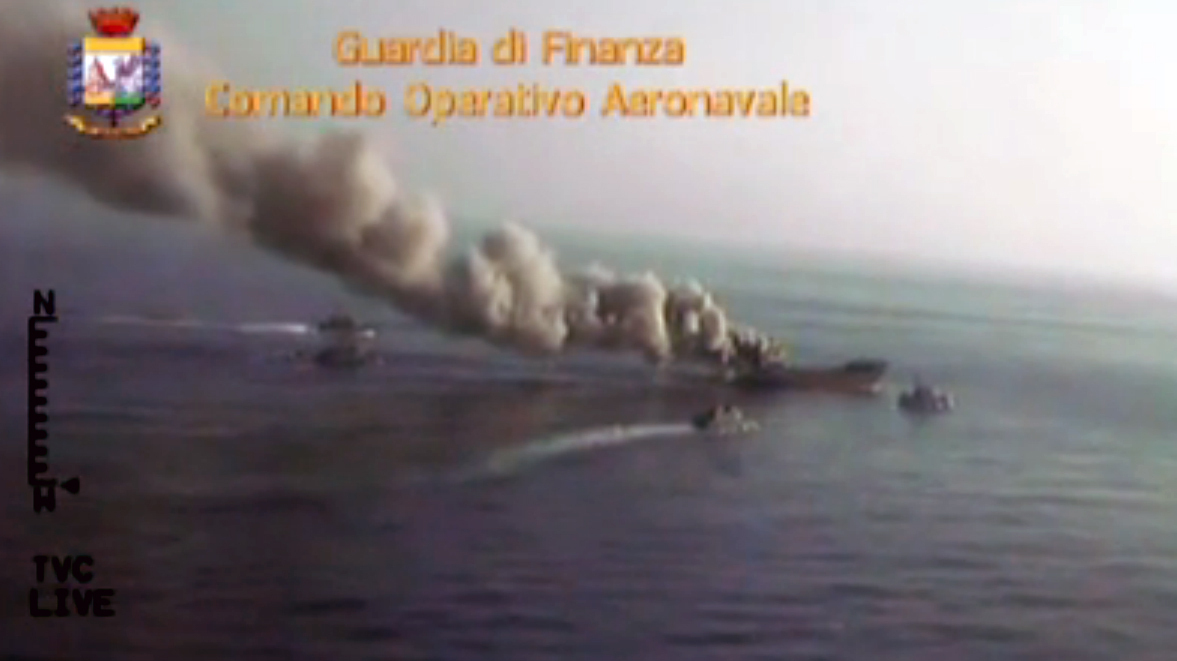 A fire aboard a cargo ship in the Mediterranean Sea was set in order to get rid of 30 tons of hashish, according to officials in Italy and Malta. Authorities had approached the Gold Star, a Tanzania-registered ship, for an inspection Friday afternoon. But members of the crew reportedly set fire to their cargo, which Italian authorities identified as hashish resin.

The incident began in waters about 30 nautical miles north of Malta, where police and firefighting ships converged on the Gold Star as it burned Friday night. They succeeded in quenching the flames around noon Saturday.

"The cargo vessel was officially handed over to Italian authorities at 1:42 p.m." on Saturday, reports the Armed Forces of Malta, "where it was towed by tug boat, 'Nos Taurus' to Sicily for further investigation."

The AFM also reports that in addition to the official boats that responded, a number of civilian craft also arrived at the scene.

The Italian law enforcement agency Guardia di Finanza says it had been monitoring the Gold Star after being warned that it was carrying a large load of drugs. The agency says the ship's nine crew members spotted the approaching government boats and started a fire on the Gold Star before jumping overboard. All were rescued and arrested, officials say.

The Times of Malta reports that the drug shipment would have had an estimated street value of 300 million euros — or just under $400 million.