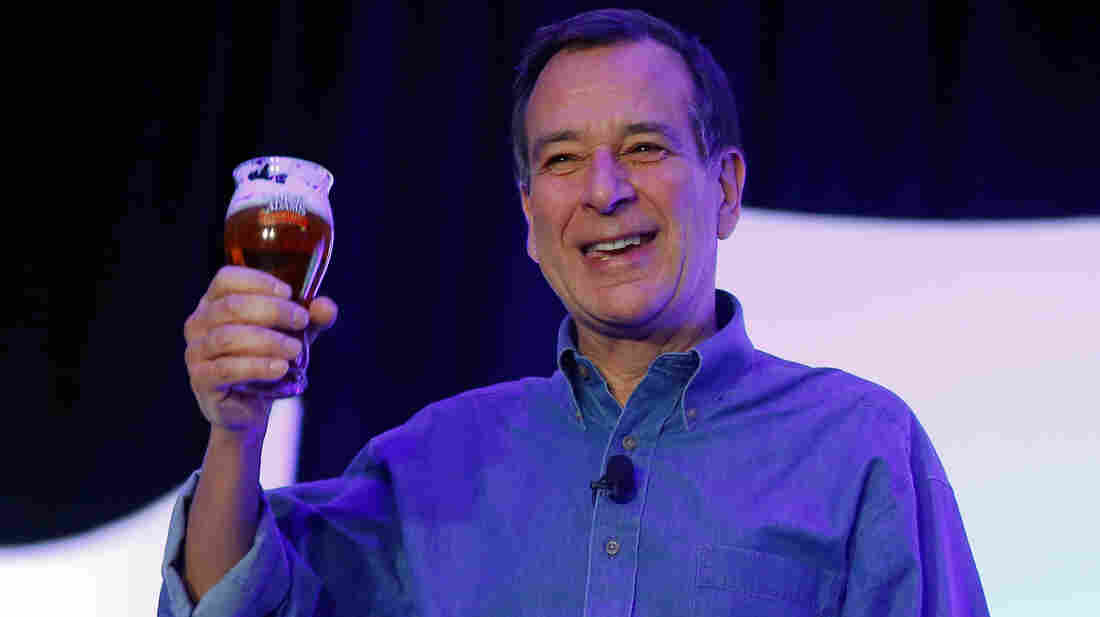 Founder and Chairman of the Boston Beer Co. Jim Koch has seen shares of his company rise from $20 in 2009 to a record $227 Monday. Isaac Brekken/Getty Images hide caption 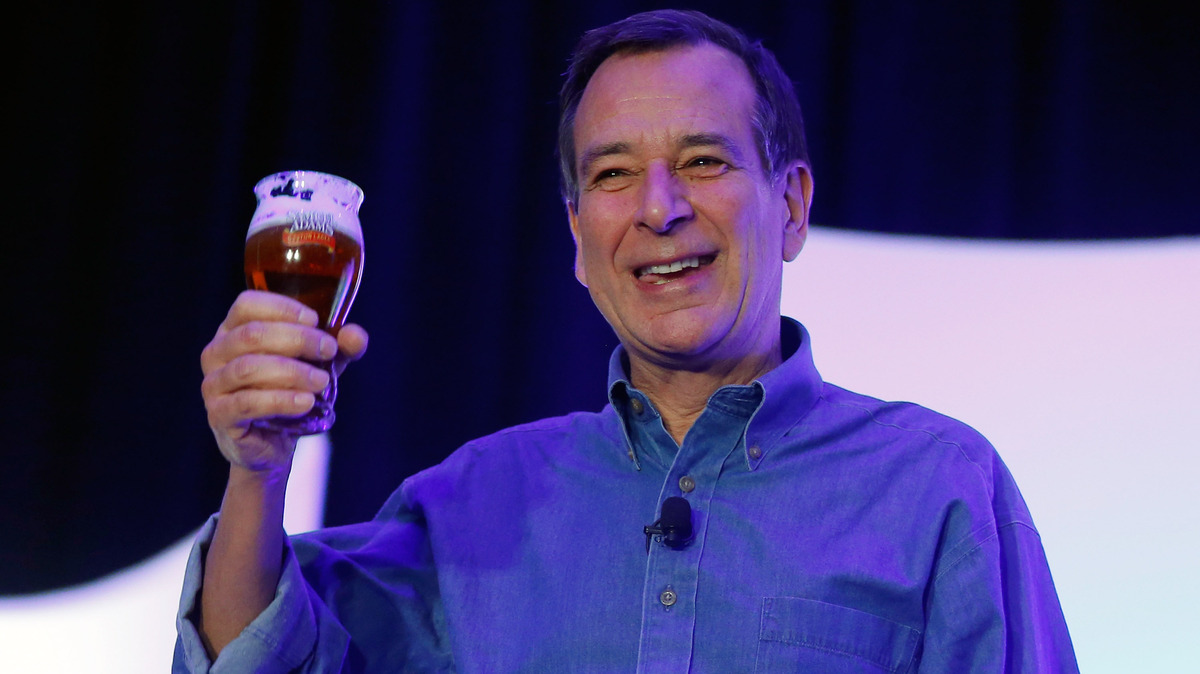 Founder and Chairman of the Boston Beer Co. Jim Koch has seen shares of his company rise from $20 in 2009 to a record $227 Monday.

These are good times for craft beers — and not just for people who like to drink them, but for those who make them. As an example, look to the brewer of Sam Adams. Boston Beer Co.'s soaring stock price has made its founder, Jim Koch, into a billionaire, Bloomberg News reports.

The stock has risen sharply since July, when Boston Beer reported net revenue of $181.3 million for the second quarter of 2013. Those gains have sent Koch's net worth above $1 billion, according to Bloomberg.

"Having watched my stock price go up and down and up, it seems almost whimsical," Koch tells Bloomberg. "I remind people getting rich is life's great booby prize. Any normal person would much rather be happy than rich."

It's a long way from 1995, when Koch famously included coupons in his company's six-packs to let customers take part in its initial public offering simply by mailing in a check. Koch has said that wasn't just a marketing ploy — that he wanted investors who were also fans of the company's products.

And they've been rewarded in recent years, as craft beer has risen in popularity. In the first six months of 2013, sales in the sector rose 15 percent, according to the Brewers Association trade group. Craft beer accounts for about 6.5 percent of the overall market, Bloomberg says.

"Because this was something started out of passion, I've been able to sustain 30 years of growing the business with all the ups and downs," Koch tells Bloomberg.

Koch began making Samuel Adams Boston Lager in 1984, after a stint in the world of corporate business consulting. It was a return to the family business, according to the Sam Adams website, which traces the beer's recipe to the 1870s.

Koch is a well-known advocate of craft brewing and a strong marketer of his beer. As Bloomberg notes, Koch still visits bars to try to talk them into carrying Sam Adams, just as he did in his start-up days.

"Things turned out OK for him," Koch said.