Accessibility links
Anthony Weiner's Run Ends With A Flourish Of His Finger : The Two-Way The former congressman, who had been attempting a comeback from a sexting scandal, got just 5 percent of the votes Tuesday in his bid to be the Democratic nominee in New York City's mayoral race. In a chaotic scene as he left his election night event, he flipped the bird.

Anthony Weiner's Run Ends With A Flourish Of His Finger

Anthony Weiner's Run Ends With A Flourish Of His Finger

Voters in New York City are waiting to see whether Democratic mayoral candidate Bill de Blasio reached the 40 percent point that would avoid an Oct. 1 runoff with challenger William Thompson.

With about 98 percent of precincts having reported the results from Tuesday's voting, our colleagues at WNYC say that de Blasio has 40.19 percent of the vote to Thompson's 26.04 percent.

If de Blasio is declared the winner, he would face Republican Joe Lhota in November. 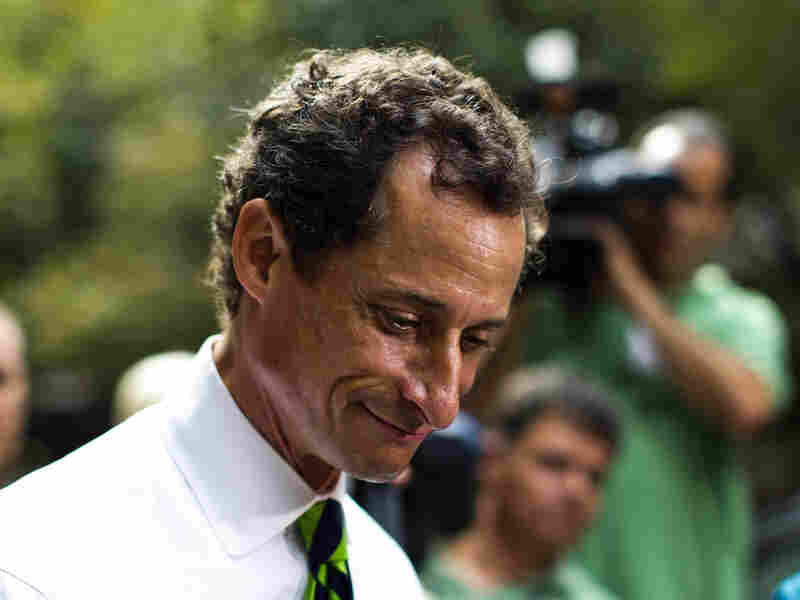 Anthony Weiner on Tuesday, before the results came in and before he waved goodbye. Eduardo Munoz /Reuters/Landov hide caption 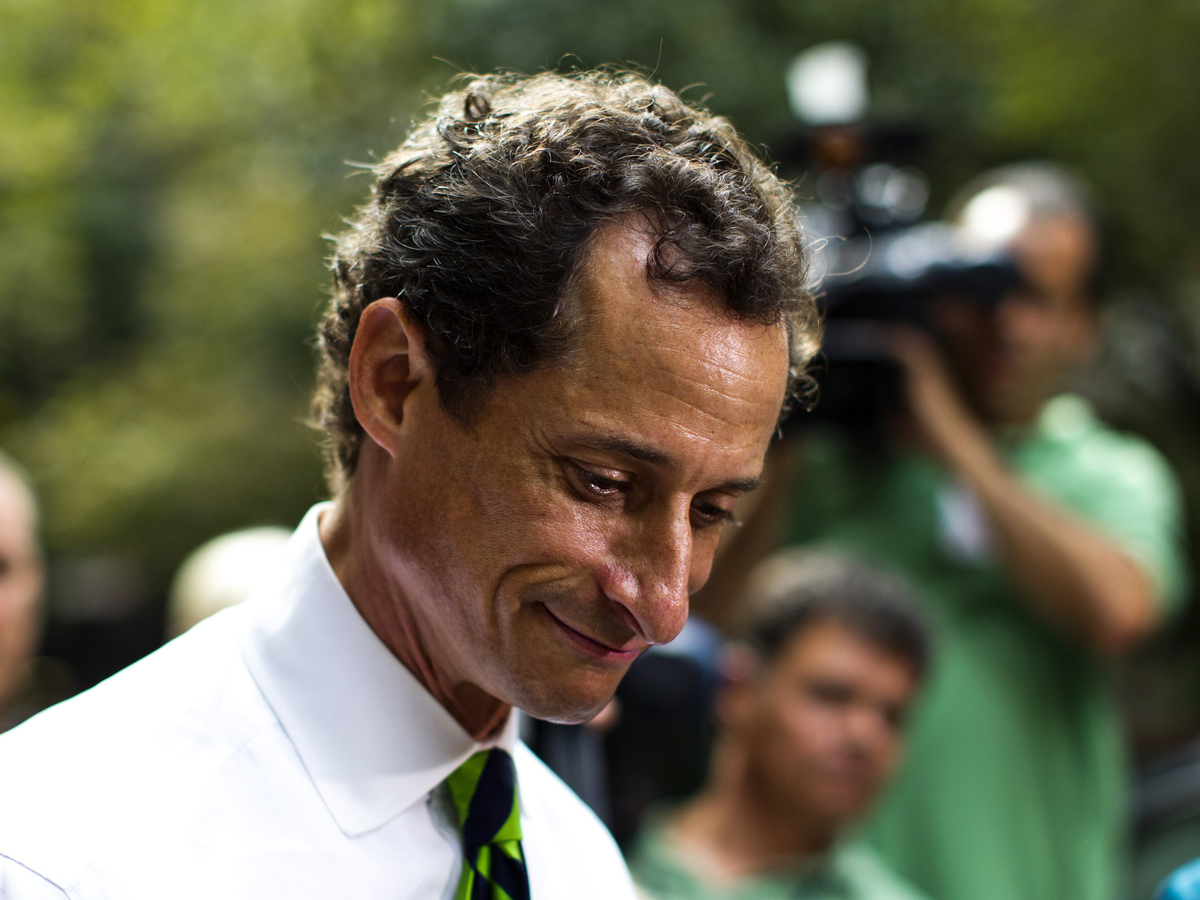 Anthony Weiner on Tuesday, before the results came in and before he waved goodbye.

The story from Tuesday's voting that's getting as much or more attention than the wait to see who will be the Democratic mayoral nominee, though, is the way former Rep. Anthony Weiner departed the race.

Weiner, who lost his job in Congress over a 2011 sexting scandal, had at one time been leading his fellow Democrats in the race for this year's mayoral nomination. But another sexting scandal sent his poll numbers plummeting. On Tuesday, he ended up with only about 5 percent of the votes.

Gawker tracks the rather sordid story of Weiner's night Tuesday — from a concession speech in which he didn't mention his wife, to the appearance of the woman who revealed he'd still been sexting after leaving Congress, to Weiner's one-finger (you know which one) "salute" to a reporter as he left the scene.

Also in New York City on Tuesday, the other candidate trying to make a comeback from a sex scandal failed in his bid for electoral redemption. Former New York Gov. Eliot Spitzer, who resigned from office in 2008 after it became known that he'd been a customer of high-priced prostitutes, lost his bid for the Democratic nomination to be the city's comptroller.