Accessibility links
Oklahoma State Promises Own Probe Of Alleged Football Abuses : The Two-Way Sports Illustrated is this week posting a five-part expose about the school's football program. Among OSU's alleged transgressions: money paid to players; tutors doing players' schoolwork; and women from a "hostess program" having sex with recruits.

On this third day of Sports Illustrated's five-part series that exposes what the magazine says are sweeping problems in Oklahoma State University's football program — including money being paid to players, tutors doing players' schoolwork and women from a "hostess program" having sex with recruits — the school's president is vowing to investigate it thoroughly.

President Burns Hargis also tells our colleagues at member station KOSU, though, that current coach Mike Gundy has "made it clear that he didn't know anything about any of this" and "doesn't think there's anything to it." Hargis also says he has "a lot of confidence in our current players" as well as former players and coaches. 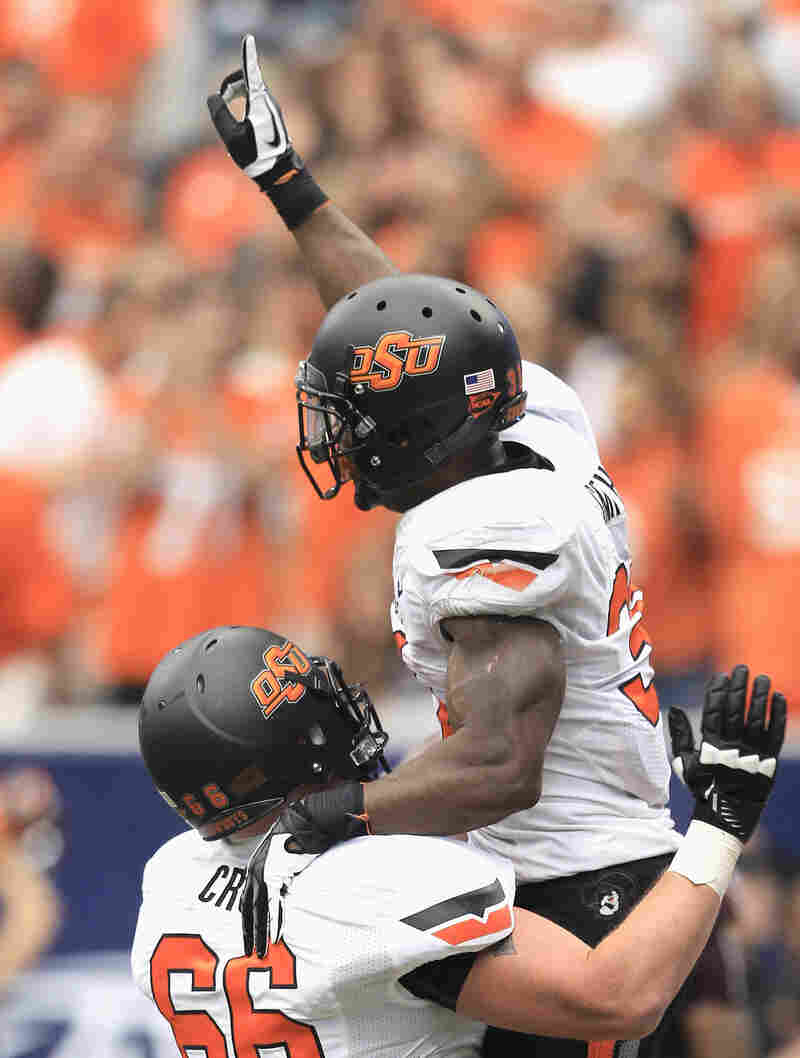 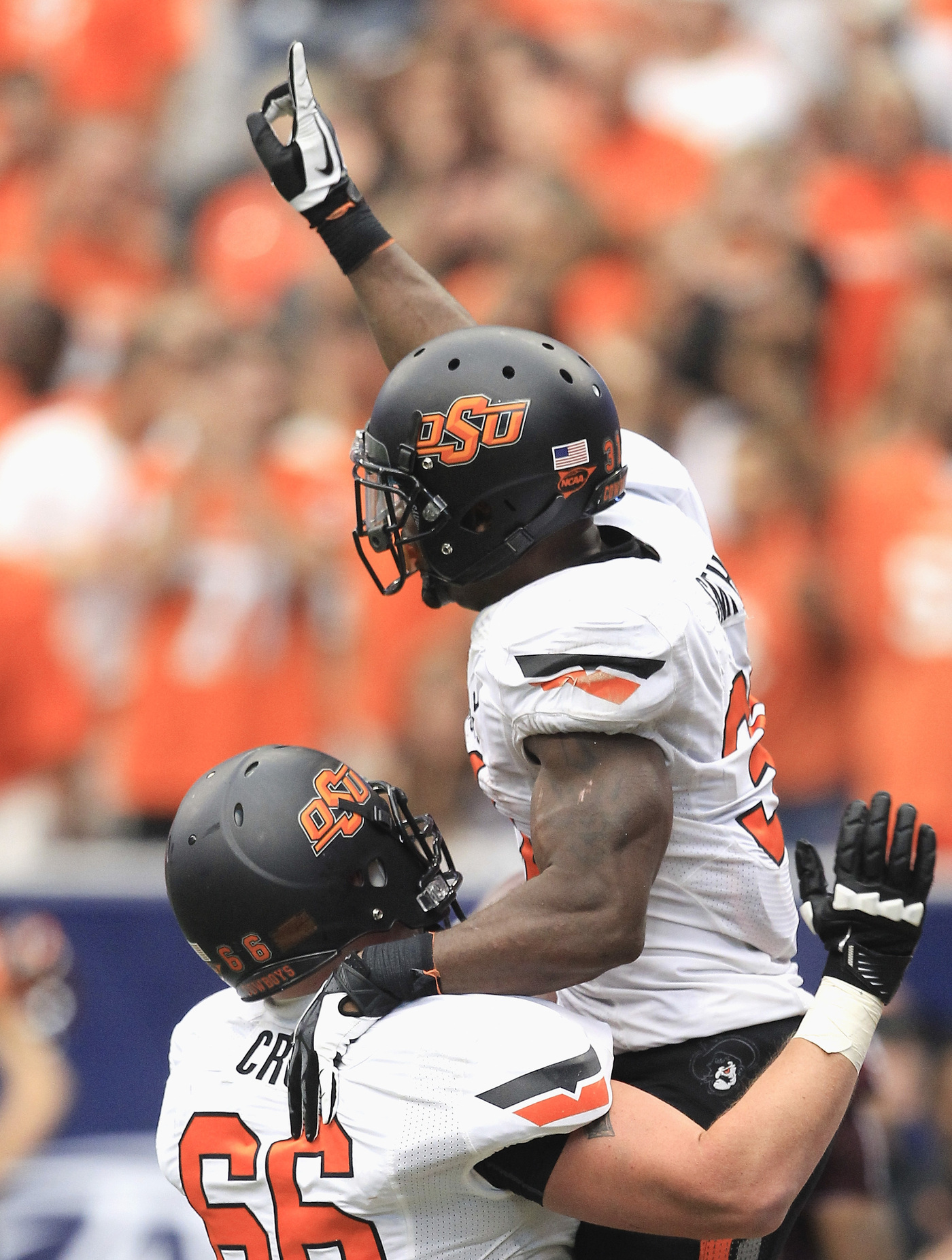 Oklahoma State players celebrate after a score during an Aug. 31 game against Mississippi State.

Still, Hargis pledges that "we're going to take this very seriously and we're going to investigate it thoroughly." An outside investigator will be brought in, Hargis says.

The SI series — "a 10-month investigation that included independent interviews with 64 Oklahoma State football players from 1999 to 2011, as well as current and former football staffers" — alleges that OSU's transgressions included:

-- "A bonus system orchestrated by an assistant coach in which players were paid for their performance on the field. ... In addition, boosters and at least two assistant coaches funneled money to players through direct payments and a system of no-show and sham jobs. Some players say they collected more than $10,000 annually in under-the-table payouts."

-- "Widespread academic misconduct, which included tutors and other Oklahoma State personnel completing coursework for players, and professors giving passing grades for little or no work. ..."

-- "Tolerating and at times enabling recreational drug use. ..."

-- "A hostess program, Orange Pride, that figured so prominently in the recruitment of prospects that the group more than tripled in size under [former coach Les] Miles. Both he and Gundy took the unusual step of personally interviewing candidates. Multiple former players and Orange Pride members say that a small subset of the group had sex with recruits, a violation of NCAA rules."

There's more coverage from KOSU here and here. As its call letters imply, KOSU's home is at the university. The station is a university licensee and gets financial support from OSU. But KOSU has been giving the SI series prominent coverage, and the station's stated values include:

"Civic Engagement: We believe public conversation is a critical component of the democratic process and that the functions of government should be open and accessible to our community.

"Accountability: We are committed to fairness, transparency, tolerance, civility and diversity in everything we do for the betterment of our community."