Accessibility links
Challenging Obama, Putin Appeals Directly To Americans On Syria : The Two-Way In an op-ed in The New York Times on Wednesday night, Russian President Vladimir Putin made an unusual and direct appeal to the American people to reject President Obama's calls for possible use of force against Syria. He countered many of the arguments Obama made 24 hours earlier in a speech to the nation. 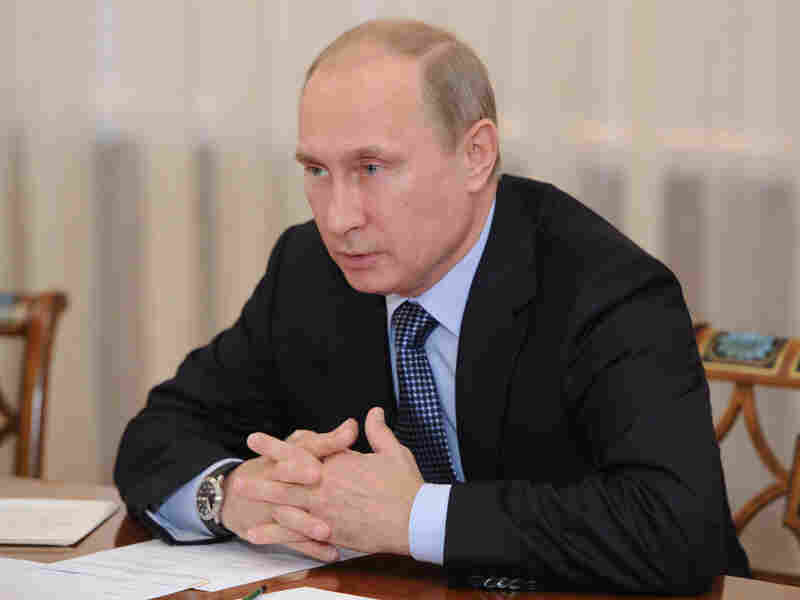 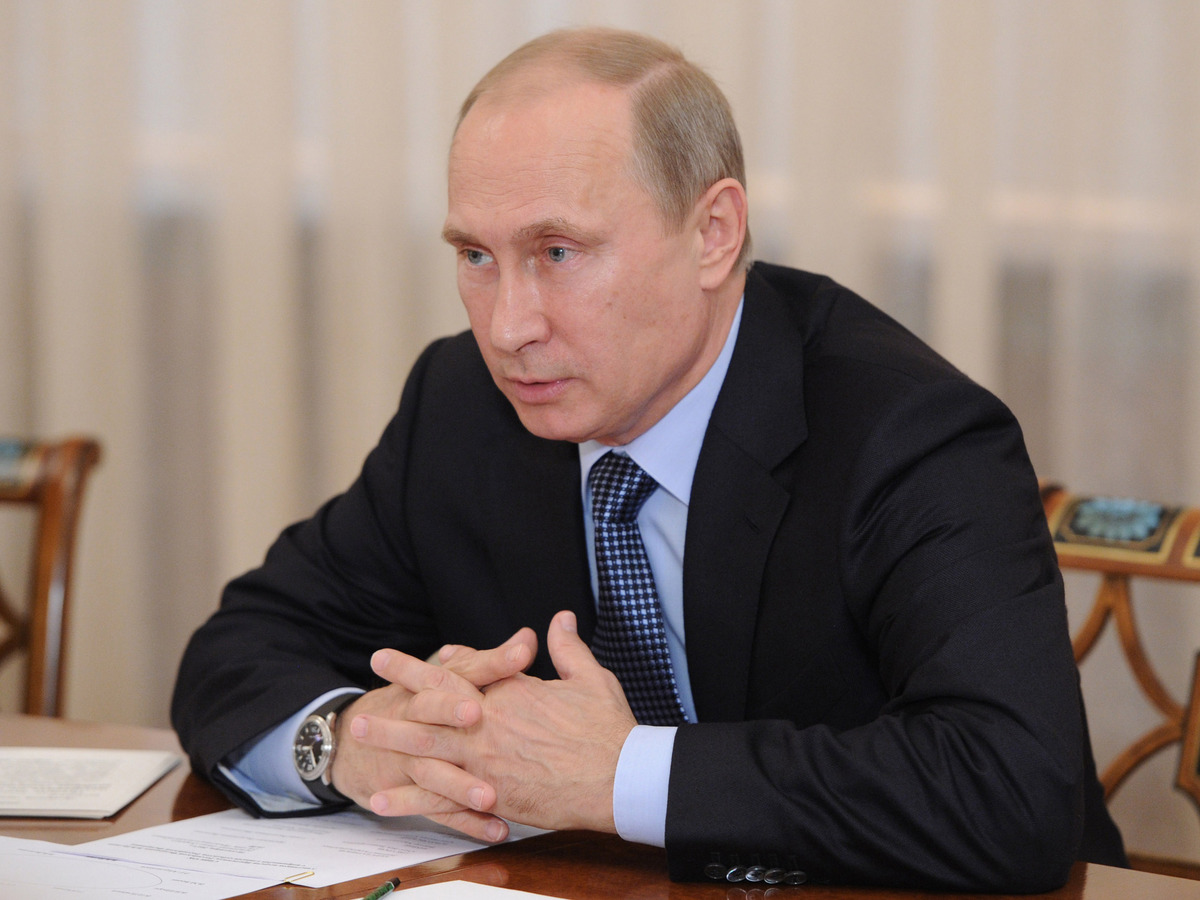 Russian President Vladimir Putin made an unusual and direct appeal to the American people Wednesday night to reject President Obama's calls for possible use of force against Syria, using an op-ed in The New York Times to counter many of the arguments Obama made 24 hours earlier in a speech to the nation.

"The potential strike by the United States against Syria, despite strong opposition from many countries and major political and religious leaders, including the pope, will result in more innocent victims and escalation, potentially spreading the conflict far beyond Syria's borders," Putin warned. "A strike would increase violence and unleash a new wave of terrorism. It could undermine multilateral efforts to resolve the Iranian nuclear problem and the Israeli-Palestinian conflict and further destabilize the Middle East and North Africa. It could throw the entire system of international law and order out of balance."

"It is alarming that military intervention in internal conflicts in foreign countries has become commonplace for the United States. Is it in America's long-term interest? I doubt it," wrote Putin. "Millions around the world increasingly see America not as a model of democracy but as relying solely on brute force, cobbling coalitions together under the slogan 'you're either with us or against us.' "

In m any respects, Putin seemed to echo the arguments from critics of Obama's call for military strikes, including Sen. Rand Paul, R-Ky. Putin also seemed to be playing to the fears many Americans have expressed in polls that show an overwhelming opposition to a military strike on Syria.

In a prime-time address to the nation Tuesday, Obama described the history of chemical weapons dating from World War I and said a failure to act forcefully against Assad could be read by some world leaders as a sign that the international community would turn a blind eye to future use of such weapons.

But Obama also used the speech to announce that he had asked Congress to delay voting on his call for authorization for a military strike to give time for an 11th hour diplomatic solution to work. The deal, which would require Assad to turn over chemical weapons to an international body, has been brokered in part by the Russians.

Putin directly challenged Obama's claim that the use of sarin gas on Damascus suburbs, which killed more than 1,400 civilians on Aug. 21, came directly and inarguably from Assad's forces. Wrote Putin:

"No one doubts that poison gas was used in Syria. But there is every reason to believe it was used not by the Syrian Army, but by opposition forces, to provoke intervention by their powerful foreign patrons, who would be siding with the fundamentalists. Reports that militants are preparing another attack — this time against Israel — cannot be ignored."

And on the 12th anniversary of 9/11, Putin warned that a U.S. military strike could strengthen terrorists:

"Syria is not witnessing a battle for democracy, but an armed conflict between government and opposition in a multireligious country. There are few champions of democracy in Syria. But there are more than enough Qaeda fighters and extremists of all stripes battling the government. The United States State Department has designated Al Nusra Front and the Islamic State of Iraq and the Levant, fighting with the opposition, as terrorist organizations. This internal conflict, fueled by foreign weapons supplied to the opposition, is one of the bloodiest in the world."

"Mercenaries from Arab countries fighting there, and hundreds of militants from Western countries and even Russia, are an issue of our deep concern. Might they not return to our countries with experience acquired in Syria?"

Finally, Putin argued that the use of U.S. military power without international backing actually gives foreign powers an incentive to acquire weapons of mass destruction.

"The world reacts by asking: if you cannot count on international law, then you must find other ways to ensure your security. Thus a growing number of countries seek to acquire weapons of mass destruction. This is logical: if you have the bomb, no one will touch you. We are left with talk of the need to strengthen nonproliferation, when in reality this is being eroded."

The muscular assault on Obama's credibility, published late Wednesday, included Putin's ironic claim that his working relationship with Obama "is marked by growing trust." It comes just weeks after the White House canceled a meeting with Putin before the G-20 summit, angered by Russia's granting temporary asylum to NSA contractor and leaker Edward Snowden.