Accessibility links
Massive Molasses Spill Devastates Honolulu Marine Life : The Two-Way About 233,000 gallons of the sticky substance were spilled into part of Honolulu Harbor on Monday. Thousands of ocean creatures were killed as the molasses sinks to the bottom. "Everything down there is dead," a diver says.

"Everything down there is dead."

That's one stunning quote from Hawaii News Now's latest report about the devastating damage that's been done to the marine life off Honolulu's Sand Island by 233,000 gallons of molasses that were spilled into Honolulu harbor on Monday.

Gary Gill, deputy director of Hawaii's Environmental Health Division of the Health Department, tells the news station that "this is the worst environmental damage to sea life that I have come across." 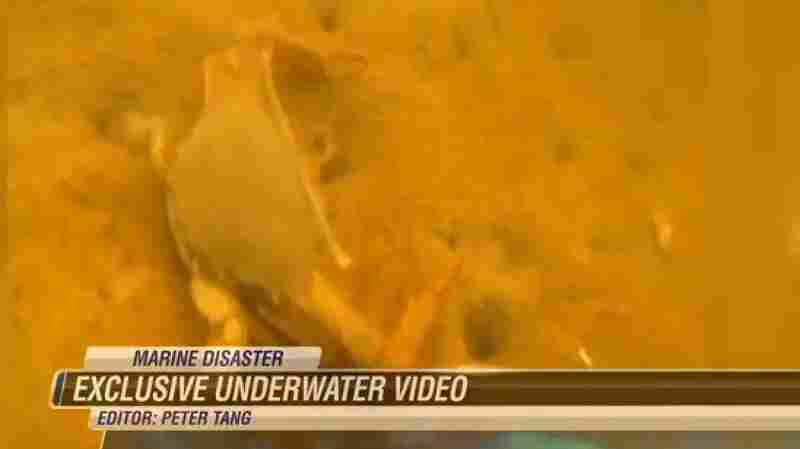 An image from video shot by diver Roger White for Hawaii News Now shows how the molasses spill has affected the water in part of Honolulu Harbor and killed many creatures. Hawaii News Now hide caption 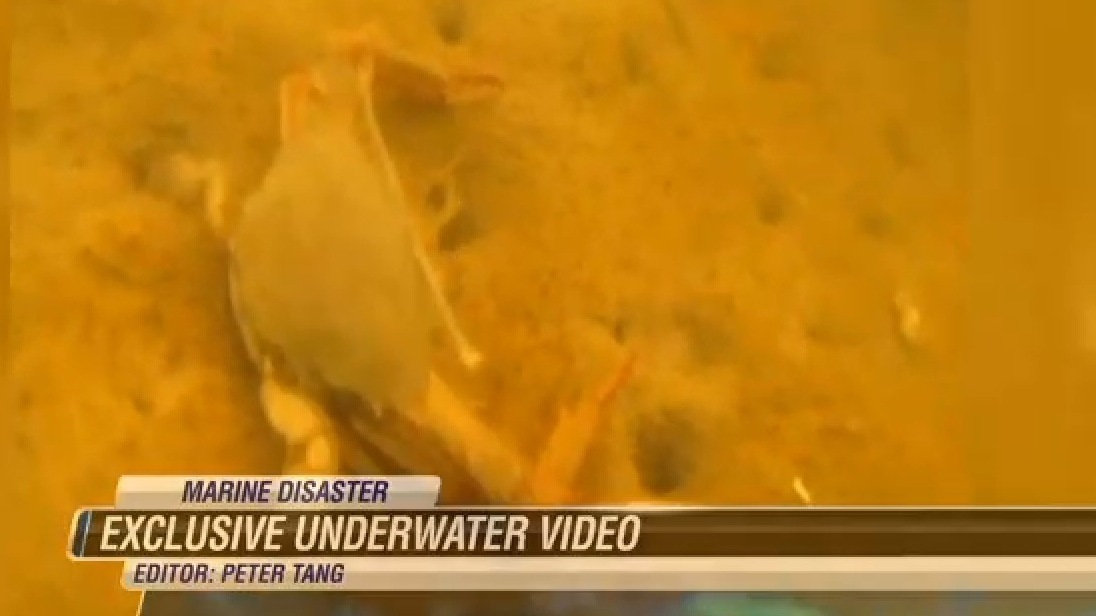 An image from video shot by diver Roger White for Hawaii News Now shows how the molasses spill has affected the water in part of Honolulu Harbor and killed many creatures.

The station sent diver Roger White into the water to see what's happened to sea creatures there. He shot video and came back to say that:

"It was shocking because the entire bottom is covered with dead fish. Small fish, crabs, mole crabs, eels. Every type of fish that you don't usually see, but now they're dead. Now they're just laying there. Every single thing is dead. We're talking in the hundreds, thousands. I didn't see one single living thing underwater."

As Hawaii Public Radio's Bill Dorman tells our Newscast Desk, the state Health Department has advised the public to stay out of the water. It warns that "while molasses is not harmful to the public directly, the substance is polluting the water, causing fish to die and could lead to an increase in predator species such as sharks, barracuda and eels. The nutrient rich liquid could also cause unusual growth in marine algae, stimulate an increase in harmful bacteria and trigger other environmental impacts."

Why is the molasses causing so much damage? In an earlier report, Hawaii News Now:

"... did an experiment to see why molasses is so hazardous to fish. When we poured store bought Molasses into a vase of water we collected from Keehi Lagoon, the concentrated sugary substance went straight to the bottom.

"Unlike an oil spill, which can be cleaned by skimming the surface, the molasses quickly disperses to the deepest points. 'It's sucking up all the oxygen,' explained [state reef biologist Dave] Gulko. 'There's no oxygen at depth so the animals that need it can't get it and are suffocating.' "

Because the spill happened in a harbor and there's less circulation than in the open ocean, it could be months or possibly years before the molasses is completely washed away, David Field, a visiting assistant professor of marine sciences at Hawaii Pacific University, tells the station.

The spill happened as the molasses was being loaded onto a container ship. According to Hawaii News Now, the company responsible, Matson Inc., says it "regrets that the incident impacted many harbor users as well as wildlife. We are taking steps to ensure this situation does not happen again."