Accessibility links
NPR To Offer Voluntary Buyouts In Bid To Balance Budget : The Two-Way According to a message sent to NPR's staff, the organization aims to reduce its number of employees by about 10 percent. There are currently 840 staffers. The board says it has a plan to balance NPR's budget in fiscal year 2015. 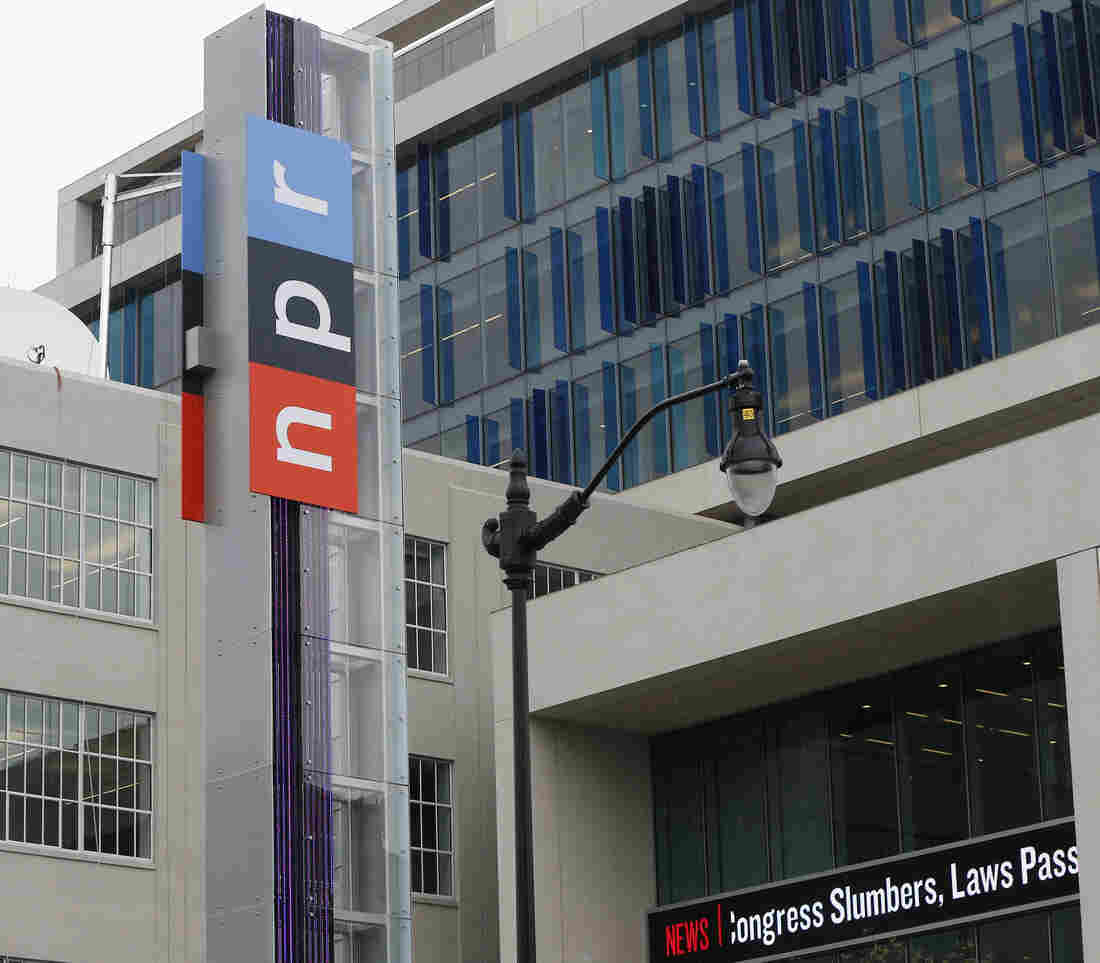 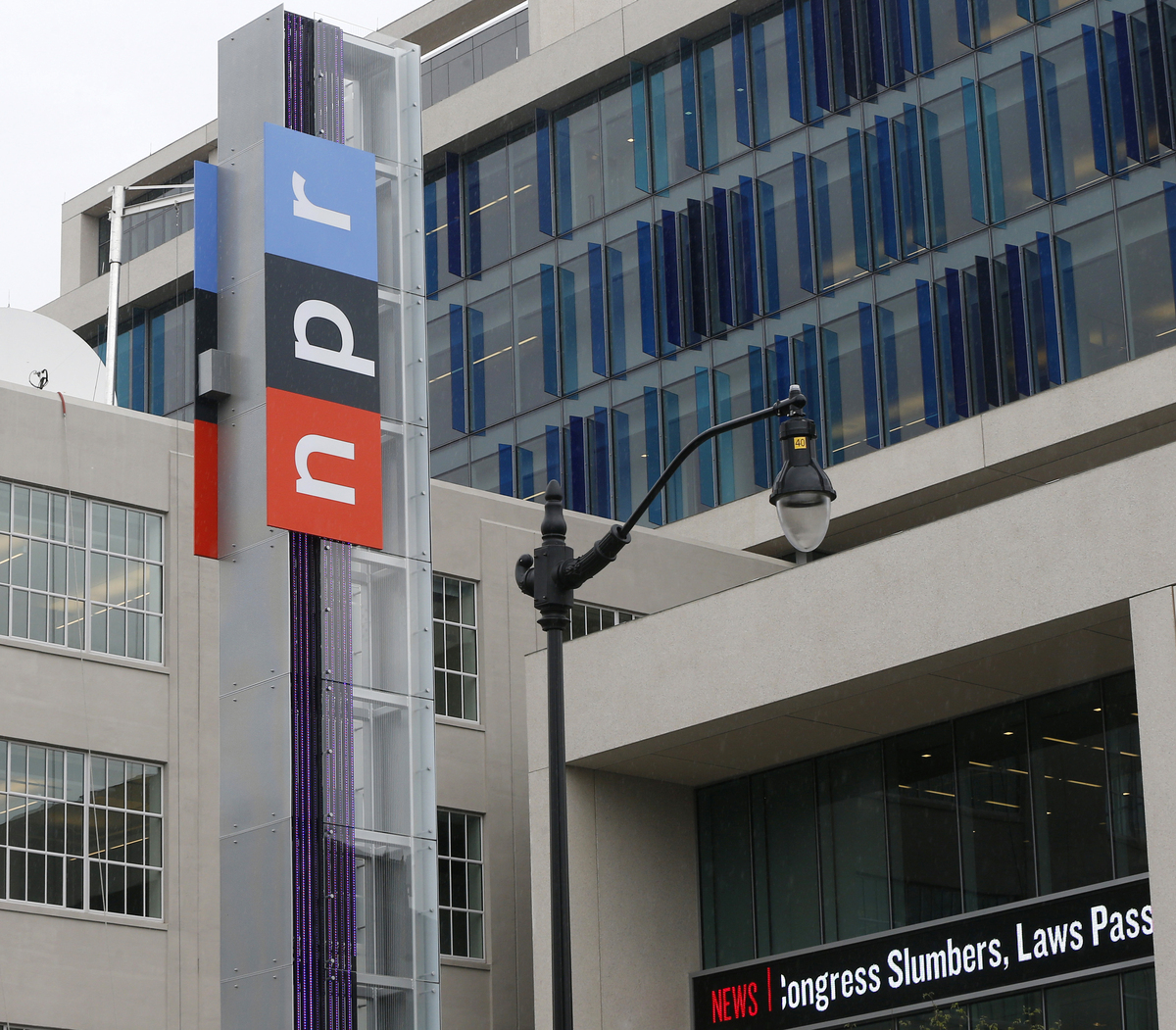 Saying that the goal is to balance its budget in fiscal year 2015, NPR announced late Friday morning that it will soon offer "a voluntary buyout plan across the organization that reduces staffing levels by approximately 10 percent."

The organization now has 840 full- and part-time employees. The recent recession hit NPR and most other media outlets as contributors/advertisers scaled back their spending. NPR's financial future has also been complicated by discussions on Capitol Hill about scaling back or eliminating federal support for public broadcasting.

In a message to the staff, CEO Gary Knell and Kit Jensen (who chairs NPR's board of directors) said:

"As you know, NPR is working toward achieving a balanced budget in FY 2015. To this end, the board has approved a FY 2014 budget that is rooted in a long-term strategic roadmap that eliminates NPR's operating deficit within the next two years while giving NPR the flexibility to make strategic investments in high quality journalism, programming, digital innovation, and revenue-building initiatives. The budget we approved includes operating and investment revenues of $178.1 million, expenses of $183 million, and an operating cash deficit of $6.1 million, or 3 percent of revenues.

"The strategy and budget NPR management put forward addresses the deficit in a thoughtful way and makes continual investment in the highest quality of programming. The cornerstones of NPR's FY14 strategy rest on exceptional content, audience engagement and growth, strong collaborations in the public radio network, and a sustainable financial business model.

"As part of the strategy to eliminate the deficit and lower ongoing expenses, NPR will offer a voluntary buyout plan across the organization that reduces staffing levels by approximately 10 percent. Next week, Chief Administrative Officer Joyce Slocum will provide information about this process to staff. The strategy also includes investments in our digital future and revenue generating initiatives such as branded events."

Also in the message, NPR staff learned that:

"The board has appointed Paul Haaga, our vice chair, to serve as the acting president & CEO, effective Sept. 30. Paul will work closely with members of the board and the senior management team to guide the organization as we search for a permanent chief executive. Gary Knell will remain close to NPR over the coming months and will serve as an advisor to Paul through Dec. 31."

We'll have more about this later. NPR media correspondent David Folkenflik is working the story.

At a meeting with NPR staff, Knell says the goal has been to craft a buyout plan that reduces employment "in the most respectful way for our union and non-union staff alike."

Details will be coming, he says, but the broad outlines include:

-- Those eligible must have been continuously employed by NPR for at least three years (he added that some employees with that much experience will be excluded from the offer).

-- Those who accept the offer and are approved will receive "2 days pay per month of service" up to a maximum of 300 days.

Knell says the plan is "what I absolutely would be doing if I was staying here."

David filed this for our Newscast Desk:

"The financial news came on a day when NPR also named a new acting CEO. Current CEO Gary Knell earlier announced his intention to take the top job at the National Geographic Society — he will be replaced by NPR board Vice Chairman Paul Haaga, a lawyer and retired chairman of the capital research and management company.

"The voluntary buyouts were prompted by NPR's needs to eliminate red ink. The not-for-profit company will run a 3 percent deficit on a budget of $183 million in the coming fiscal year.

"Philanthropic gifts and foundation grants have rebounded since the financial crisis and NPR says it's been the best year for both since the late Joan Kroc's gift of roughly $250 million a decade ago. But underwriting revenues from corporate spots have not."