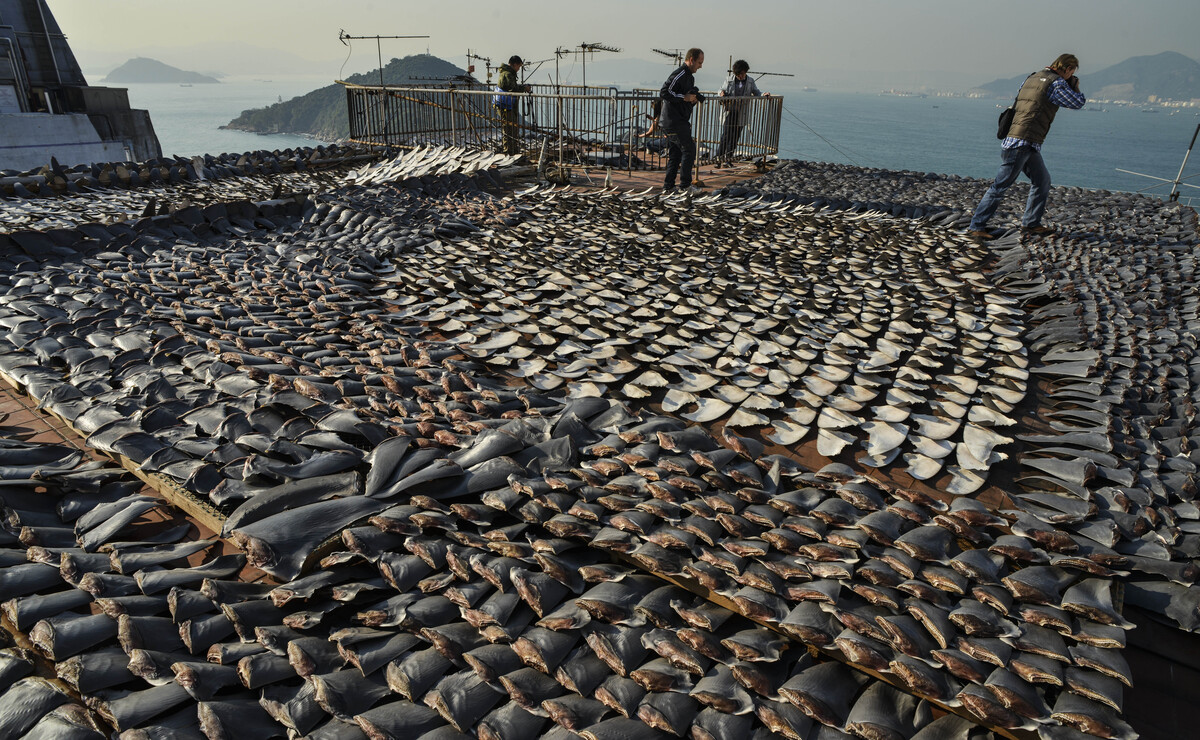 This file picture taken on January 2, 2013 shows shark fins drying on the roof of a factory building in Hong Kong.

Shark fin will no longer be included on the menus of official government functions in Hong Kong, the country said in a press release on Friday.

"No shark fin, bluefin tuna or black moss will be on the menu at official entertainment functions," the government said. "The items have aroused international and local concern because they are either captured or harvested in ecologically unfriendly or unsustainable ways, or cause other conservation concerns."

As we've reported, scientists estimate about 100 million sharks are killed each year, a number that has depleted the shark population worldwide.

"The practice is widely considered cruel and wasteful, because the sharks are often thrown overboard, finless, to die. Hong Kong is the world's biggest trade hub for shark fins, representing about 50 percent of the trade. ...

"Last year, China said it would prohibit official banquets from serving shark fin soup, but the measure was expected to need as many as three years to take effect, and even then, compliance may be uneven.

The AFP reports that a Hong Kong spokesman said the move will serve as "an example of raising public education and awareness on sustainability." The AFP adds:

"They estimated there were 15,000 to 20,000 fins being laid to dry on the rooftop on Hong Kong island ahead of an anticipated surge in demand over Lunar New Year in the following month of February."