Accessibility links
Bookless Public Library Opens In Texas : The Two-Way An all-digital public library is opening today, as officials in Bexar County, Texas, celebrate the opening of the BiblioTech library. The facility offers about 10,000 free e-books for the 1.7 million residents of the county, which includes San Antonio. 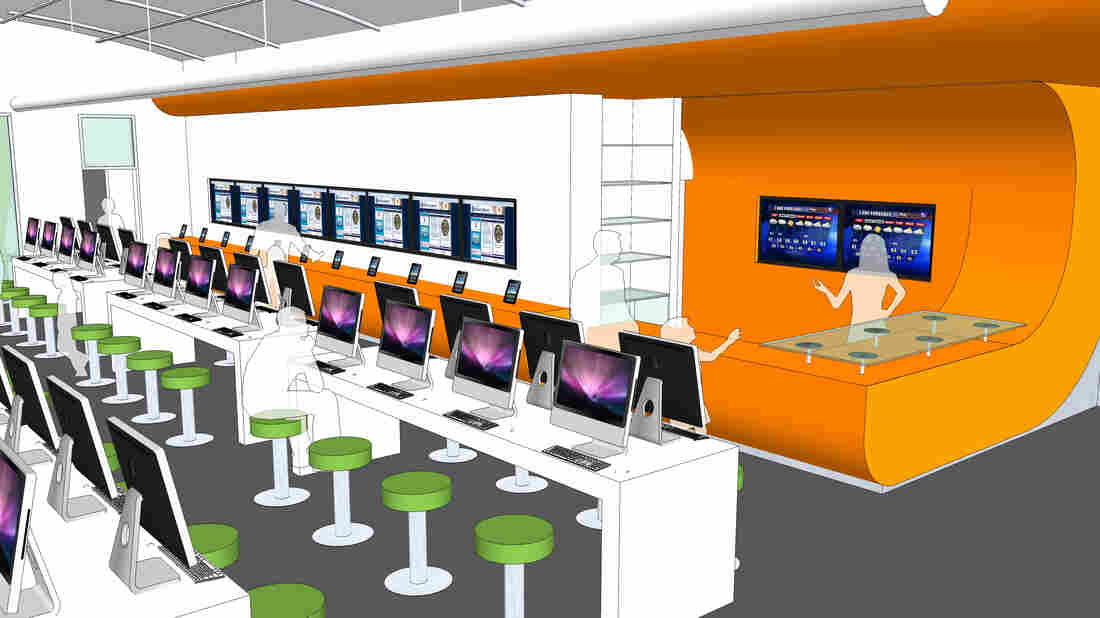 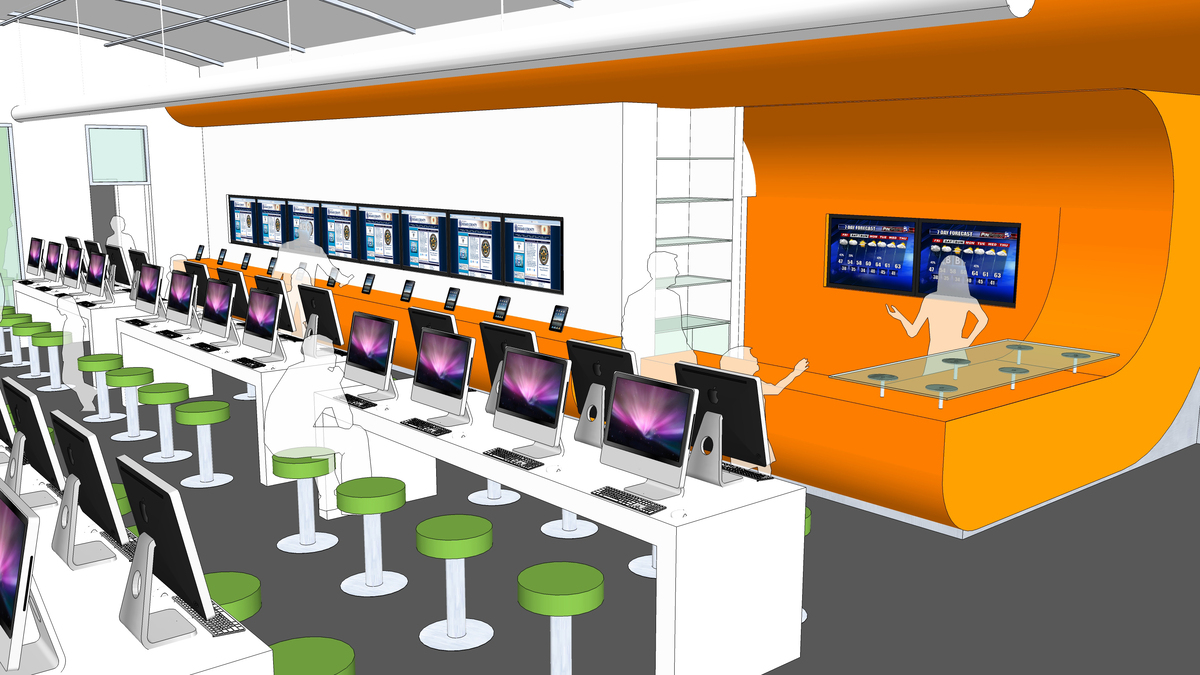 An all-digital public library is opening today, as officials in Bexar County, Texas, celebrate the opening of the BiblioTech library. The facility offers about 10,000 free e-books for the 1.7 million residents of the county, which includes San Antonio.

On its website, the Bexar County BiblioTech library explains how its patrons can access free eBooks and audio books. To read an eBook on their own device, users must have the 3M Cloud Library app, which they can link to their library card.

The app includes a countdown of days a reader has to finish a book — starting with 14 days, according to My San Antonio.

The library has a physical presence, as well, with 600 e-readers and 48 computer stations, in addition to laptops and tablets. People can also come for things like kids' story time and computer classes, according to the library's website.

A county official compared the concept to an Apple store, in a report on the library's plans by NPR's Reema Khrais in January.

And Reema reported that the idea of a bookless library has been tried before — perhaps a bit too early. That was in 2002, when Arizona's Santa Rosa Branch Library went digital-only.

"Years later, however, residents — fatigued by the electronics — requested that actual books be added to the collection, and today, enjoy a full-access library with computers," Reema said.

Sarah Houghton, a.k.a. the tech-savvy blogger Librarian in Black, who directs the San Rafael Public Library in California, told Reema that it will take more than 100 years before all libraries are paperless. But she added that 10 to 20 percent of libraries could go bookless in the next decade.

Some libraries have struggled to adapt to an era of digital options and budget cuts. In the Washington, D.C., region, the Fairfax County (Va.) library system's decision to destroy a reported 250,000 books drew the ire of residents — and an editorial from The Washington Post.