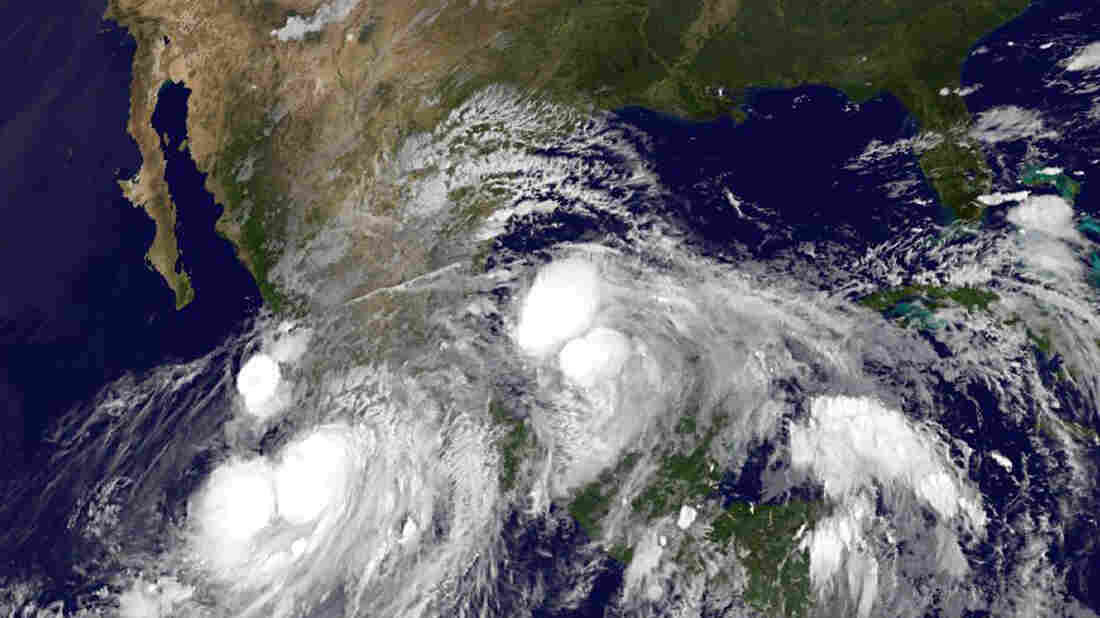 An image provided by NOAA taken at 2:45 a.m. EDT Sunday shows Hurricane Ingrid approaching from the Gulf of Mexico and Tropical Storm Manuel just off the western coast of Mexico. AP hide caption 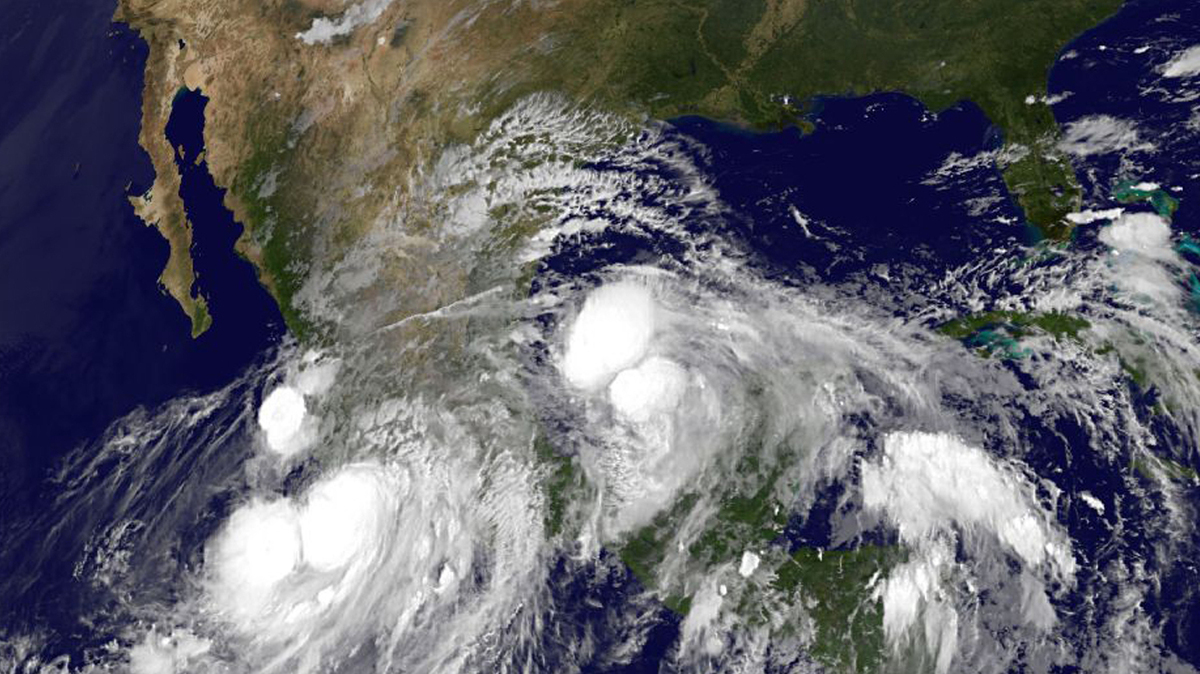 An image provided by NOAA taken at 2:45 a.m. EDT Sunday shows Hurricane Ingrid approaching from the Gulf of Mexico and Tropical Storm Manuel just off the western coast of Mexico.

From the east and the west, two storm systems are closing in on Mexico, bringing strong winds and heavy rains. Hurricane Ingrid is moving toward the country's east coast in the Gulf of Mexico; Tropical Storm Manuel is closing in on the southwest coast in the Pacific Ocean.

People are evacuating areas of both coasts, fearing landslides and flash floods. The storms come on the heels of heavy rain that was being blamed for the deaths of more than a dozen people in the past week, Agence France-Presse reports.

Ingrid became the second hurricane of the Atlantic season on Saturday; packing 85 mph winds, it's expected to continue to grow. A hurricane warning has been issued for Mexico's Gulf Coast, from Cabo Rojo to La Pesca.

"We expect landfall to occur sometime on Monday in that area," specialist Michael Brennan of the National Hurricane Center in Miami says. "We do expect Ingrid to strengthen a little bit during the next couple of days, so we should see a hurricane making landfall in that area on Monday."

As of Sunday morning, Ingrid was moving at 7 mph. According to the Hurricane Center's latest projections, the storm could make landfall by noon on Monday. It is predicted to head in a mostly westerly direction into Mexico on Tuesday and Wednesday.

With winds measured at 70 mph, Manuel remains below the threshold for hurricane strength. But it could drop 10-15 inches of rain — and possibly much more in some spots — when it makes landfall, expected early Sunday.