Accessibility links
'Flying Scotsman' Cyclist Obree Sets A New Speed Record : The Two-Way Cyclist Graeme Obree, 48, has set a new world speed record for prone bicycles, as the man known as the Flying Scotsman topped 56 mph during a session at the just-completed World Human Speed Championships, held at Battle Mountain in the Nevada. 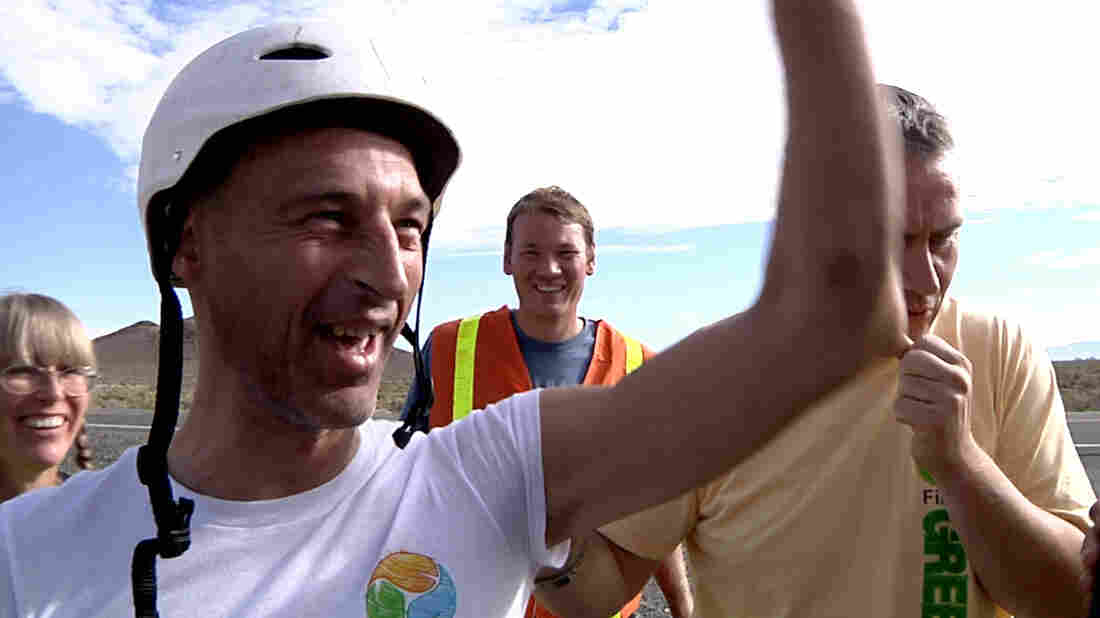 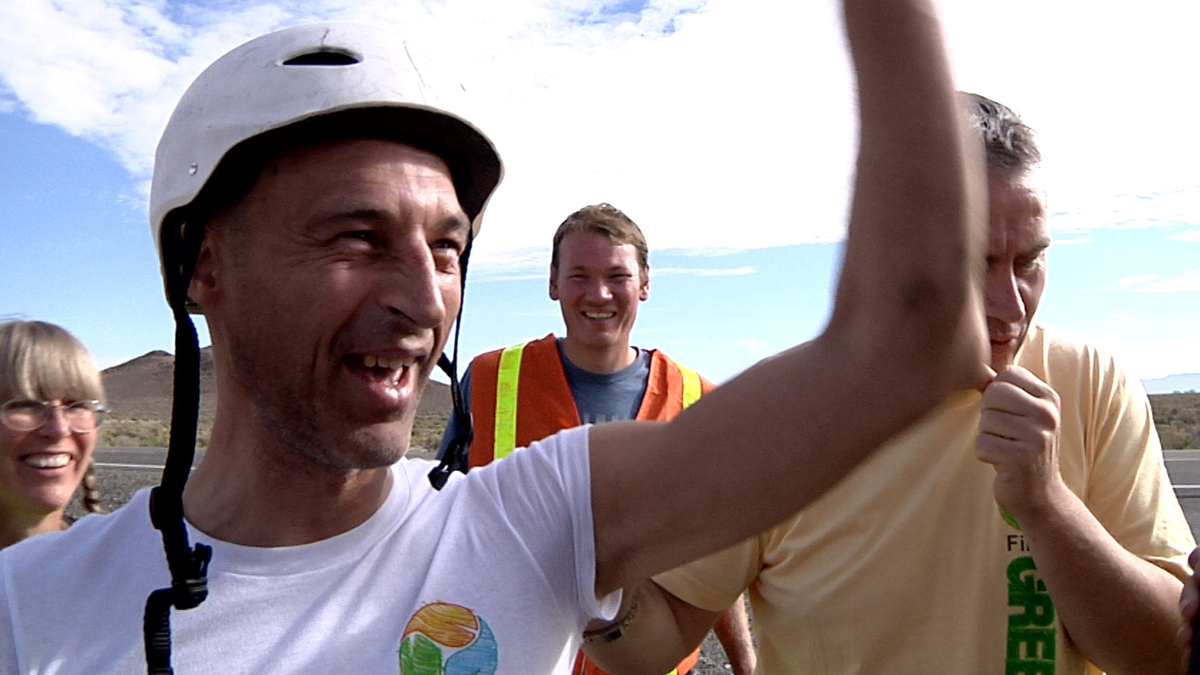 Cyclist Graeme Obree, 48, has set a new world speed record for prone bicycles, as the man known as the Flying Scotsman topped 56 mph during a session at the just-completed World Human Speed Championships, held at Battle Mountain in the Nevada.

Pedaling with his nose less than an inch away from the front wheel of his custom-built, smooth-skinned bike, Obree finally succeeded Friday, after early runs failed to break the record of 54.9 mph set by Steve Ball in 1983.

Obree's final session on the flat desert highway was a success, setting a new mark for a prone rider on a two-wheeled bike, cycling head-first on his belly. He was clocked at 56.62 mph.

"The timekeeper announced it was a new world record and that is a strange feeling. I've not heard that for 20 year, so I'm still absorbing it, that's nice and anything else is a bonus," Obree tells BBC Radio Scotland.

Obree accomplished his feat on The Beastie — a bike that he designed and partially built in his kitchen. It is noted for including parts of a saucepan and roller-skates. The mechanics of the bike are great, Obree tells Scotland's The Daily Record, but he adds that he's learned that it's shape isn't as aerodynamic as it needs to be to go faster.

A winner of two world pursuit championships in the 1990s who set a world record by riding nearly 53 miles in one hour in 1994, Obree refused to take part in professional racing because he didn't want to take performance-enhancing drugs, as Velo Nation reports.

In addition to Obree's riding ability, he is credited with introducing technical and design innovations that challenged the sport of cycling — ideas that were, in some case, banned by the authorities. Handlebars that extend the rider's hands forward over the front wheel are part of his legacy. As the film The Flying Scotsman detailed, his story also includes severe struggles with depression.

A Toronto team at the competition gave Obree a chance to set another record on Friday, by riding its exotic entry called Vortex. But he didn't finish a run on the bike, citing concerns for his safety — and a sense that he'd done enough in Nevada.

"Vortex has already gone at speeds in excess of 75 mph and I had her up to 45 mph and was hardly pedaling," Obree tells The Record. "However, the steering was too fine for me to control without much more practice. I had to freewheel at times over the course just to regain control."

If high-speed prone cycling is your game, you might consider that The Beastie is now up for sale. Obree says he's retiring from competitive cycling — perhaps even burning his shoes — and selling the bike, The Record reports.

Or you could emulate another idea of Obree's, and add fairing to your bike.

In a recent interview, he told the Road.cc site, "I believe most bikes should have a fairing of some kind at the front almost like a moped, which would make it 20 percent more efficient. But that would make it faster than a racing bike."