Accessibility links
Poverty Rate Unchanged In 2012 : The Two-Way There were 46.5 million Americans below the poverty line last year, the Census Bureau says, vs. 46.2 million in 2011. In another sign that the economy's recent growth hasn't translated into better times for many Americans, Census said the median household income was $51,017, vs. 2011's $51,100." 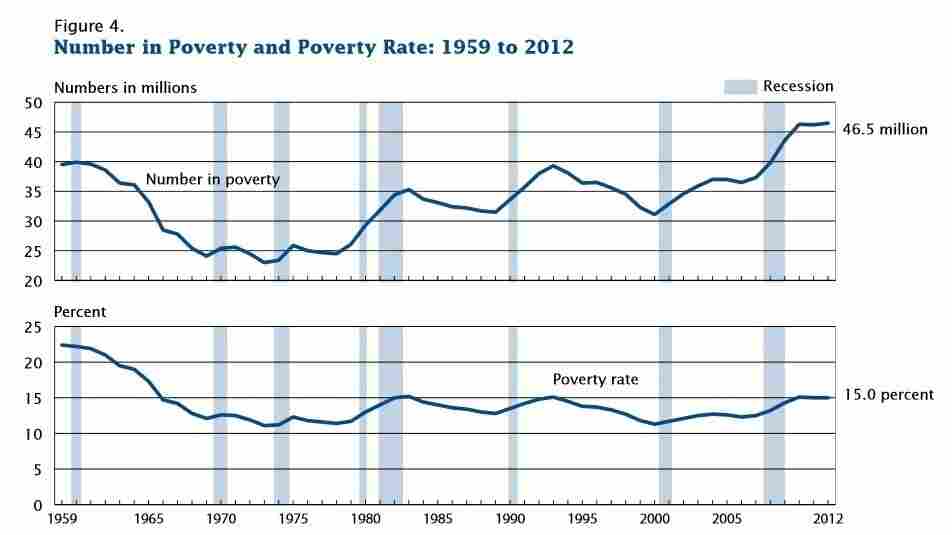 How the number of Americans below the poverty line and the poverty rate have changed. Census Bureau hide caption 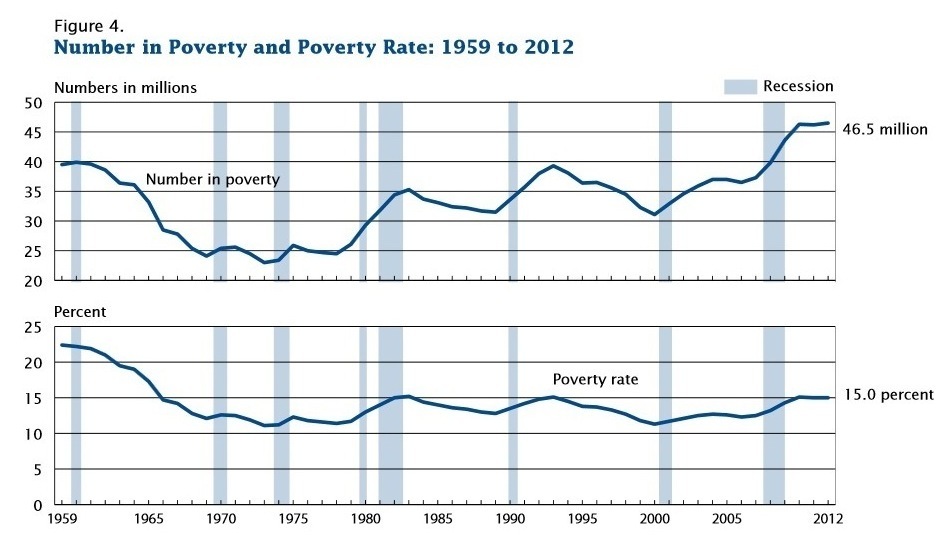 Also, in another sign that the economy's recent growth hasn't translated into better times for many Americans, Census said that the "median household income in the United States in 2012 was $51,017, not statistically different in real terms from the 2011 median of $51,100."

Treasury Secretary Jack Lew said Tuesday, before the news was released, that:

"We are not where we want to be yet. Too many Americans cannot find work. Growth is not fast enough. And the very definition of what it means to be middle class is being undercut by trends in our economy that must be addressed."

Still, as The New York Times notes, it was "the first time in half a decade [that] median household income did not decrease and poverty did not increase."