Accessibility links
UPDATE: 'So, So Very Sorry,' Says Navy Yard Gunman's Mother : The Two-Way In a statement she read to the news media at midday Wednesday, Cathleen Alexis says she does not know why her son killed 12 people on Monday at the Washington Navy Yard. Meanwhile, more is coming out about Aaron Alexis's actions in the days leading up to the attack.

"I don't know why he did what he did and I'll never be able to ask him why," Cathleen Alexis, mother of the man who authorities say killed 12 people Monday at the Washington Navy Yard, said in a statement she read to the media at midday Wednesday.

CNN has audio of her comments, in which she also says that "Aaron is now in a place where he can no longer do harm to anyone, and for that I am glad."

"To the families of the victims," she adds, "I'm so, so very sorry this has happened. My heart is broken." 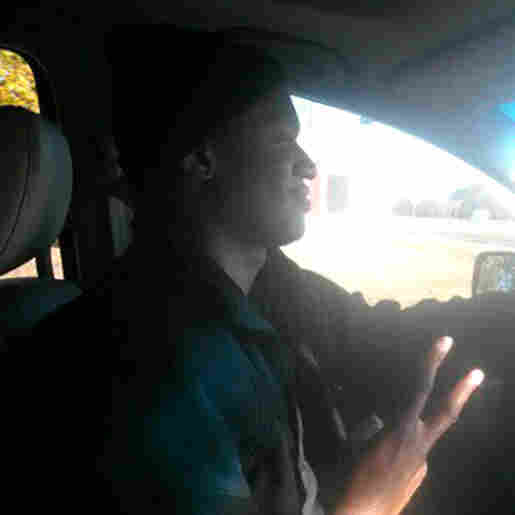 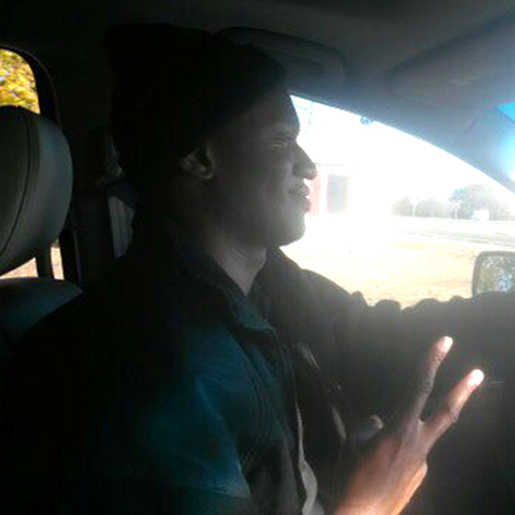 Aaron Alexis in an undated photo provided by a friend, Kristi Suthamtewakul.

In the weeks leading up to the shootings, Aaron Alexis sought treatment at the emergency rooms of two Veterans Affairs medical facilities.

"On both occasions, Mr. Alexis was alert and oriented and was asked by VA doctors if he was struggling with anxiety or depression, or had thoughts about harming himself or others, which he denied," the statement said.

Alexis was in the VA health system since 2011. His records indicate he never sought help for mental issues. Alexis, the VA adds, was receiving $395 a month in disability compensation "for orthopedic issues" and tinnitus.

Aaron Alexis, the man police say killed 12 people Monday at the Washington Navy Yard, went to a gun store and shooting range in suburban Northern Virginia two days before the attack, an attorney for the shop has told NPR.

On Morning Edition, NPR's Joseph Shapiro reported that The Sharpshooters Range in Lorton, Va., ran Alexis' name through the FBI and state of Virginia background check system. Alexis was approved and he purchased a Remington 870 shotgun and about 24 shells, Joe says.

Alexis also rented a rifle and practiced shooting at the shop's range.

Those are among some of the additional details coming out today about the 34-year-old Alexis, who died at the scene of Monday's shootings after exchanging gunfire with police.

Tuesday, we posted about:

-- The police report filed in August by authorities in Newport, R.I., who said Alexis had told them that three men were using "some sort of microwave machine" to send vibrations through the ceiling of his hotel room to keep him from sleeping. According to that document, Newport Sgt. Frank C. Rosa Jr. reported the contact with Alexis to the Navy. He said that Alexis claimed to be "hearing voices."

-- How Alexis was given security clearances despite a past that included a "troubled" service record in the U.S. Navy Reserves and "signs of mental instability."

Also Tuesday, The Washington Post and other news outlets reported that investigators believe Alexis carried the disassembled shotgun in a backpack as he entered the Navy Yard's Building 197 — then stopped in a men's room to put the gun together.

Among Wednesday's other important stories about the shootings and their aftermath:

The Post writes that Priscilla Daniels of Washington, D.C., lost her 14-year-old son four years ago — he was "shot and killed ... on a D.C. street." On Monday, her husband, Arthur, was among the 12 victims killed at the Navy Yard.

"The two patients injured in Monday's Navy Yard incident who remain at MedStar Washington Hospital Center have both been upgraded from fair condition to good. They are:

"The third patient — a female civilian with gunshot wounds to the head and hand — was discharged from the hospital on Tuesday afternoon."

J. Michael Slocum, an attorney for the Sharpshooters Range, initially told NPR that Aaron Alexis had visited the business on Sunday, Sept. 15. That's what we reported when we published this post. Now, Slocum says he was mistaken. He says Alexis went to the gun store on Saturday, Sept. 14. We have changed this post to reflect the new information.