Accessibility links
$64,000 Raised So Far For Homeless Man Who Turned In $42,000 : The Two-Way Glen James, who has been homeless for about five years, says he never even thought about keeping the money he found. Inspired by his story, contributors have been giving to an online fundraising campaign that its creator hopes will change James' life. 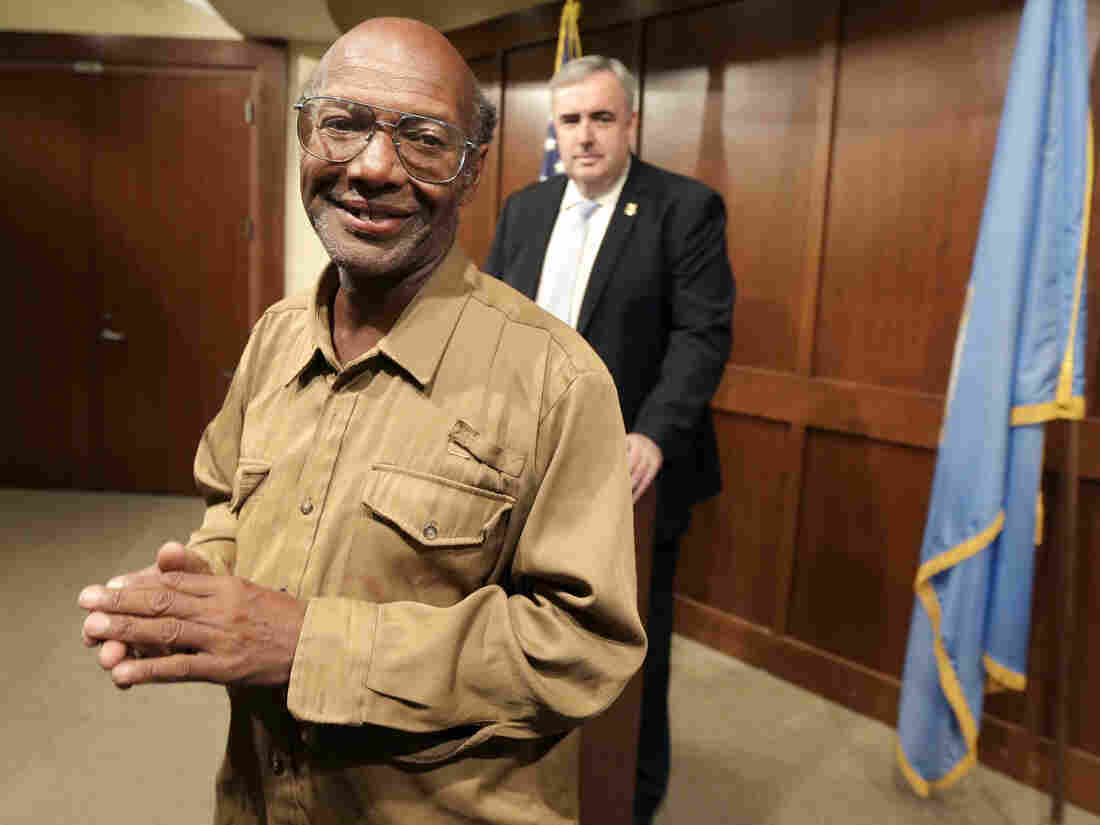 Glen James, a homeless man who found $42,000 and turned it in to police, after he was honored for his honesty earlier this week by Boston Police Commissioner Edward Davis (in background). Steven Senne/AP hide caption 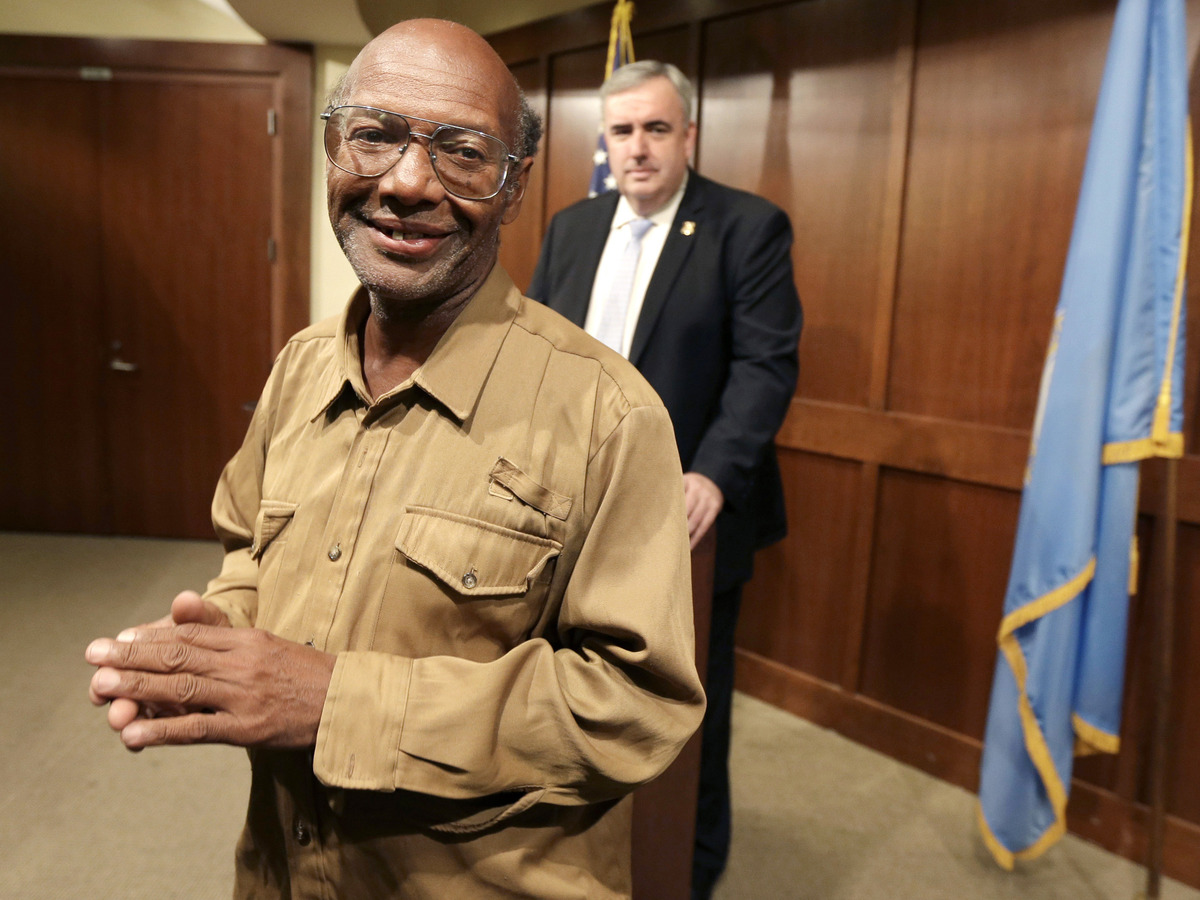 Glen James, a homeless man who found $42,000 and turned it in to police, after he was honored for his honesty earlier this week by Boston Police Commissioner Edward Davis (in background).

This week's feel-good story of the homeless man in Boston who found a backpack containing $42,000 in cash and travelers checks and then turned it into authorities is developing into an even better tale.

An online fundraiser to collect money for that Good Samaritan, who we now know is named Glen James, had raised nearly $64,000 as of 9:20 a.m. ET Wednesday.

The "Boston Homeless Man Reward" campaign was launched by Ethan Whittington of Midlothian, Va., who hasn't met James, but felt compelled to see if other Good Samaritans would "help this man change his life."

James was honored this week by the Boston Police Commissioner Edward Davis "for his extraordinary show of character and honesty."

According to The Boston Globe:

"James, a slight, bespectacled man in his mid-50s who says he has been homeless for five years, said the thought of keeping the money never crossed his mind.

" 'Even if I were desperate for money, I would not have kept even a penny of the money found,' he said Monday in a handwritten statement. 'God has always very well looked after me.' "

The Globe adds that "in his statement, James wrote about how he found the money and a bit about himself. He had worked at a courthouse for 13 years as a file clerk, he said, before being fired. On Monday, the courts could not immediately confirm his employment. James could have gotten another job, he said, but he suffers from an inner-ear disorder that causes prolonged vertigo spells."

The money he found last weekend belonged to a student from China who was visiting Boston. It was returned to the student.