Accessibility links
Tom DeLay's Conviction Overturned On Appeal : The Two-Way The former House majority leader, a Republican, was convicted in 2010 for his part in what at the time was judged to be an illegal scheme to funnel money to candidates. But a Texas appeals court has ruled that the state failed to prove its case. 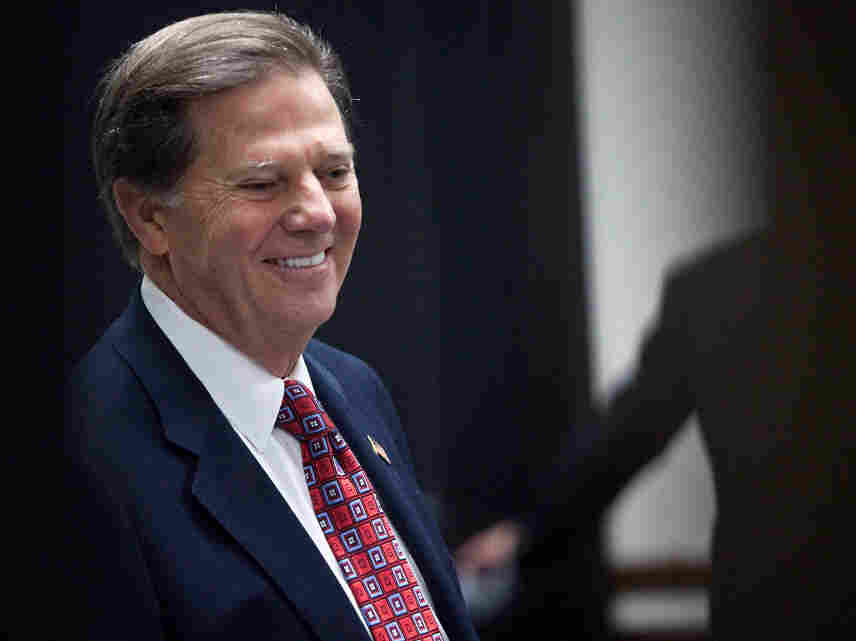 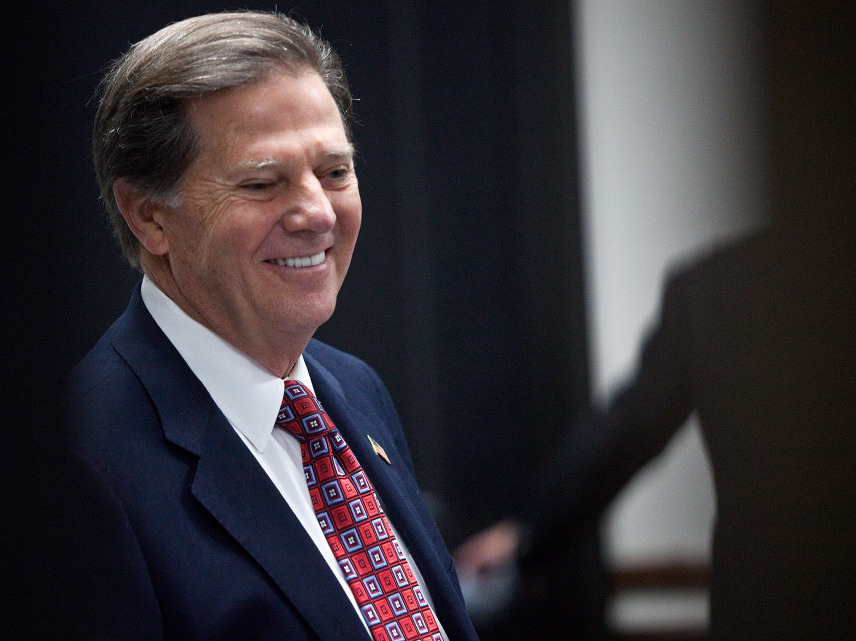 An appeals court in Texas has overturned the 2010 conviction of former House Majority Leader Tom DeLay, who had been found guilty of illegally funneling corporate money to Texas candidates during the 2002 campaign cycle.

DeLay, a Republican, had been out on bail while appealing his conviction and the three-year prison sentence he was handed afterward.

But in a 2-1 ruling released Thursday, the state's Third District Court of Appeals says "we conclude that the evidence presented does not support a conclusion that DeLay committed the crimes that were charged. ... The fundamental problem with the State's case was its failure to prove proceeds of criminal activity."

The court found that a political action committee DeLay created, which was at the center of the case, could accept donations from corporations and that the PAC "could lawfully transfer the corporate funds out of state." Therefore, the judges write, "the State failed to prove the 'applicable culpable mental states' for the donating corporations to support a finding of criminal intent by the corporations."

"There was no evidence that [the PAC] or RNSEC [the Republican National State Elections Committee] treated the corporate funds as anything but what they were, corporate funds with limited uses under campaign finance law. Rather, when viewed in the light most favorable to the verdict, the evidence showed an agreement to two legal monetary transfers: that [DeLay's PAC] transfer corporate money to RNSEC for use in other states and not in Texas in exchange for RNSEC transferring funds to Texas candidates out of a hard money account."

The Houston Chronicle described what DeLay's PAC did this way:

"DeLay was convicted of conspiracy and money laundering ... for his participation in a scheme to circumvent Texas elections laws banning the use of corporate money in candidate campaigns.

"DeLay's Texans for a Republican Majority used $190,000 in corporate money in a swap with the Republican National Committee for money raised from individuals to help finance Republican candidates for the Texas House in the 2002 elections.

"Those races were key to a GOP takeover of the House and set the stage for a 2003 congressional redistricting that helped give the Republicans a majority in the state's congressional delegation."

According to Austin's American-Statesman, "Justice Melissa Goodwin of Austin wrote the majority opinion, joined by visiting Justice David Gaultney. Both are Republicans." The dissenting vote was cast by Chief Justice J. Woodfin "Woodie" Jones, a Democrat.

"DeLay, a powerful House majority leader with a bare-knuckled approach to politics, spent nearly 22 years representing suburban Houston in Congress. The money laundering charges, which grew out of an investigation into campaign financing, ended his career in the U.S. House in 2006.

"After his conviction ... DeLay refused to duck the spotlight. He wrote a memoir called No Retreat, No Surrender: One American's Fight and appeared as a contestant on the TV show Dancing with the Stars. He didn't win."