Accessibility links
Greenpeace Vessel Is Boarded By Russian Coast Guard : The Two-Way The Arctic Sunrise was boarded after a protest against oil and gas drilling in the Russian Arctic. The crew tweeted the dramatic events in real time. 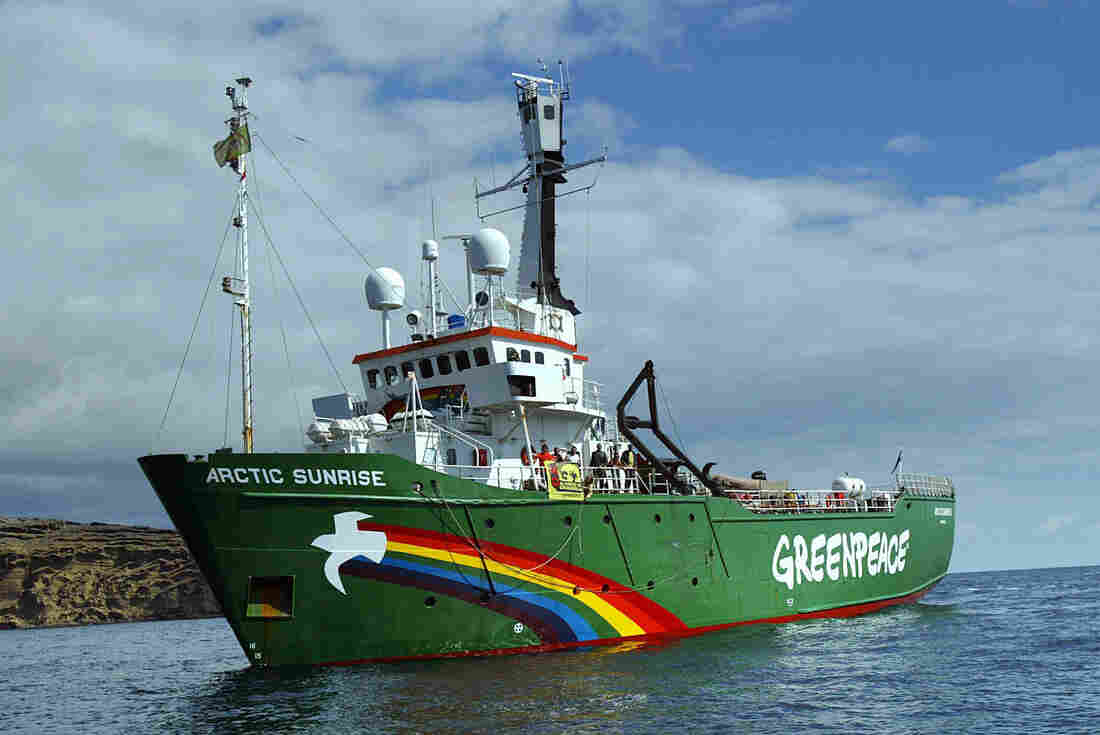 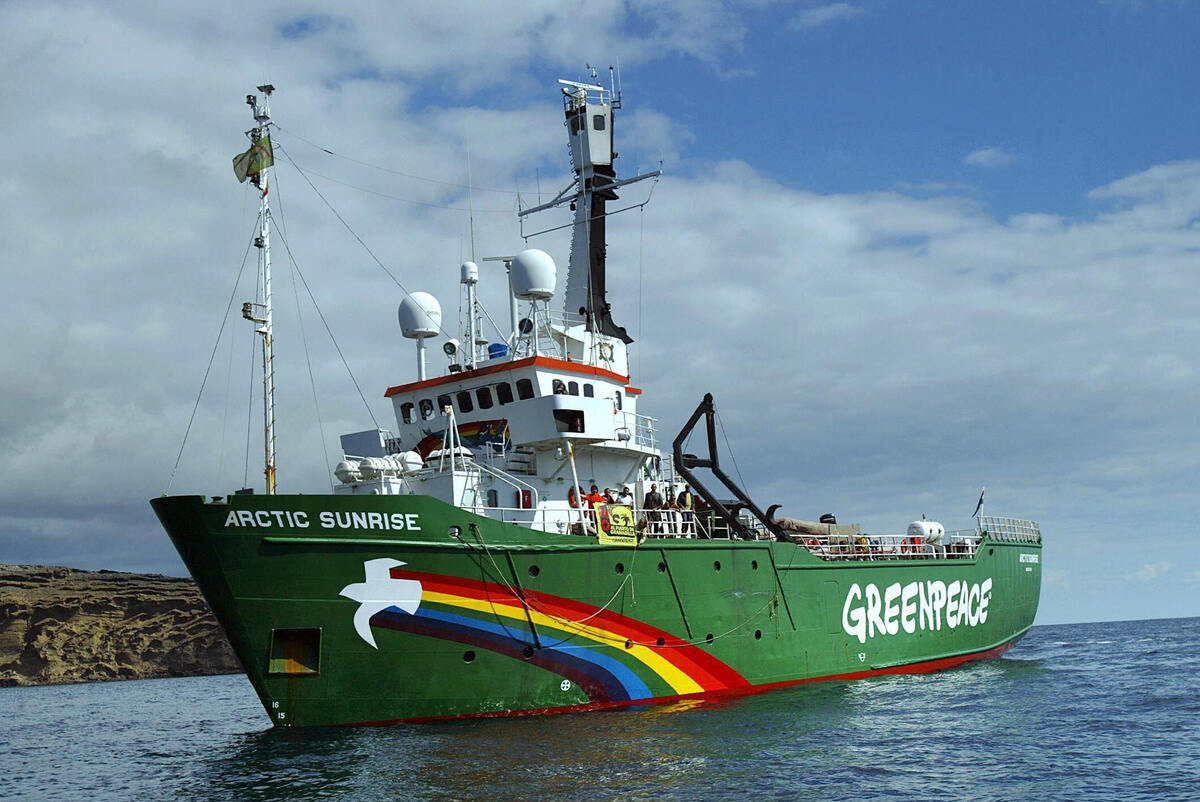 Greenpeace's ship the "Arctic Sunrise" in 2005.

Greenpeace reports that its vessel, the Arctic Sunrise, has been boarded by the Russian Coast Guard after a protest against oil and gas drilling in the Russian Arctic.

The crew of the vessel tweeted throughout the drama. A tweet by Greenpeace HQ indicated that everyone was safe but that the crew was not "in control of the ship at this point."

Greenpeace says that the vessel is in international waters in the Barents Sea. It said the confrontation began yesterday, when the Russian Coast Guard arrested two Greenpeace activists who had climbed aboard a drilling platform that belongs to Gazprom, the state oil company.

During the initial protest the Coast Guard fired 11 warning shots across the bow of the Arctic Sunrise.

Russia's Federal Security Service (FSB) confirmed that the border guards had fired warning shots "due to the genuine threat to the security of the Russian oil and gas complex, and failure to obey a lawful order to stop illegal activity."

At 6 pm local time today, the Arctic Sunrise crew tweeted that there was a helicopter overhead:

BREAKING: Helicopter hovering above Arctic Sunrise, rope dropping down. We think the Coast Guard is boarding us. #SaveTheArctic

Coast Guard commandos rappelled onto the vessel, as the some of the activists took refuge in the ship's communications room:

Russian authorities onboard with guns. They are breaking into the comms room now. #savethearctic

Other crew members were detained:

Latest from the deck: Crew are sitting on their knees on the helipad with guns pointed at them. #Savethearctic

As the commandos began to break into the communications room:

This is pretty terrifying. Loud banging. Screaming in Russian. They're still trying to kick in the door. #savethearctic

About twenty minutes after the final tweet from the crew, Greenpeace HQ took over confirming that there was no more contact with the crew:

That was followed shortly afterward by another tweet from Greenpeace saying that the Arctic Sunrise was not in Russian territorial waters when the Coast Guard boarded it: