Accessibility links
Report: Cases Of Elderly Dementia To Nearly Triple By 2050 : The Two-Way The worldwide population of older people in need of care for Alzheimer's and related diseases will reach 277 million by the middle of the century, the authors say. 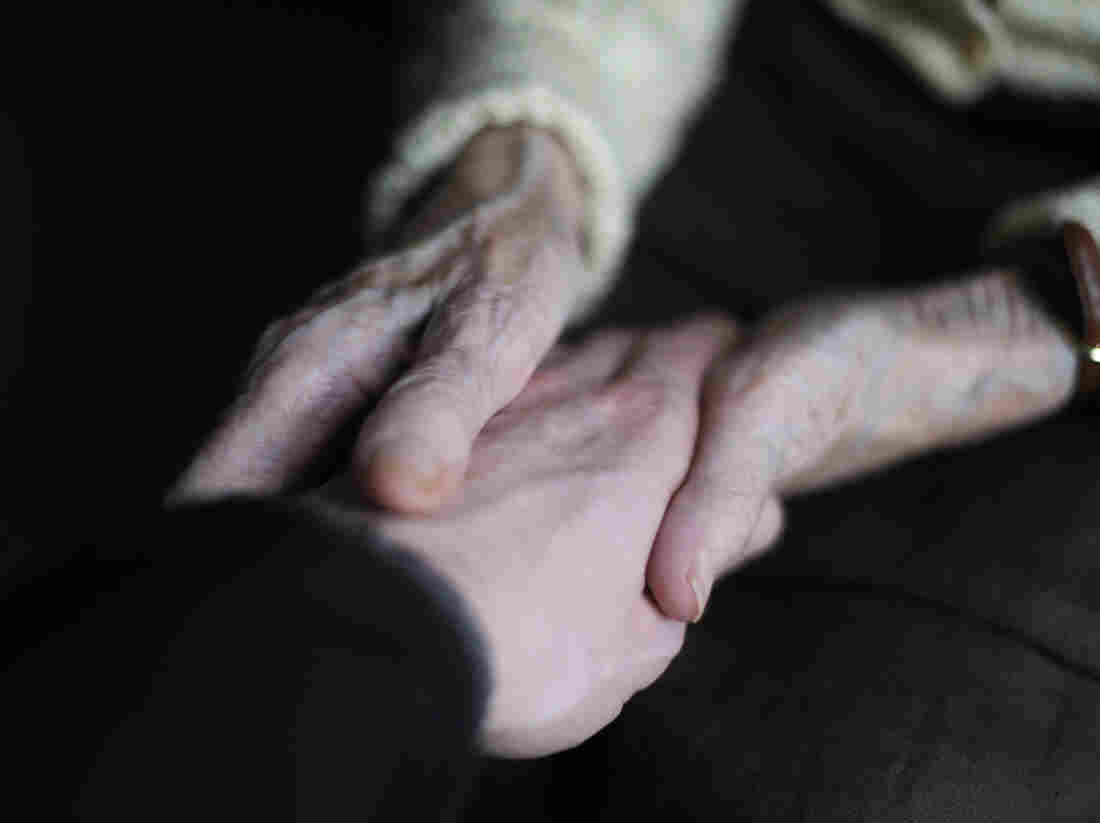 A woman suffering from Alzheimer's disease holds the hand of a relative in a retirement house in Angervilliers, France. AFP/Getty Images hide caption

By the middle of the century, the number of older people suffering from Alzheimer's and other forms of dementia will nearly triple, severely straining caregiving resources, the charity Alzheimer's Disease International says in a new study released Thursday.

Currently, some 100 million people globally suffer from the potentially fatal disease. That number is expected to increase to 277 million by 2050, as the graying population increases, The World Alzheimer's Report 2013 says.

Today, 80 percent of the elderly in nursing homes have some degree of dementia, it says.

"Long-term care for older ­people is mainly about care for people with dementia," the study's authors say. "Dementia and cognitive impairment are by far the most important contributors among chronic diseases to disability dependence and in high income countries transition into residential and nursing home care."

Alzheimer's disease is the best known form of dementia, but there are several other types. The condition is marked by memory loss, behavioral and cognitive difficulties.

"Even now, the worldwide cost of dementia care is more than $600 billion, or around 1.0 percent of global gross domestic product, and that can only increase, ADI's report said.

"As the world population ages, the traditional system in the United States, Europe and around the world of 'informal' care by family, friends, and community will require much greater support, it said.

"Globally, 13 percent of people aged 60 or over currently require long-term care. But between 2010 and 2050, the total number of older people with care needs will nearly treble from 101 to 277 million, according to the report."

Among other recommendations, ADI says governments should implement national plans and "urgent national debates on future arrangements for long-term care."