Accessibility links
13 People Shot In Chicago; 3-Year-Old Most Seriously Wounded : The Two-Way In what's thought to have been a gang-related incident, someone opened fire on a group of people in a park. The 3-year-old is in critical condition after a bullet struck his head.

From the NPR Newscast: Cheryl Corley reports on the shootings in Chicago 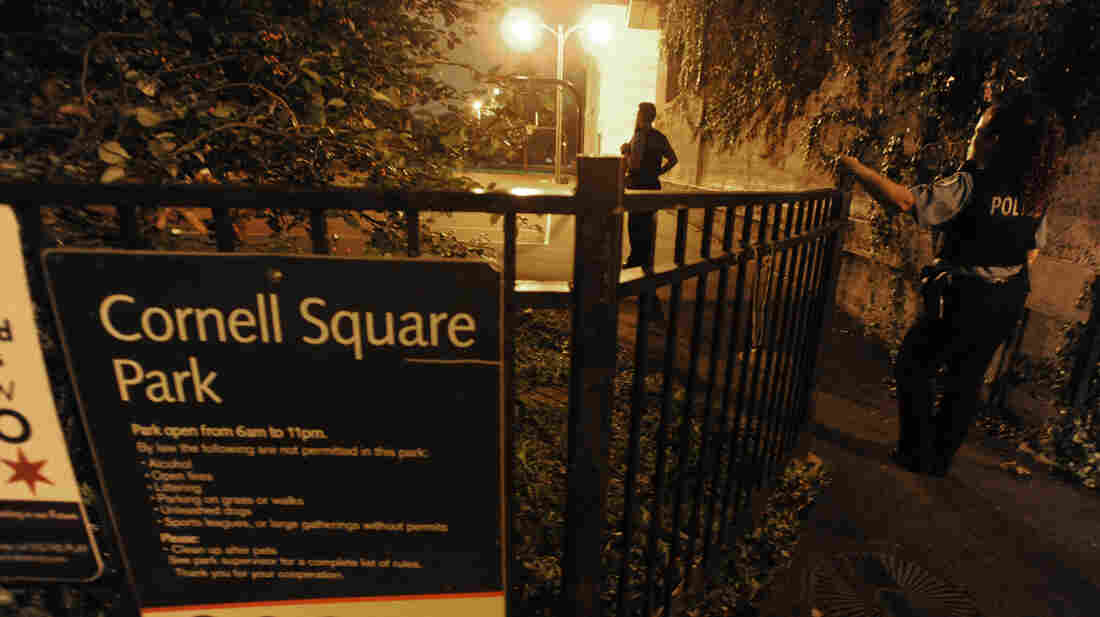 The scene late Thursday at a park in Chicago's South Side after a shooting there in which 13 people were wounded. Paul Beaty /AP hide caption 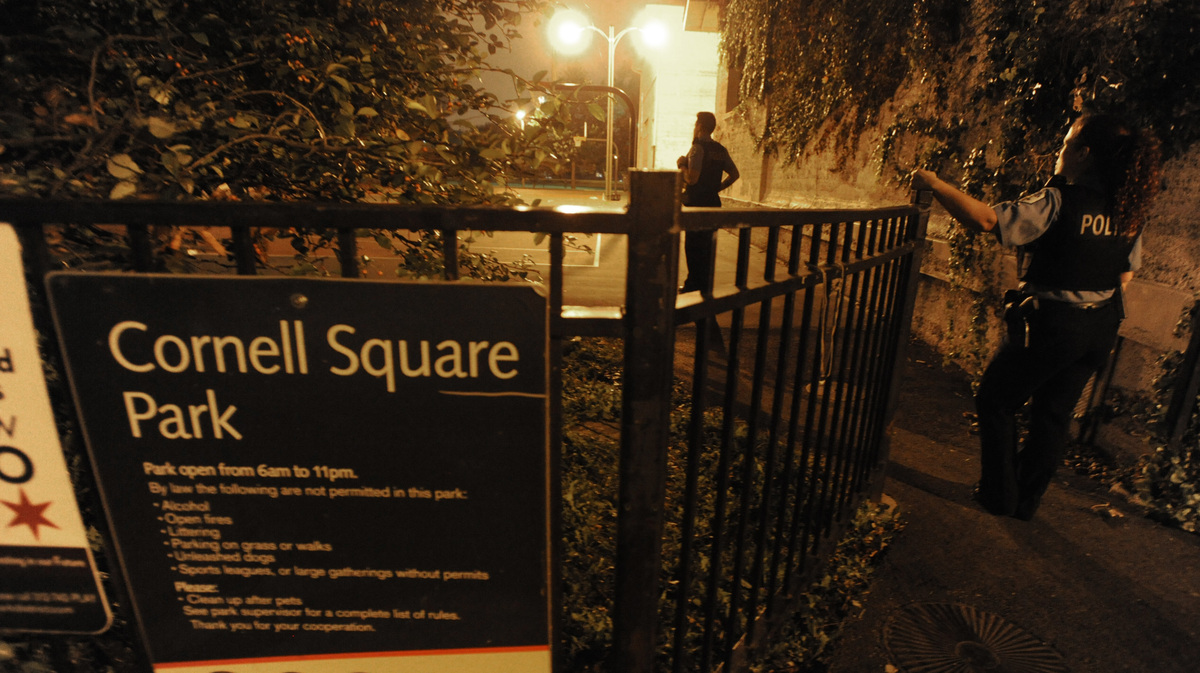 The scene late Thursday at a park in Chicago's South Side after a shooting there in which 13 people were wounded.

From the NPR Newscast: Cheryl Corley reports on the shootings in Chicago

It happened Thursday at about 10:15 p.m. local time in a working-class neighborhood called Back of the Yards in Chicago's South Side, NPR's Cheryl Corley reports.

She adds that "one witness told the Chicago Sun-Times that men fired at him from a car before turning toward a park. That's where the victims — several adults, two teenagers and the 3-year-old, were shot on a basketball court."

As of dawn Friday, Cheryl says, "no one had been taken into custody. Police were interviewing victims to determine the circumstances but say the shooting appears to be gang-related."

According to the Chicago Tribune, the 3-year-old "suffered a gunshot wound to the head at an ear that exited through his mouth, and was in critical condition at Mount Sinai Hospital, police said. The oldest victim, according to the Tribune, was 41 years old.

The Tribune adds this list, from the Chicago Police, with more about the victims, their injuries and their conditions:

On 'Morning Edition': "After Shooting Tragedies, States React With Legislation"

Update at 12:15 p.m. ET. Basketball Game Was Being Played; "Person Of Interest" Reportedly In Custody:

"A pick-up game was being played on the park's basketball court in the 1800 block of West 51st Street around 10:15 p.m. when at least one gunman walked up and started firing, apparently with a high-powered gun," the Tribune says. "Police believe the shooting stemmed from an ongoing dispute between the Black P. Stones and Gangster Disciples, a law enforcement source said. It was not known if any of the victims were intended targets."

The Sun-Times says that "a Chicago alderman said Friday that police told him that they have a person of interest in custody in the shooting of 13 people, including a 3-year-old boy, at a South Side park."

WGN-TV is webcasting a news conference being held by Chicago police.