Accessibility links
Joy Covey, Who Was Key To Amazon.com's Success, Dies : The Two-Way As the Internet retailer's chief financial officer, she led its initial public offering in 1997. Founder Jeff Bezos has said Covey was Amazon's primary contact with Wall Street during critical years. Wednesday, she died after her bicycle collided with a van. Covey was 50. 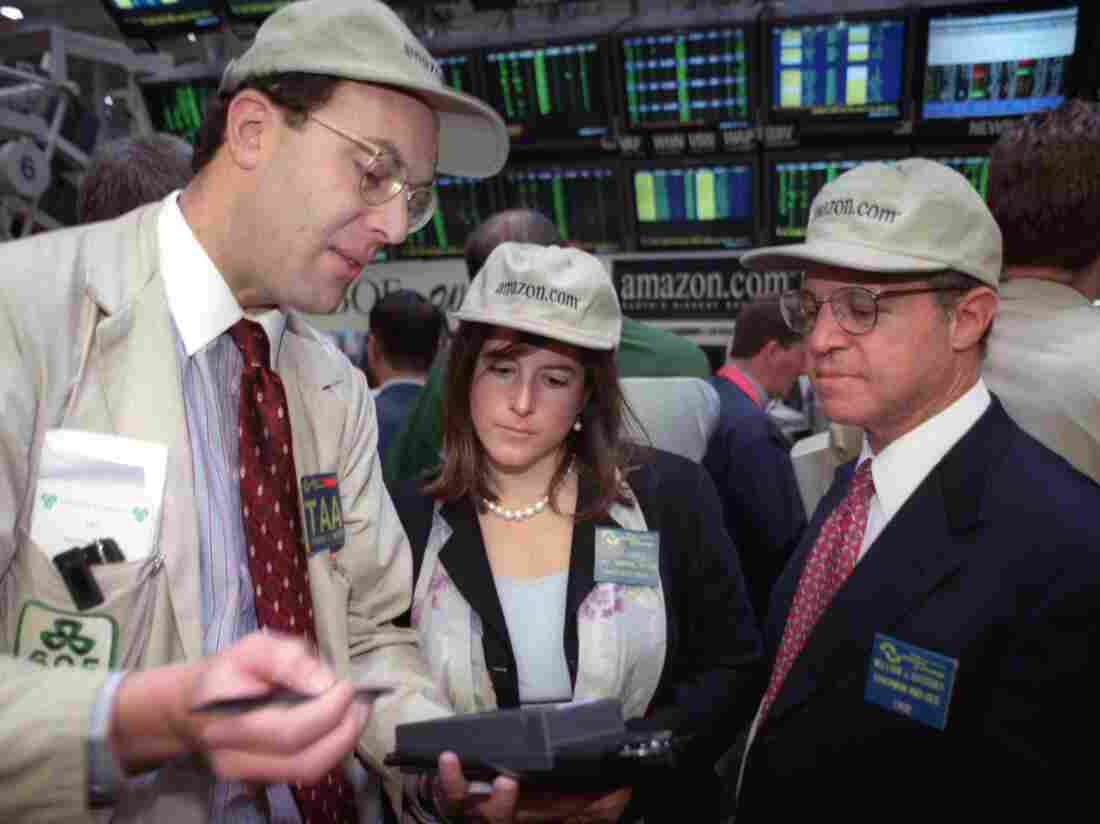 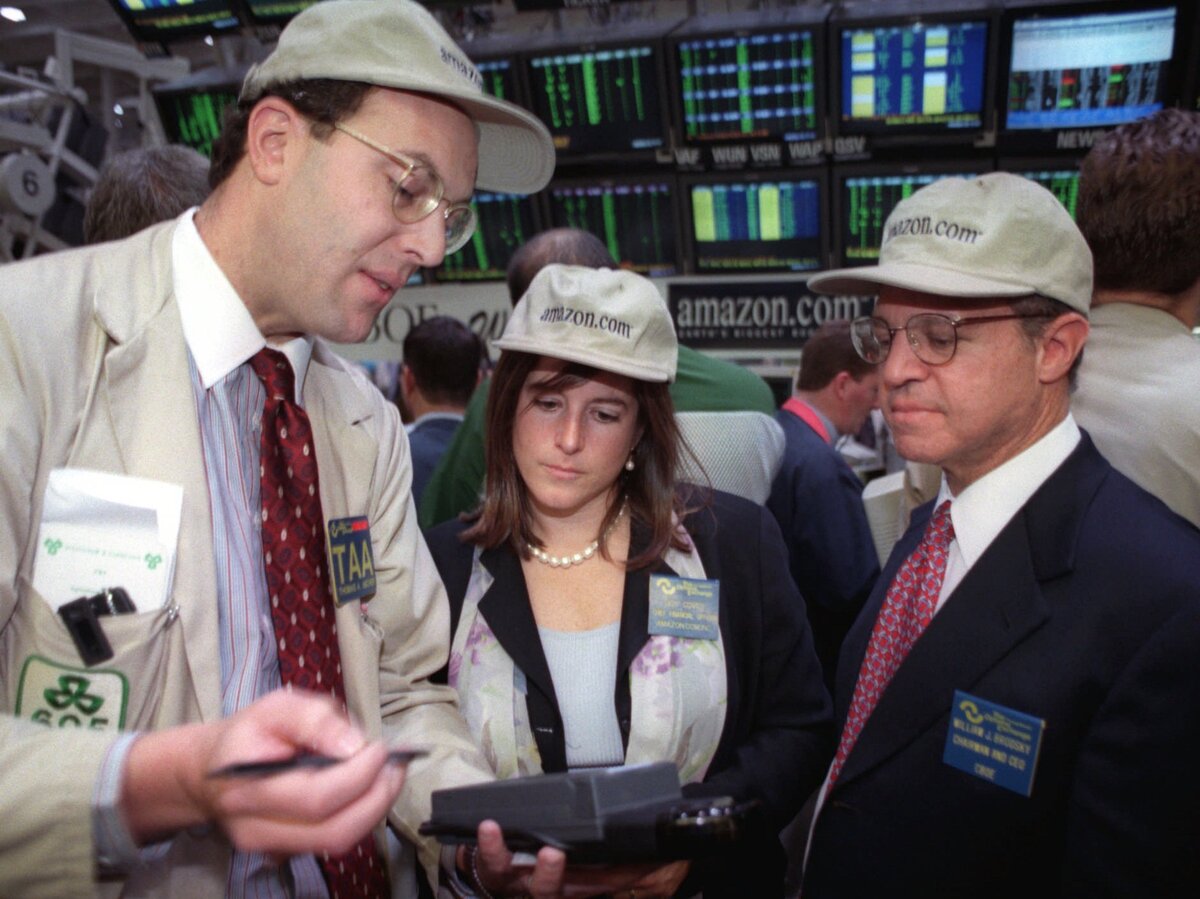 Joy Covey, then the chief financial officer of Amazon.com, on the floor of the Chicago Board Options Exchange in 1997, the year Amazon went public. She was with exchange Vice Chairman Thomas Ascher (left) and CEO William Brodsky.

"Joy Covey, who helped take Amazon.com Inc. public as the Internet retailer's chief financial officer, died Wednesday when her bicycle collided with a van on a downhill stretch of road in San Mateo County," the Los Angeles Times writes.

"According to the California Highway Patrol, Covey was riding downhill on Skyline Boulevard when she crashed into a Mazda minivan Wednesday afternoon. The minivan, driven by a 22-year-old Fremont man, was heading uphill and made a left turn onto Elk Tree Road directly in front of Covey. Covey crashed into the right side of the van and was pronounced dead at the scene. CHP officials say the driver is cooperating with their investigation."

CNN Money has reposted what it wrote about Covey in 1999, when she was "No. 28 on Fortune's Most Powerful Women in Business list."

After dropping out of high school because she was bored, Fortune wrote, Covey used her 173 IQ "to pass California's high school-equivalency exam. At 19, she graduated from California State University at Fresno and took the CPA exam (scoring second best in the country that year). After working at the accounting firm Arthur Young for a while, she headed to Harvard to collect an MBA and a law degree."

In 1996, Fortune continued, "following an interlude in Silicon Valley, Covey arrived in Seattle, pumped at the prospect of being a pioneer. Amazon.com was then an unproven e-commerce curiosity. 'I thought, Wouldn't it be great to build one of those new business models like Microsoft or Intel or Dell?' ... Covey has been an unusually influential finance chief, working with Amazon founder and CEO Jeff Bezos to recruit senior management and steer the company into businesses far beyond books. Says Bezos: 'I can budget only four days a year to talk to investors, so Joy has been Amazon.com's primary contact with Wall Street. In the Internet space, that's really unusual. She's doing what a CEO would normally do.' "

According to the San Jose Mercury News, Covey "led Amazon's [1997] IPO, counseling impatient Wall Street analysts to expect more red ink before profitability. By the time she quit to go skiing in 2000, Covey's net worth was estimated at $200 million. Amazon now has 97,000 employees and a market capitalization of $142.6 billion, all of it based on a structure she put in place."

The Times says "her son, Tyler, is among her survivors."