Accessibility links
Powerful Typhoon Has Hong Kong In Its Sights : The Two-Way The storm, which packed winds of 150 mph on Friday, is expected to weaken before it hits the Chinese territory.

Powerful Typhoon Has Hong Kong In Its Sights

Powerful Typhoon Has Hong Kong In Its Sights 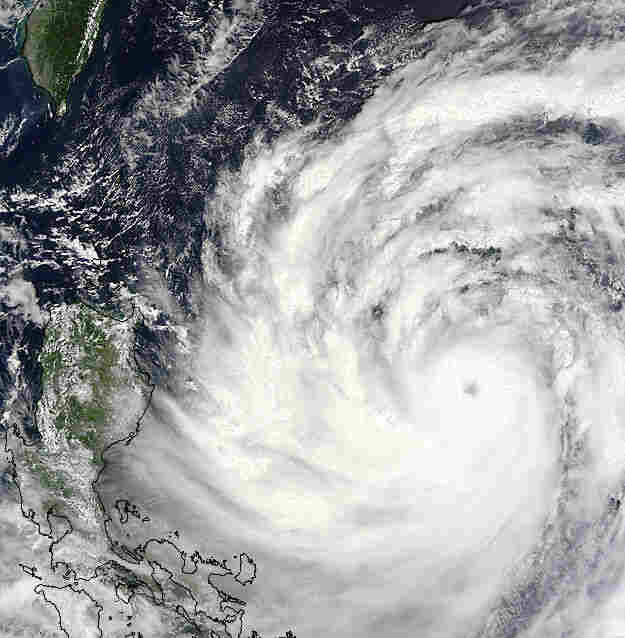 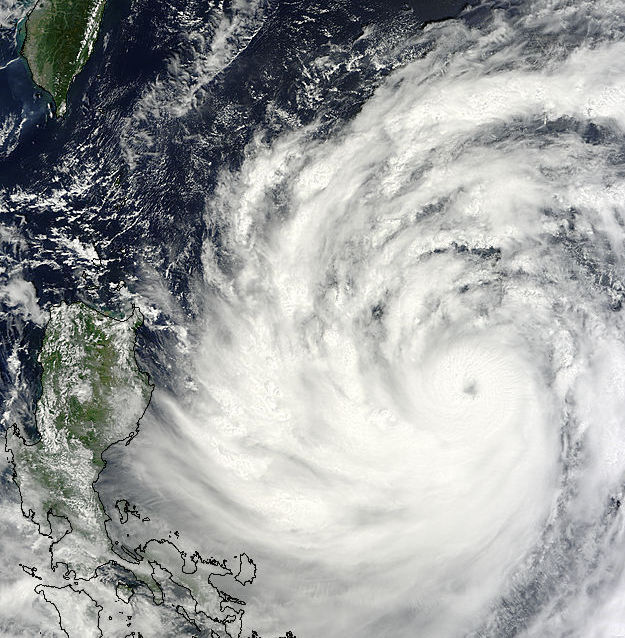 In this NASA image released Thursday, Typhoon Usagi is seen nearing Taiwan and the Philippines.

Super-typhoon Usagi — the equivalent of a Category 5 hurricane with sustained winds of 150 mph — is expected to skirt the Philippines and Taiwan before slamming into the Chinese coast near Hong Kong over the weekend.

The storm is forecast to skirt the coast of Luzon in the northern Philippines on Friday and brush the southern tip of Taiwan on Saturday. Although it is expected to be downgraded in strength by the time it hits Hong Kong on Sunday evening, Typhoon Usagi could still do considerable damage.

On Friday, the Hong Kong Observatory showed a track for the storm passing directly over the Chinese territory.

"By that time the weather will deteriorate significantly, with high winds and rough seas," it said. "If you are planning to travel out of Hong Kong or [have] other activities [scheduled], please be reminded that changes in the weather may affect your plans."

The South China Morning Post quotes typhoon expert Johnny Chan Chung-leung, dean of the School of Energy and Environment at City University of Hong Kong, as saying Usagi could be on par with Typhoon Megi in 2010 and some of the major storms to hit Hong Kong in the 1980s.