Accessibility links
Document Sheds New Light On The Time The U.S. Almost Nuked Itself : The Two-Way In 1961 a B-52 bomber accidentally dropped two nuclear bombs on North Carolina. One low-voltage switch "stood between the United States and a major catastrophe," an engineer wrote about the incident.

Document Sheds New Light On The Time The U.S. Almost Nuked Itself

Document Sheds New Light On The Time The U.S. Almost Nuked Itself 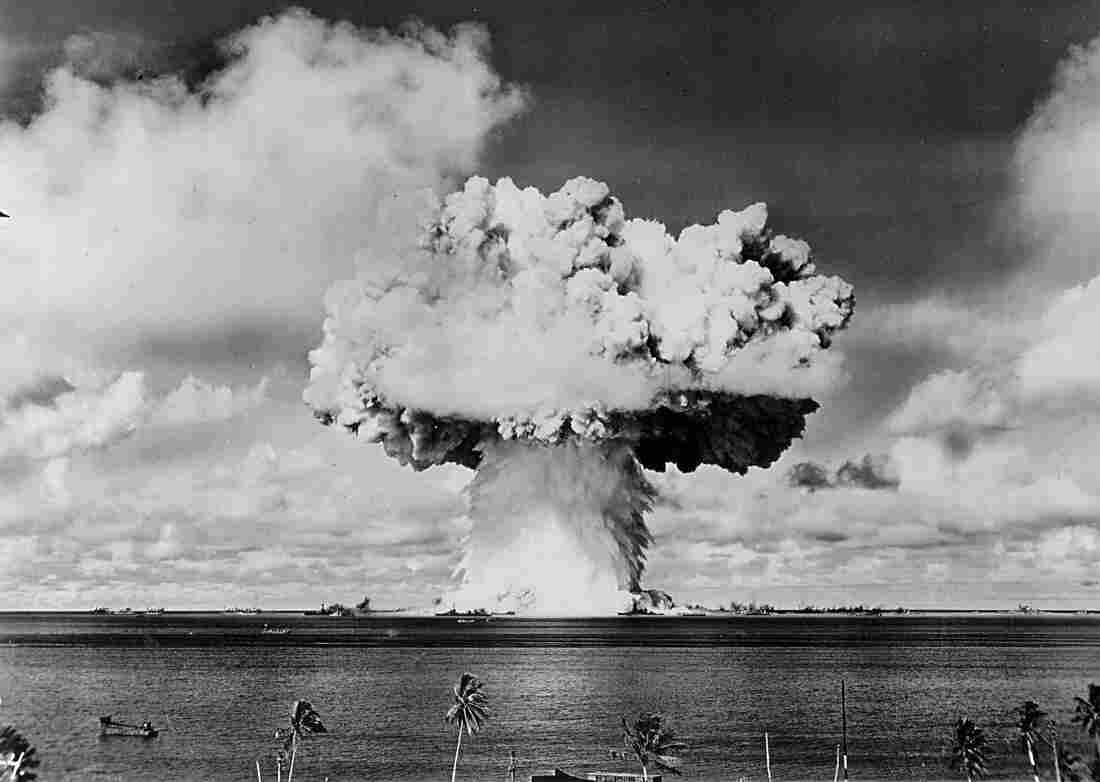 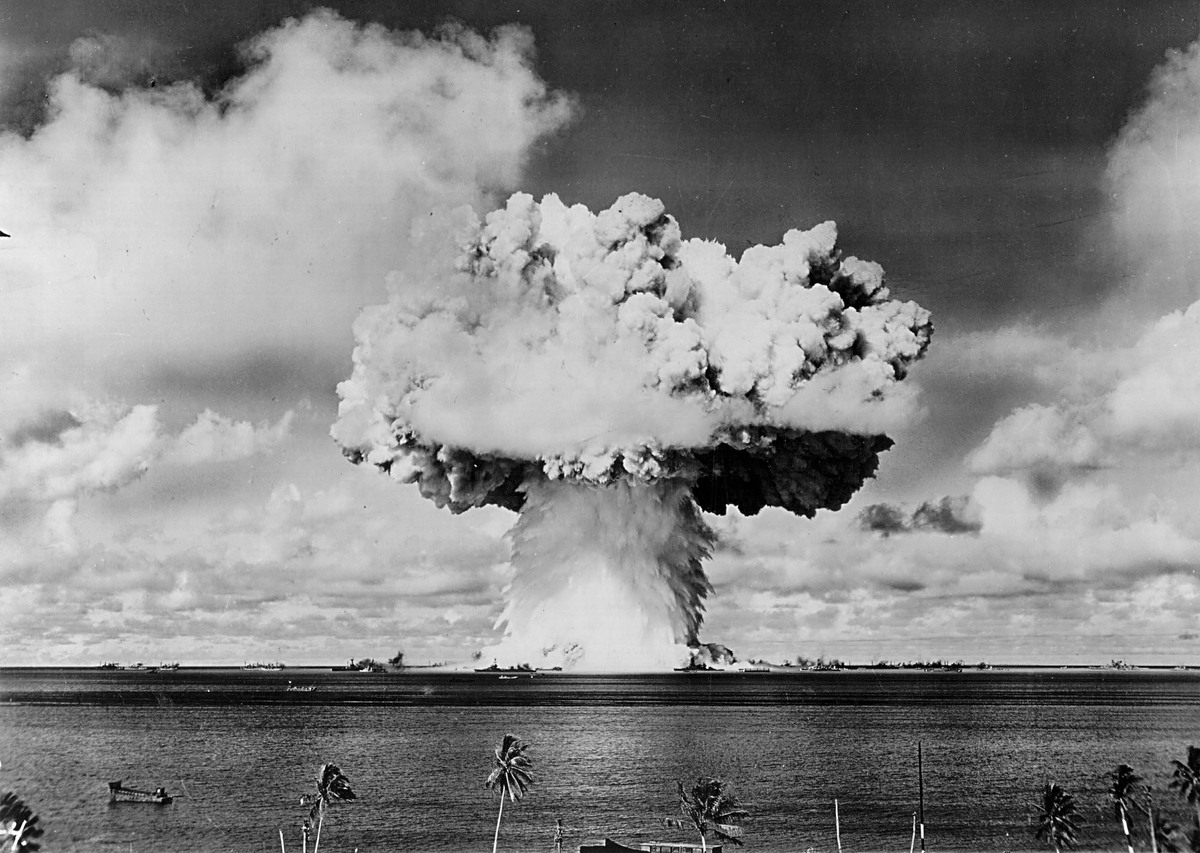 An atomic cloud rises July 25, 1946 during the "Baker Day" blast at Bikini Island in the Pacific.

"One simple, dynamo-technology, low voltage switch stood between the United States and a major catastrophe."

That is the blunt 1969 assessment of Parker F. Jones, the then supervisor of the nuclear weapons safety department at Sandia National Laboratories, in a newly declassified document that sheds light on a 1961 accident in which the United States almost nuked North Carolina.

The document was given to The Guardian today by author Eric Schlosser, who came upon the document doing research for a new book.

The story of Goldsboro, N.C. is well known. It was the Cold War and the U.S. had B-52 bombers in the air as a precaution, ready to strike if the Soviet Union made a move. As Rudolph Herzog explained it in his book A Short History of Nuclear Folly, one of the B-52s was carrying two Mark 39 hydrogen bombs, which are many times more powerful than the bomb dropped on Hiroshima. Like the others, the B-52 flew huge circles around the U.S. and the Atlantic, needing to be refueled along the way.

The plane had reported an oil leak in its left motor.

"The third time [it was filled up], a filler neck broke off the plane ... and kerosene began pouring from its right wing," Herzog writes.

To make a long story short, the plane disintegrated and the two bombs fell from the sky onto American soil.

As The Guardian reports in its piece about the document that the "U.S. government has repeatedly publicly denied that its nuclear arsenal has ever put Americans' lives in jeopardy through safety flaws."

But this document says that in the Goldsboro incident, the U.S. was one step away from a massive nuclear disaster.

To be fair, as Herzog notes in his book, former Secretary of Defense Robert McNamara did say in 1983 that the bomb had gone through six of the seven steps needed for detonation.

Of course, in his memo, Jones puts it more dramatically.

"The MK 39 Mod 2 bomb did not possess adequate safety for airborne alert role in the B-52," Jones wrote.

In its review of Schlosser's new book, Command and Control: Nuclear Weapons, the Damascus Accident and the Illusion of Safety, Bloomberg reports that the North Carolina accident was one of many.

"The book makes clear that the U.S. has generally been good at handling its atomic weapons but has also had a lot of luck. He reveals declassified studies that disclose hundreds of mishaps between 1950 and '67 and beyond. They include a B-61 hydrogen bomb accidentally dropped 7 feet from a parked B-52 bomber at Carswell Air Force Base when a crewman pulled a handle too hard and a Mark 6 atomic bomb landing in a Mars Bluff, South Carolina, backyard, creating a 35-foot-deep crater and blowing out nearby windows and doors."