Accessibility links
No Way, Man! Last VW Bus To Soon Roll Off Assembly Line : The Two-Way The transportation of choice for hippies is made only in Brazil. But "the man" says it needs air bags and other safety features, and VW says they can't be added to the vehicle. Are you cool with it going away or totally bummed out? 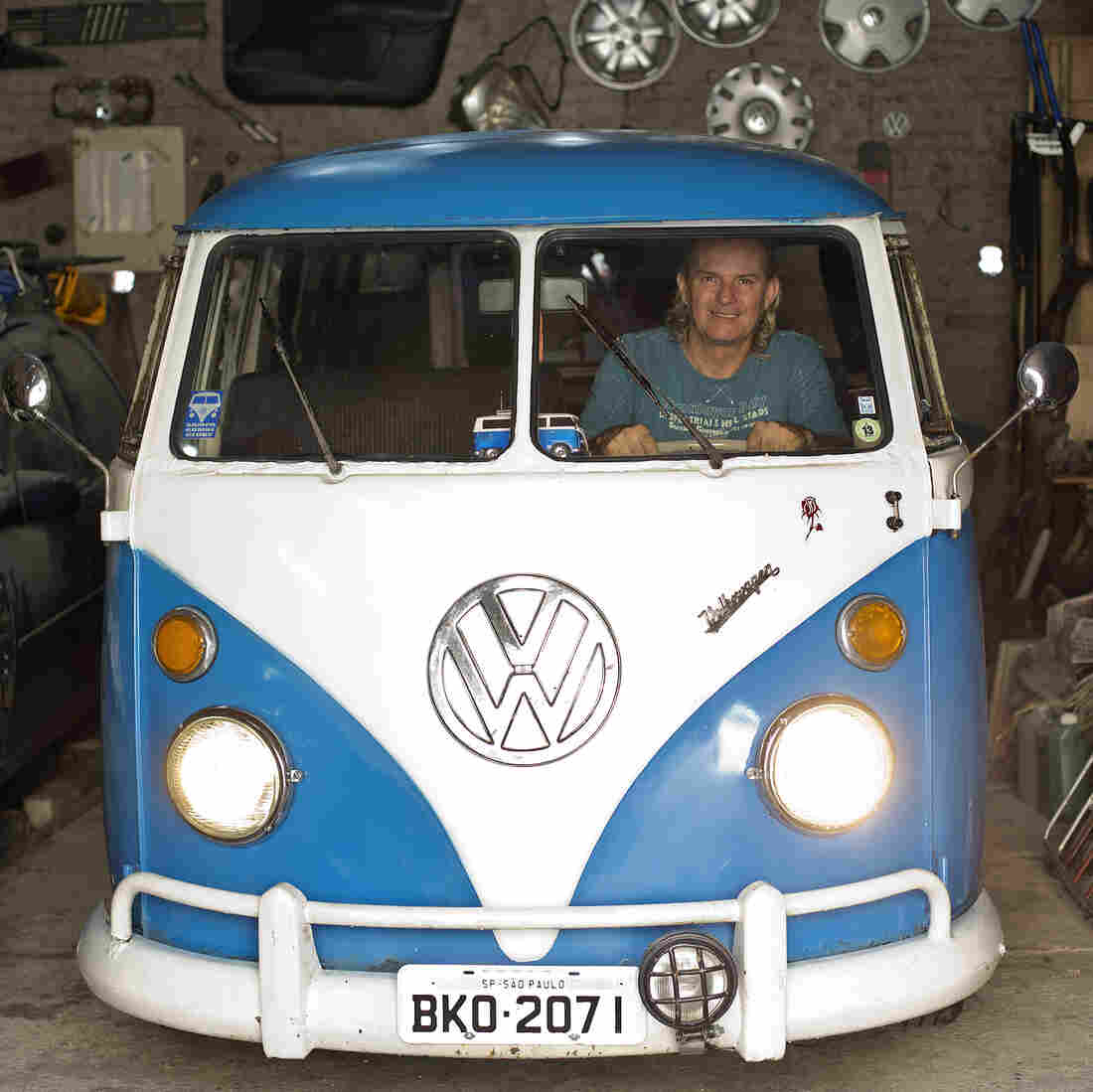 Enio Guarnieri of Sao Paulo, Brazil, in his 1972 Volkswagen. Soon, the last of the vans will be made in a nearby factory. Andre Penner/AP hide caption 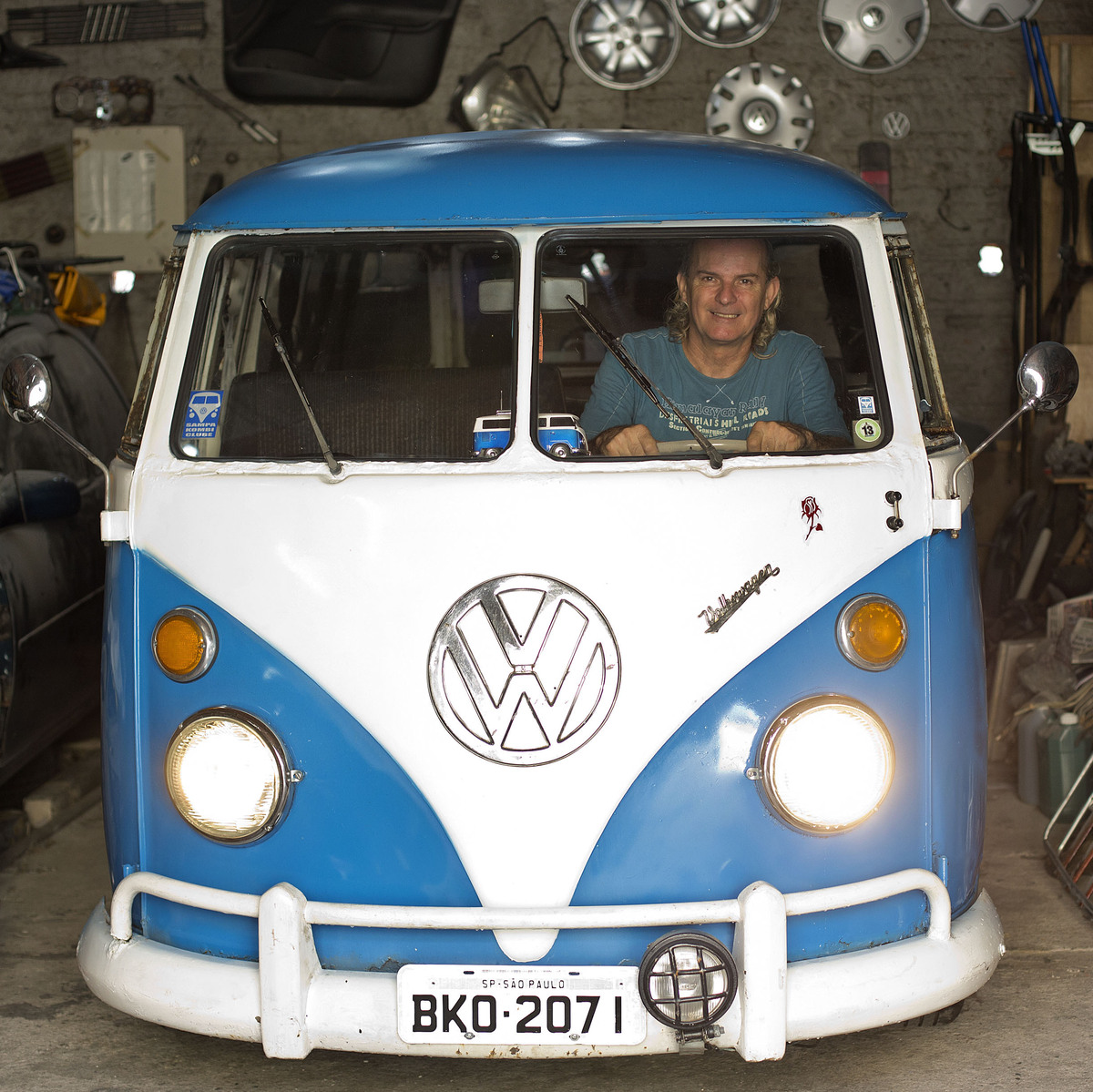 Enio Guarnieri of Sao Paulo, Brazil, in his 1972 Volkswagen. Soon, the last of the vans will be made in a nearby factory.

We just tripped over some news that's got us a bit bummed out:

The last Volkswagen "hippie bus" is due to roll off an an assembly line in Brazil on Dec. 31.

It seems the van that became known as the transportation of choice for counter-culture folks in the '60s can't be made with the air bags and other safety equipment that "the man" wants it to have.

So Volkswagen is ending production in the last place where the van's still made; a factory near Sao Paulo.

Volkswagen Brazil is turning the final few into special editions. They'll come in sort of robin's egg blue with white trim. Inside: "Special vinyl upholstery" with those colors and blue curtains on the windows.

As Quartz reported earlier this month:

"Germany shuttered its production of the minibus back in 1979, and Mexico followed suit in 1994. Since, Brazil has been the sole producer of the VW camper van. ... The discontinuation of the VW minibus, the longest-produced model in automotive history, is sure to disappoint camper van enthusiasts around the globe, many of whom organize festivals and gatherings to commemorate its creation."

"VW produced more than 10 million Volkswagen Transporter vans globally since the model was introduced 63 years ago in Germany, though not all resemble the classic hippie machine. More than 1.5 million have been produced in Brazil since 1957."

The last classic VW Beetle was made in Mexico in 2003.