Accessibility links
U.N.: Child Labor Is Down, But 168 Million Children Still Work : The Two-Way Although there are one-third fewer children working than there were in the year 2000, the problem continues. Many are employed in hazardous occupations involving dangerous machinery or harmful chemicals.

U.N.: Child Labor Is Down, But 168 Million Children Still Work

U.N.: Child Labor Is Down, But 168 Million Children Still Work 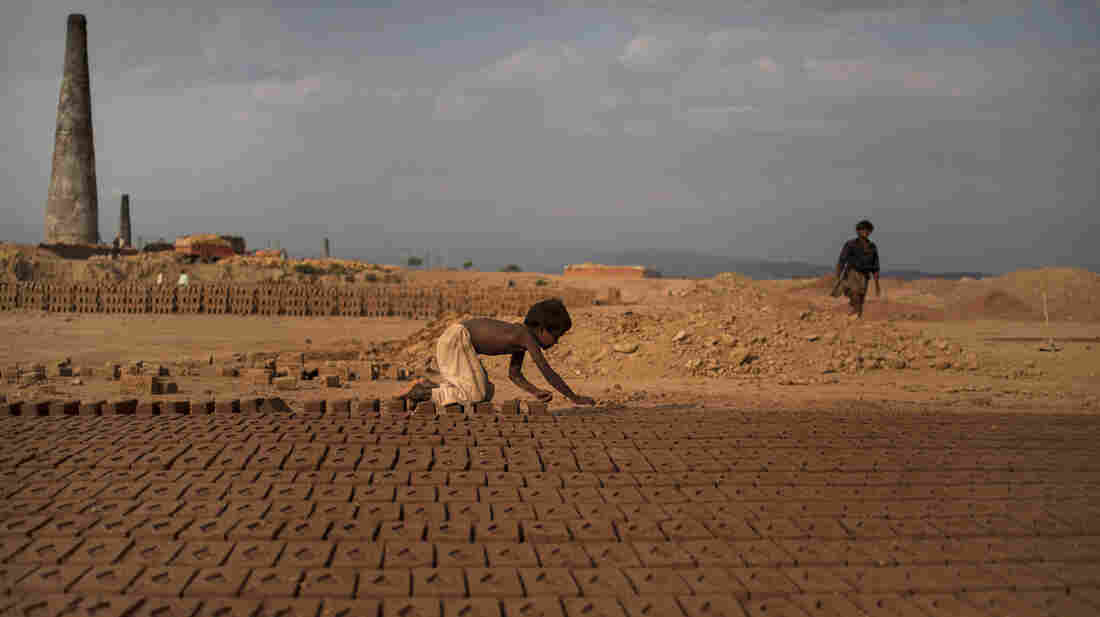 Near Islamabad, Pakistan, 6-year-old Jabro Mounir was arranging bricks this summer — part of his daily work at a brick-making facility. He earns a little less than $2 per day. Muhammed Muheisen/AP hide caption 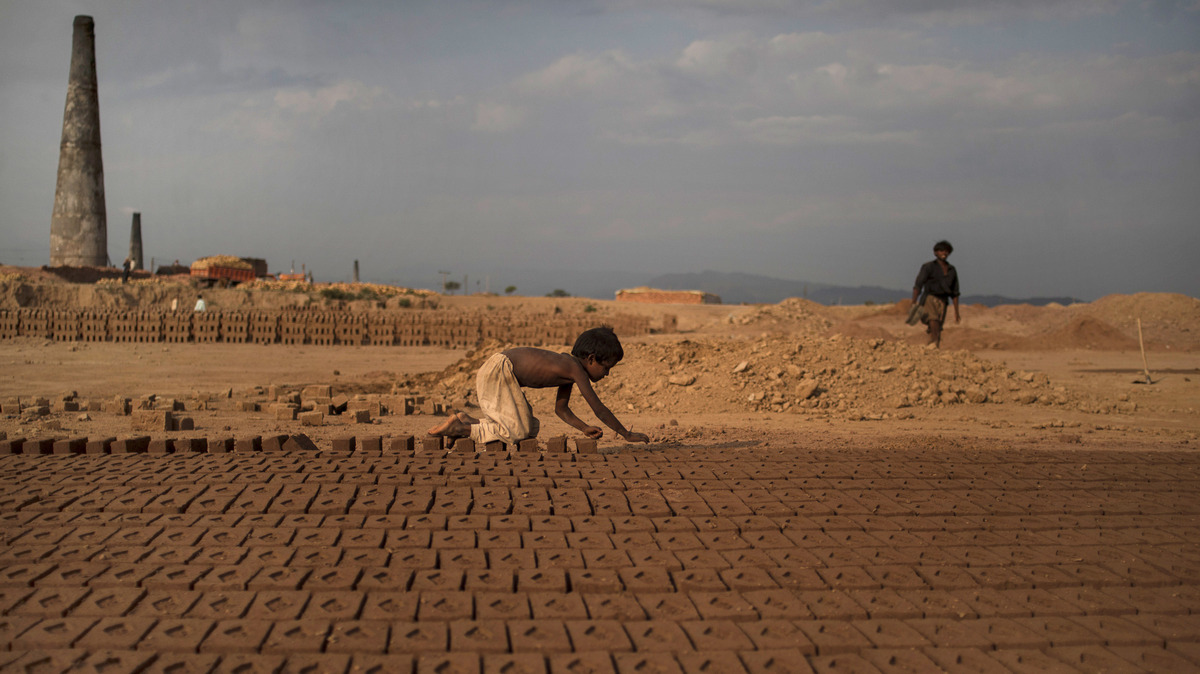 Near Islamabad, Pakistan, 6-year-old Jabro Mounir was arranging bricks this summer — part of his daily work at a brick-making facility. He earns a little less than $2 per day.

The trend is good:

"The global number of child laborers has declined by one third since 2000."

That still means there are an estimated 168 million child laborers around the world, and more than half "are involved in hazardous work" involving such things as dangerous machinery and harmful chemicals.

Those are the topline conclusions of a new International Labor Organization report. The U.N. agency says that "even the latest improved rate of decline is not enough to achieve the goal of eliminating the worst forms of child labor by 2016."

According to the report, though:

"This recent progress is very welcome news, as there were fears that the social hardship caused by the global economic crisis of 2008-2009 and its aftermath could result in an increase in the number of families resorting to child labor in order to make ends meet."

It also adds that:

"The decline in child labor has taken place against the backdrop of a sustained global movement against child labor involving a multiplicity of actors and efforts at a variety of levels. The report identifies a number of actions that have driven progress, including political commitment of governments, increasing number of ratifications of the ILO Convention No. 182 on the Worst Forms of Child Labor and the parallel surge of the ILO Convention No. 138 on the Minimum Age for Admission to Employment, the two principal legal pillars for the global fight against child labor, sound policy choices, as well as solid legislative frameworks."

The largest number of children — about 78 million — work in the Asia-Pacific region, the ILO says.

The Wall Street Journal adds that "activists have attributed at least part of the decline to stepped-up pressure from big consumer-product companies that feared getting caught with underage workers abroad."