Accessibility links
$4.7 Billion Deal Would Take BlackBerry Private : The Two-Way The deal comes just days after BlackBerry announced a nearly $1 billion quarterly loss and that it was shedding about 40 percent of its workforce. 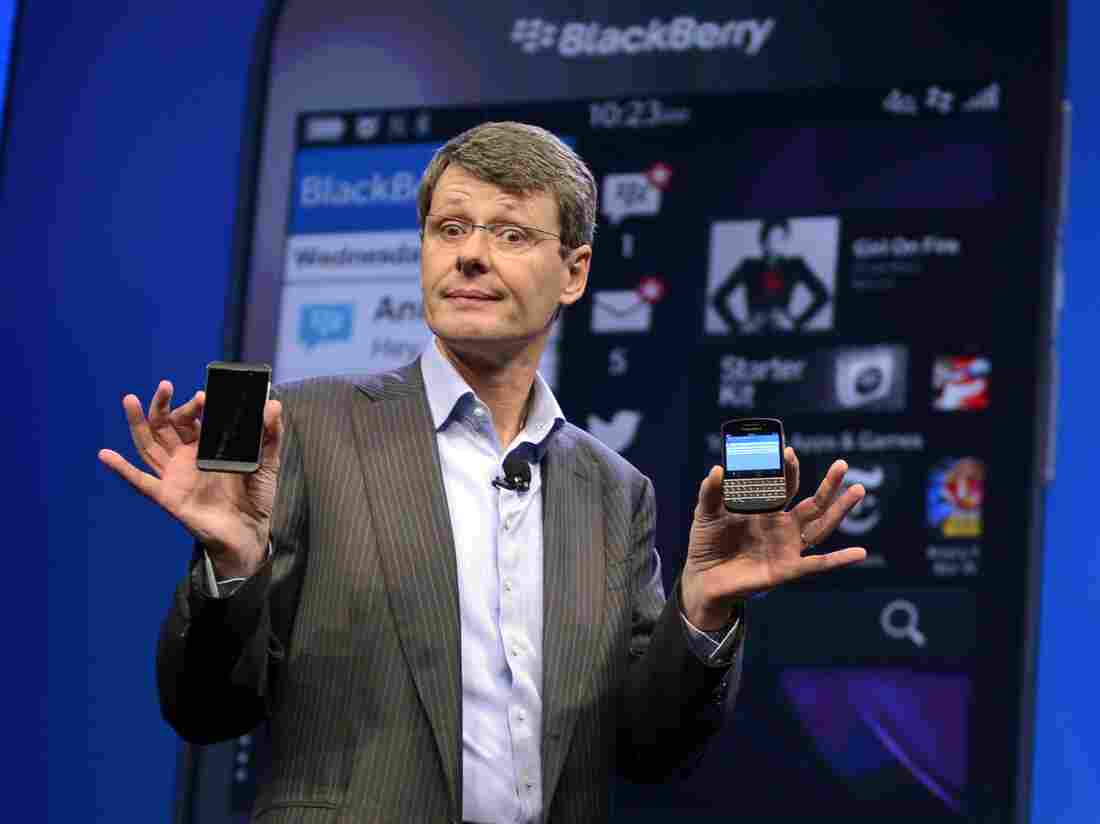 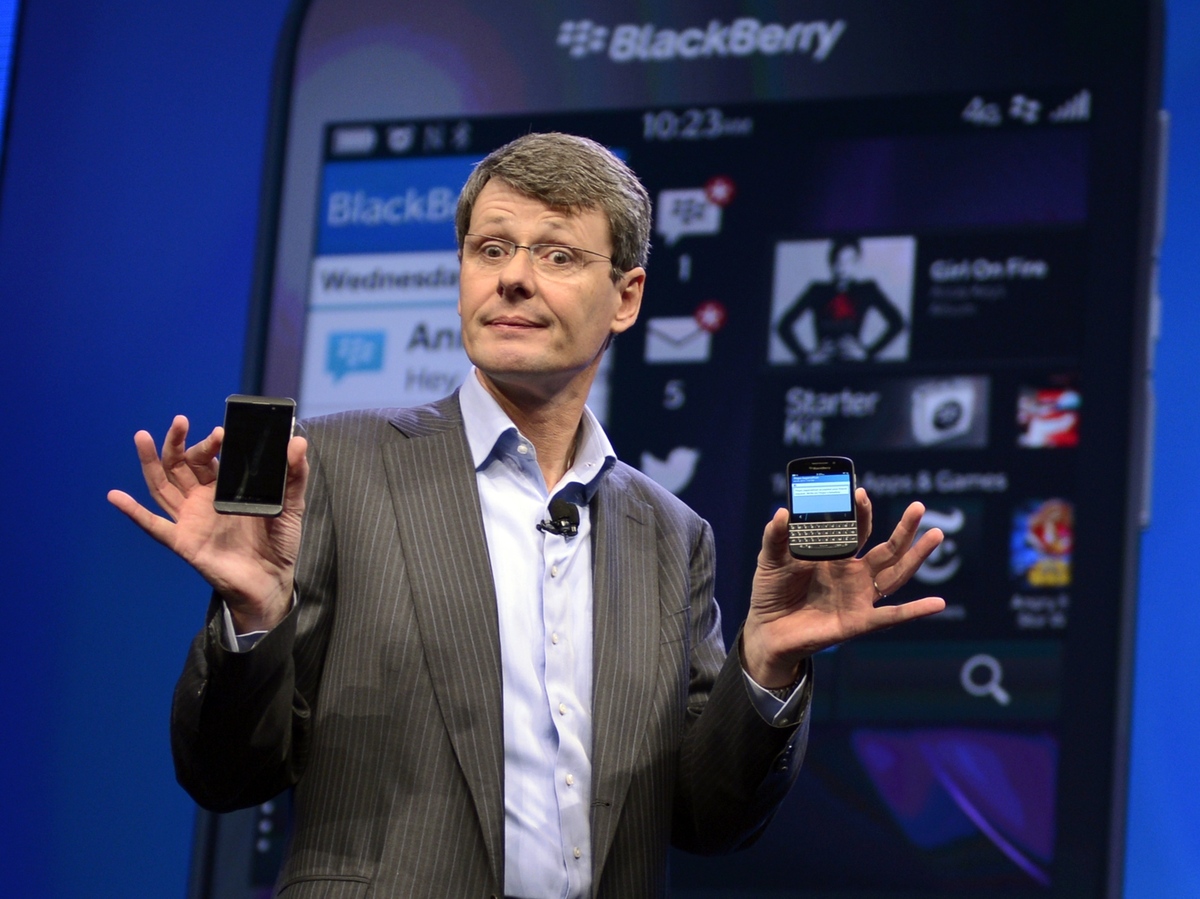 A consortium of investors lead by Fairfax Financial Holdings Limited has offered BlackBerry a $4.7 billion buyout, pending "due diligence," the company said on Monday.

The deal would take the struggling telecommunications firm into the private market, paying investors about $9 per share in cash. In a press release, BlackBerry said:

"While being privately held would allow BlackBerry to restructure without worrying about bad news affecting its share price, several analysts have questioned how it can remain in the phone business without access to open capital markets. Its competitors like Apple and Google are among the most profitable and largest corporations in the world."

The consortium is expected to complete its diligence by Nov. 4.

Of course, this announcement comes just days after BlackBerry announced a nearly $1 billion quarterly loss and that it was shedding about 40 percent of its workforce.

In short, over the past few years, the Canadian company has simply failed to capture the imagination of its consumers. BlackBerry said it sold 3.7 million smartphones the past three months, but compare that to the 9 million iPhones Apple said it sold this past weekend.

"If BlackBerry backs out of the deal at this point, it would owe Fairfax a fee of 30 cents a share, or about $157 million. That fee would grow to about $262 million if a definitive agreement is signed and BlackBerry walks away."