Accessibility links
Siege Over, Kenya Has 'Defeated The Monster Of Terrorism' : The Two-Way Four days after terrorists attacked a shopping mall in Nairobi, President Uhuru Kenyatta told his nation that the crisis has ended. He said at least 61 civilians, 6 security officers and 5 terrorists had been killed. More bodies, though, might still be in the building.

Siege Over, Kenya Has 'Defeated The Monster Of Terrorism'

Siege Over, Kenya Has 'Defeated The Monster Of Terrorism' 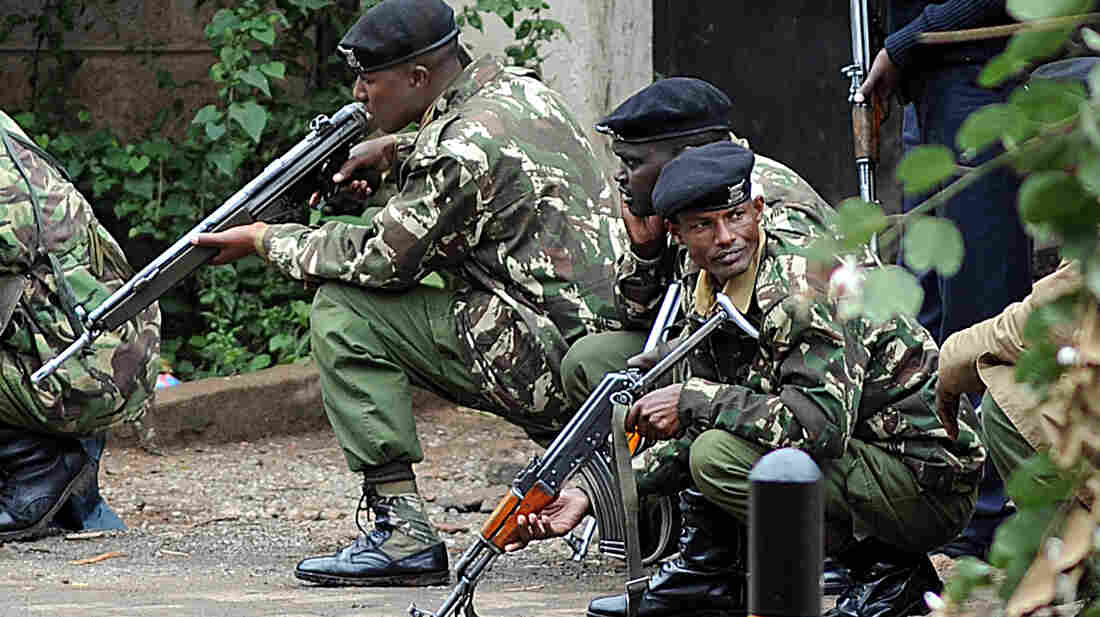 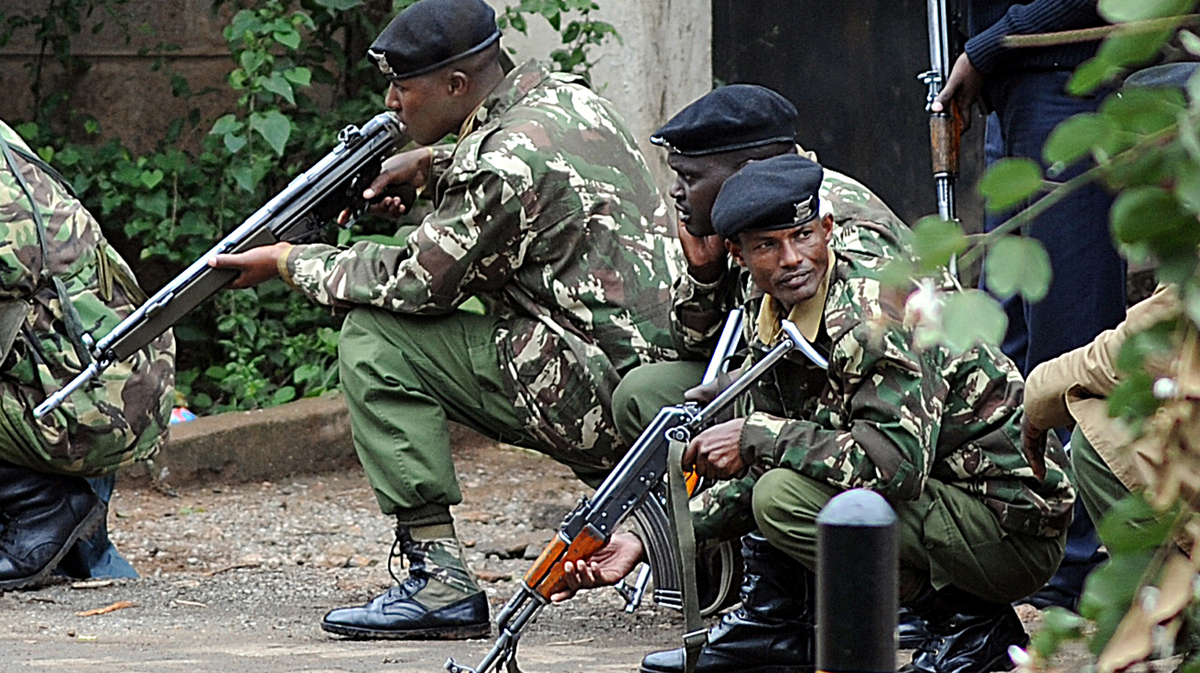 Kenyan police officers take cover outside the Westgate mall in Nairobi on Monday.

Telling his nation that security forces have "ashamed" those who attacked a shopping mall in Nairobi, Kenyan President Uhuru Kenyatta on Tuesday declared "we have defeated the monster of terrorism."

As night fell in Kenya and after four days that captured attention around the world, it appeared the crisis was over.

Kenyatta said, as the BBC reports, that the death toll from Saturday's attack by Somalia-based terrorists and the siege that followed was:

But other bodies may still be inside the building, the president warned. Part of the structure, where fire broke out Monday, had collapsed.

About 200 people were injured.

According to Kenyatta, 11 terrorists said to be connected to the al-Shabab group are in custody.

"Fellow Kenyans," Kenyatta added, "we have been badly hurt and feel great pain and loss, but we have been brave, united and strong. Kenya has stared down great evil and triumphed."

Although the Kenyan government claims to be in control of the situation and in the "last stages of the security operation," more shots have been heard at the upscale mall in Nairobi where dozens of people have been killed since Saturday's attack by Islamist militants.

It's wasn't clear as afternoon turned to evening Tuesday in Kenya whether the four-day-old crisis was finally almost over or likely to drag on.

There was also ominous news from The Associated Press, which reports being told that "Nairobi's city morgue is preparing for the arrival of a large number of bodies of people killed in the Westgate Mall terrorist attack."

"Morgue employees were dressed in smocks early Tuesday, though no bodies had been delivered. The official death toll from the mall attack stood at 62. Most of those bodies were already taken to the morgue, either directly or from hospitals."

From Nairobi, NPR's Gregory Warner said on Morning Edition that it seems almost certain that the death toll will be rising. He also reported that authorities believe a few American and British nationals may have been among the al-Shabab militants responsible for the attack.

Kenyan Foreign Minister Amina Mohammed has told the PBS NewsHour that the foreigners may include the so-called White Widow: Samantha Lewthwaite of Great Britain, who moved to Kenya in 2007 with her three children. She is, the BBC adds, "the widow of one of the men who carried out attacks on London's transport system on 7 July 2005."

We'll update with news from Nairobi as it comes in. The local time in the Kenyan capital is seven hours ahead of the U.S. East Coast.