Accessibility links
Word Spreads Far Of Canceled Wedding That Fed The Homeless : The Two-Way Carol and Willie Fowler of Atlanta turned something sad into something glad. Their daughter's wedding was canceled 40 days before it was to happen. The Fowlers decided to turn the already paid-for reception into a dinner for homeless people. Now they plan to have charity dinners every year. 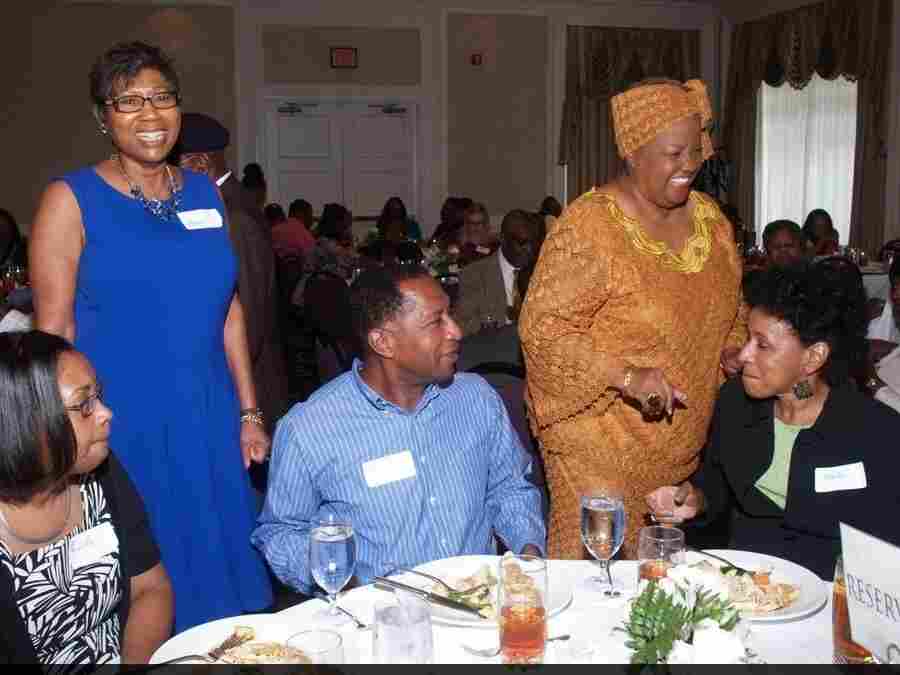 Carol Fowler (in blue dress) at the dinner her family turned into a charity event after her daughter's wedding was canceled. Hosea Feed the Hungry, via Here & Now hide caption 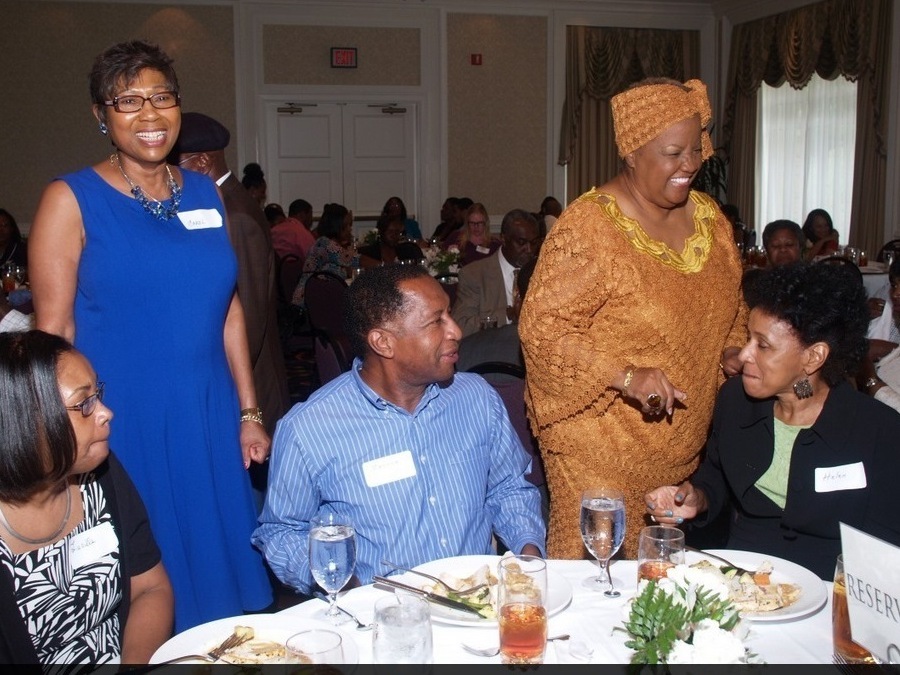 Carol Fowler (in blue dress) at the dinner her family turned into a charity event after her daughter's wedding was canceled.

We first heard about Carol and Willie Fowler's generosity from our friends at Here & Now late last week.

Now, the feel-good story of how they turned something sad into something glad is spreading across the Web.

ABC News describes what happened earlier this month in Atlanta this way:

"When Willie and Carol Fowler's only daughter cancelled her wedding 40 days before she was set to walk down the aisle, the parents were faced with a venue, food and entertainment that had all been paid for.

"But instead of cancelling everything and losing their deposits, they decided to change the guest list — to 200 homeless people."

"Forty days prior to the wedding ... we were made aware that there would no longer be a wedding. [Donating the reception] was my husband's idea. We prayed about it. And when he woke up the next morning, he said, 'we're going to call Hosea Feed the Hungry and ask if we can donate it to the needy.' I immediately looked up the number and called and spoke with Mrs. Elisabeth Omilami, and in doing so, we partnered. And it was such a wonderful feeling just to partner with them."

Yahoo News adds that "the event was titled 'The First Annual Fowler Family Celebration of Love,' and the family says it plans on hosting another charity dinner next year. It's a great example of how you can turn any bad situation into a positive one."

As for her daughter, Carol Fowler says, "We're very pleased that she's handling it so well. ... She was also very delighted to see and know that others had an opportunity to enjoy something, rather than just allow it to go to waste."