Accessibility links
Kenyan Mall Attack: The Latest News : The Two-Way Investigators are combing through the Westgate Mall in Nairobi, where dozens of civilians were killed by terrorists in an attack on Saturday or during the four-day siege that followed. 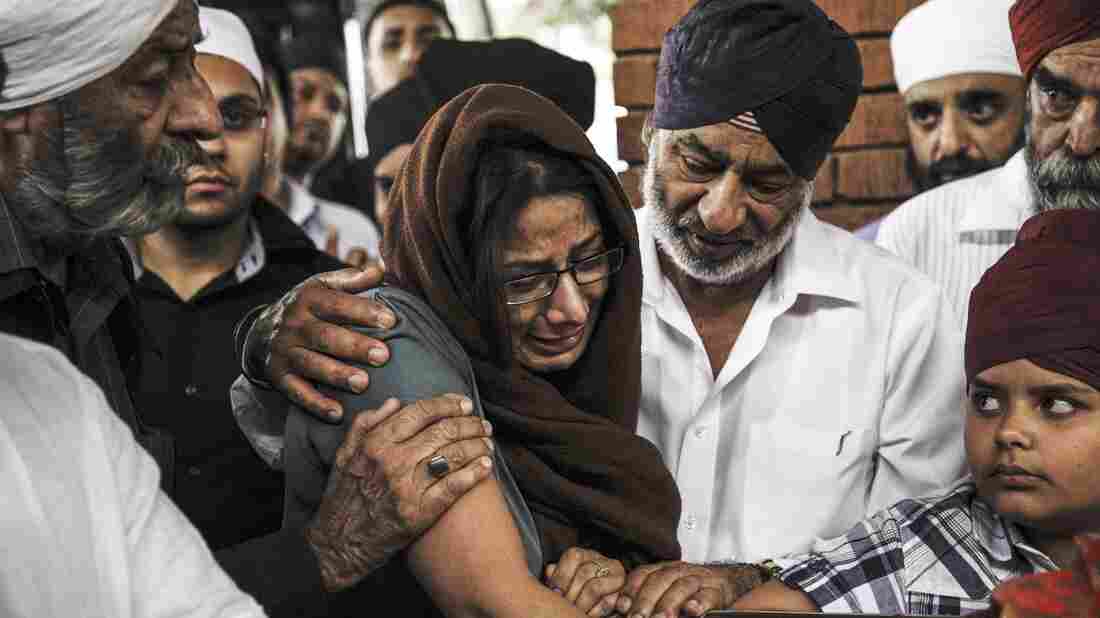 Members of the Kenyan Sikh community gathered in Nairobi on Wednesday to cremate a grandmother and son who were killed when terrorists took over the Westgate Mall. Kabir Dhanji /EPA/Landov hide caption 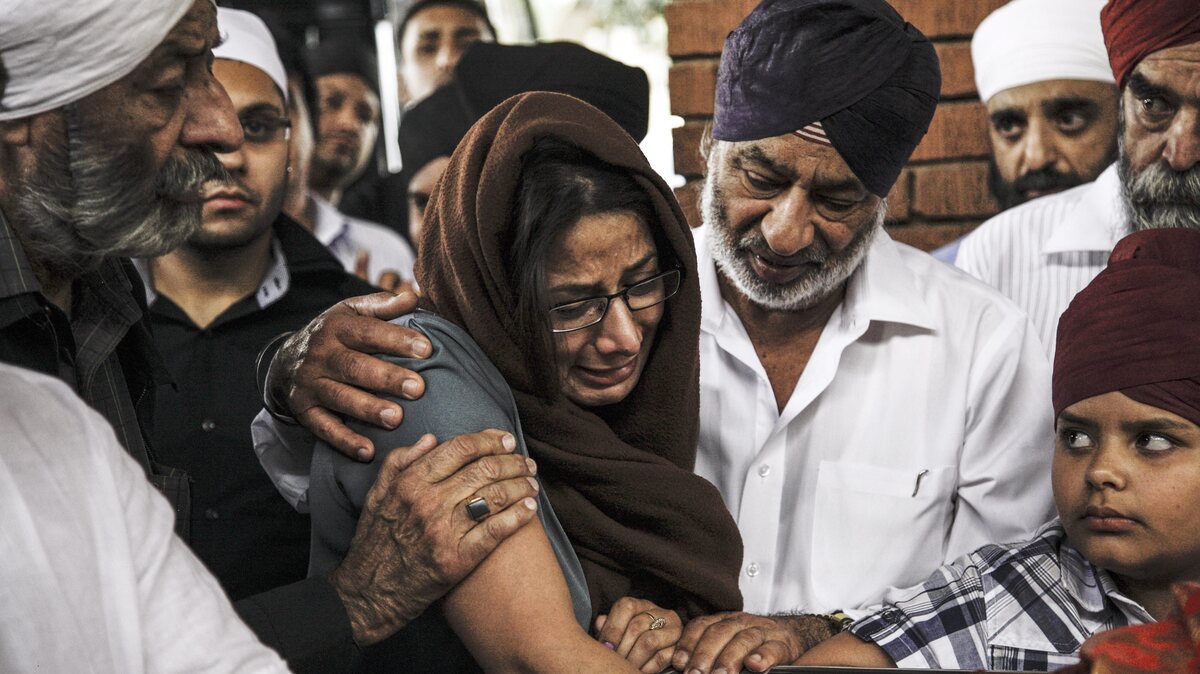 Members of the Kenyan Sikh community gathered in Nairobi on Wednesday to cremate a grandmother and son who were killed when terrorists took over the Westgate Mall.

Here's a quick look at where things stand in Nairobi, Kenya, where terrorists claiming to be part of the Somalia-based al-Shabab organization attacked a shopping mall on Saturday and then kept security forces at bay until late in the day on Tuesday:

-- Deaths. The official count remains where it was as of Tuesday evening in Nairobi, when President Uhuru Kenyatta said there had been 61 civilians, six security officers and five terrorists killed.

-- But Could More Be Dead? Kenyan Interior Minister Ole Lenku told reporters Wednesday that he believes any bodies left in the rubble of the Westgate Mall are those of terrorists, not civilians.

At the other end of the spectrum, The Associated Press says, "In a series of tweets from a Twitter account believed to be genuine," someone claiming to represent al-Shabab said there were 137 dead civilians in the wreckage of the mall. Government spokesman Manoah Esipisu told the AP that al-Shabab "is known for wild allegations and there is absolutely no truth to what they're saying."

NPR's Gregory Warner spoke with a senior Kenyan Red Cross official who did not want to be named because he was not authorized to speak to the press, who said that there were "definitely" people who were crushed in the rubble when the floors collapsed. He said that the death toll from the attack could easily climb over 100.

This disputes the claim of Lenku who said investigators believe that only an "insignificant number" of people may be buried in the debris, and that there were no civilians left alive in the building when several floors collapsed.

-- Search, Investigation Continue. "Investigators and bomb-disposal experts on Wednesday began sifting through the wreckage of an upscale shopping mall here in an effort to recover bodies and learn more about the Islamist militants," The Washington Post writes.

-- U.S., Britain And Israel Assist. Manoah Esipisu, the government spokesman, "told reporters on Wednesday that specialists from the Federal Bureau of Investigation were involved in the forensic investigation," The New York Times reports. "Israeli and British experts were also on the scene. The forensic examinations would help to determine the nationalities and identities of the militants as well as the victims."

-- British Woman Involved? "It was unclear whether intelligence reports of American or British gunmen would be confirmed," Reuters writes. "Al-Shabab denied that any women took part, after British sources said the fugitive widow of one of the 2005 London suicide bombers might have some role." President Kenyatta said Tuesday that 11 terrorists had been taken into custody.

-- Americans Involved? "U.S. Attorney General Eric Holder said on Wednesday there had been no verification that Americans were involved in a deadly attack at a shopping mall in Nairobi, Kenya," Reuters says.

-- Questions. From Nairobi, NPR's Gregory Warner reports that "as Kenya began three days of national mourning, questions swirled about why Kenyan authorities took so long to respond to the crisis, whether some terrorists had escaped with fleeing shoppers, and who exactly were the terrorists involved."