Accessibility links
Ancient Fish With Strong Jawline Could Rewrite History Of Faces : The Two-Way Entelognathus primordialis, which lived some 420 million years ago, is the earliest known creature with a modern jaw. It could upend our understanding of how jawed vertebrates evolved.

Ancient Fish With Strong Jawline Could Rewrite History Of Faces

Ancient Fish With Strong Jawline Could Rewrite History Of Faces 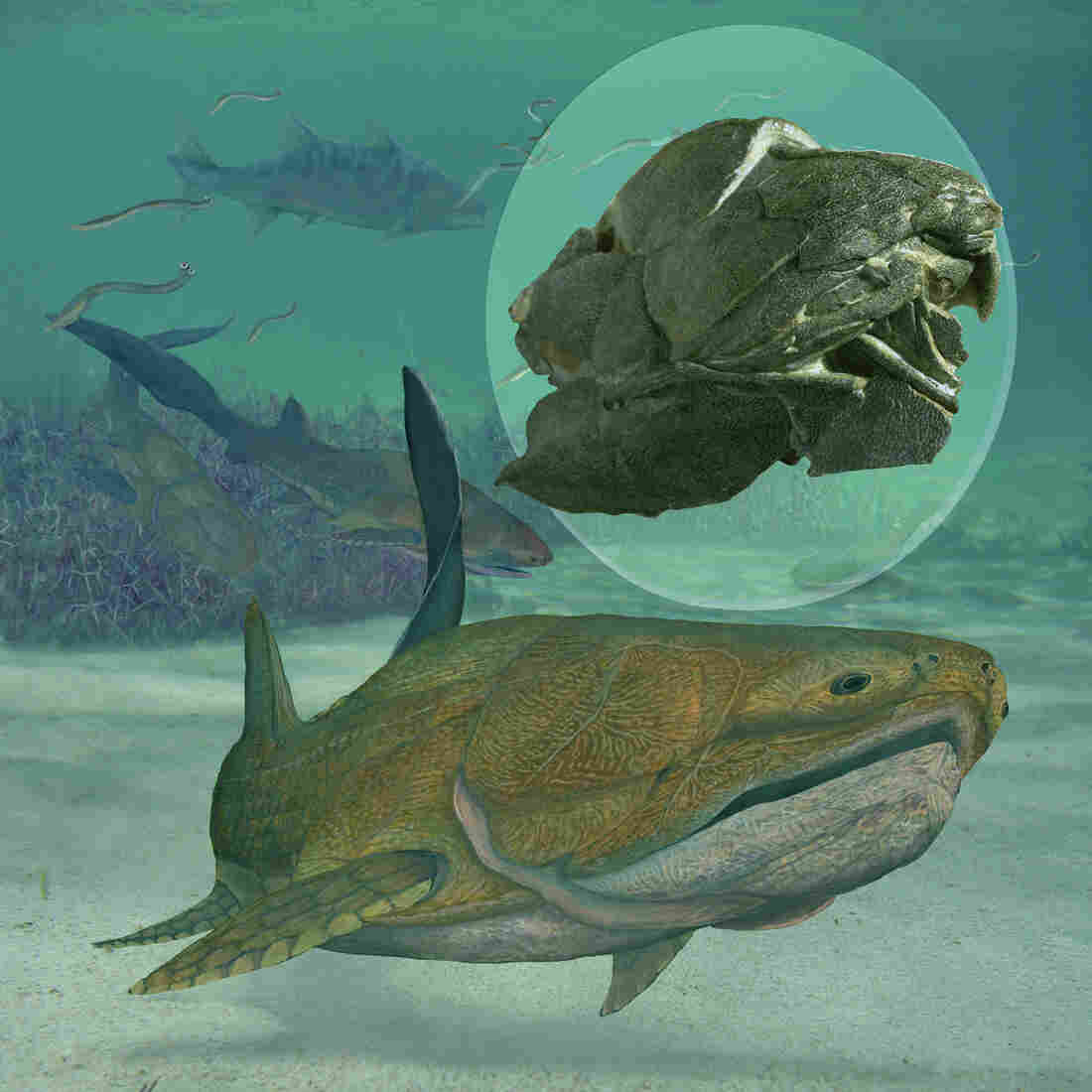 A reconstruction of Entelognathus primordialis, with the fossil find highlighted above. Nature hide caption 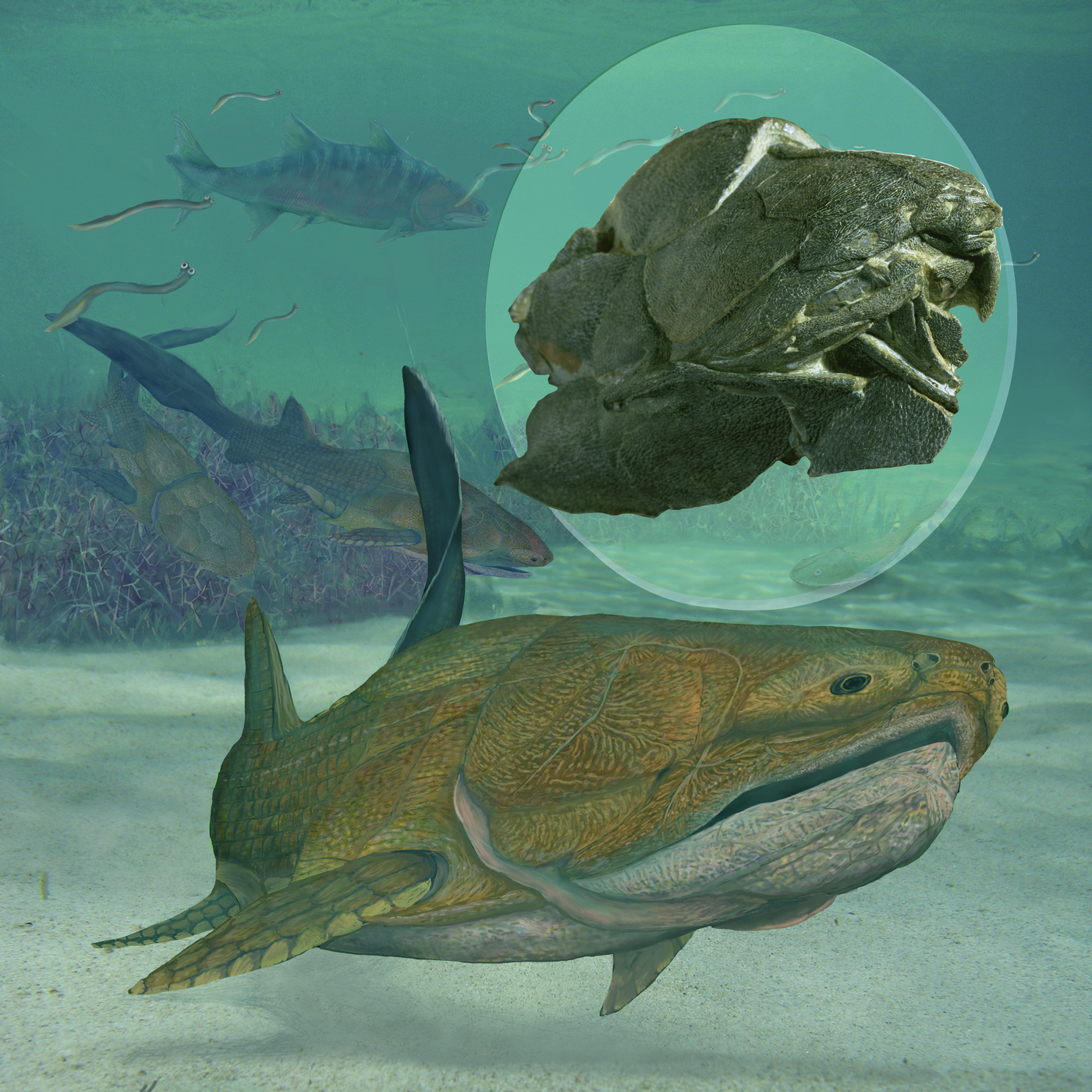 A reconstruction of Entelognathus primordialis, with the fossil find highlighted above.

As faces go, Entelognathus primordialis isn't much to look at, even for a fish.

But consider that the 419 million-year-old, armor-plated fish is the earliest known creature to have what humans might recognize as a face, according to research published Wednesday in Nature. That's mostly due to its bony, modern jaw.

"The first Entelognathus fossil was unearthed in China in 2010, but it was not until scientists had chipped away at the specimen in the lab that they realized they were onto something very weird. Their new fish looked like a placoderm, an ancient swimmer girded in homegrown armor made of bony plates. The fish, described in this week's issue of Nature, had small, almost immobile eyes and a flat forehead. And then there was its lower face: a jigsaw puzzle of interlocking bones a lot like humans. It's a homely ancient fish with a supermodel's bone structure."

The question of when fish first sported bony jaws — and therefore a mug that we can all recognize — is something scientists have spent time wondering about. And the latest findings may upend our understanding of how jawed vertebrates evolved.

Entelognathus belongs to the placoderm class of armored fish that Nature says existed some 430 million to 360 million years ago. Placoderms, it adds, "had a bony skull and jaw, but most of them had simple beak-like jaws built out of bone plates."

The recently unearthed fossil has scientists excited because, as Smithsonian.com points out, "it combines a series of characteristics from two different groups: placoderms ... and bony fish, a lineage that gave rise to all modern fish with jaws and bone skeletons. Previously, it was assumed that placoderms died out completely (and that the other, more recent types of fish with similar armor plating had independently re-evolved it much later), while a different, shark-like group of fish called acanthodians led to the bony fishes."

"This is significant because of what happened next: bony fish gave rise to all modern vertebrate fish, along with all amphibians, reptiles, birds and mammals, including ourselves. In other words, this fossil might mean that the placoderms didn't go extinct, but rather evolved into the tremendous diversity of animals that live on both land and sea — and that this ancient, strange-looking face belongs to one of your oldest ancestors."