Accessibility links
Study: Effectiveness Of U.S. Drone Strikes Doubtful : The Two-Way The meta-analysis suggests that such attacks that kill militant leaders in Pakistan have little or no effect on the level of insurgent violence in neighboring Afghanistan. 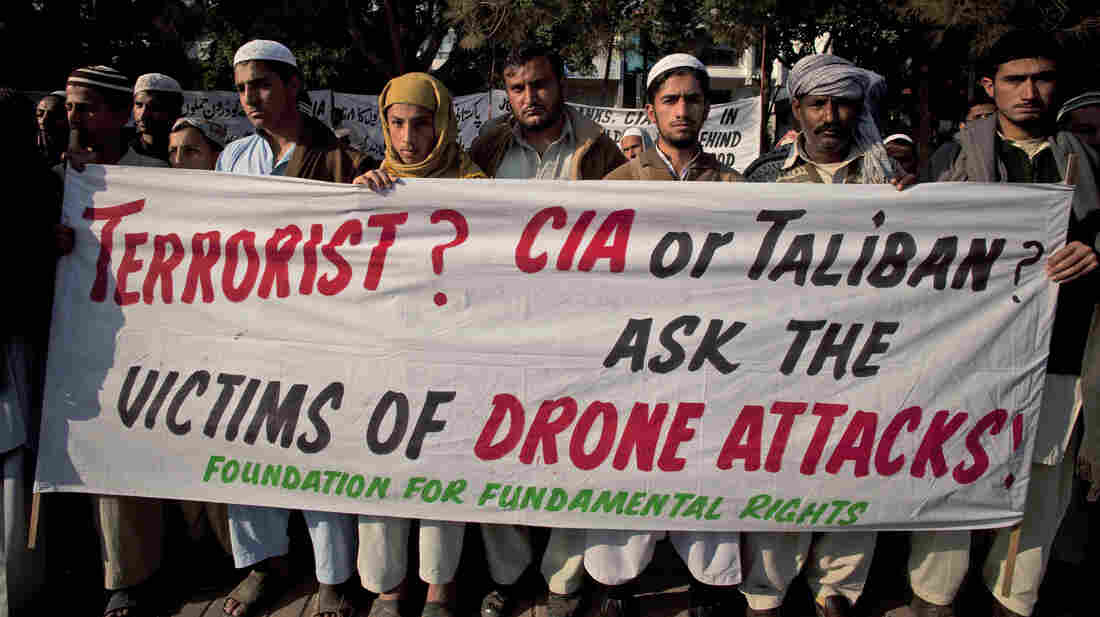 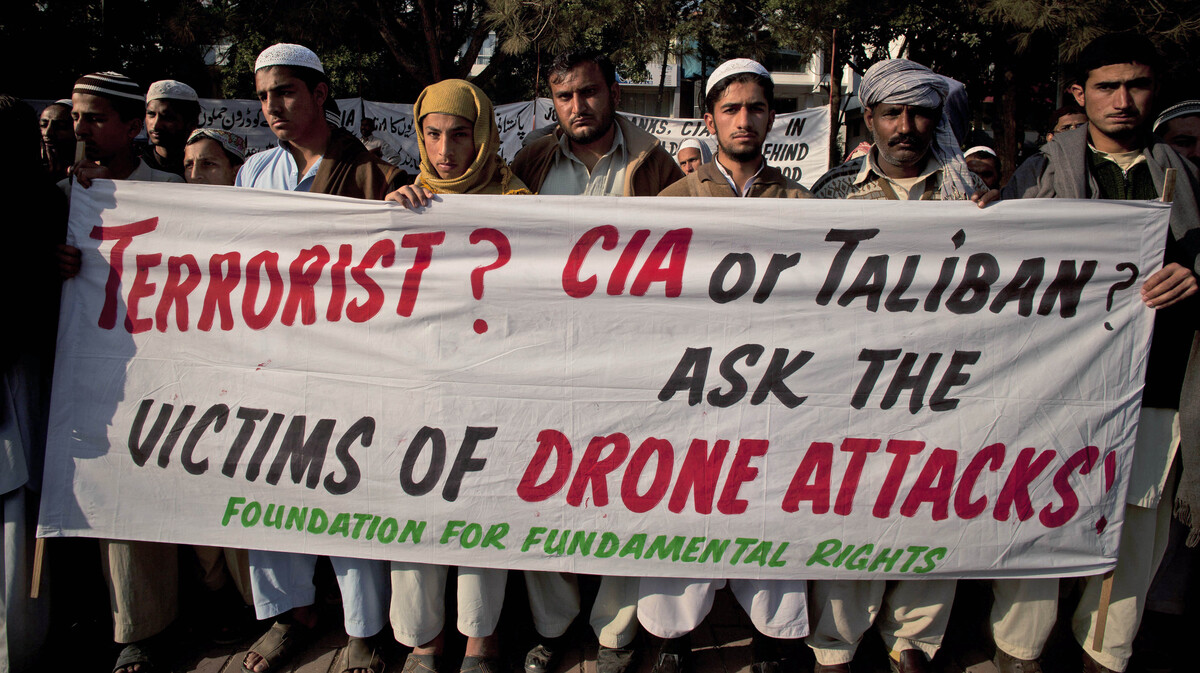 Pakistani tribal villagers hold a rally in the capital, Islamabad, in 2010 to condemn U.S. drone attacks on their villages.

U.S. drone strikes carried out in Pakistan appear to have little impact on insurgent violence in neighboring Afghanistan, according to a new meta-study published by the Strategic Studies Institute of the U.S. Army War College.

But the study also finds that strikes carried out by unmanned aerial vehicles cause fewer civilian casualties than other kinds of combat and that those deaths don't appear to be linked to further violence against U.S. forces and allies.

"We know little about how effective [drones] are as tools of punishment and deterrence," according to James Igoe Walsh, the author of the study titled The Effectiveness of Drone Strikes in Counterinsurgency and Counterterrorism Campaigns. Walsh writes:

"[O]ne reasonably consistent finding ... is that drone strikes have little influence, positive or negative, on the amount of in­surgent violence that occurs in Afghanistan. This is important, because one objective of the drone strike campaign is to weaken and undermine insurgent orga­nizations based in Pakistan that launch attacks against American, Afghan, and international military forces."

The meta-study finds that it may simply be that "some insurgent organizations are large and resilient enough to survive the deaths of their leaders and rank-and-file members."

It points to research comparing the deaths of "militants, civilians, and those whose status cannot be determined" based on an analysis of media sources in Pakistan that found "over 26 militants are killed for each con­firmed civilian death. This ratio falls slightly to 19 mili­tants per civilian killed if they draw on both Pakistani and international media sources."

Compared to other types of armed conflict both inside and outside Pakistan, "All of these other types of force produce ratios that are lower than even the lowest estimates for the propor­tion of civilians killed per militant by drone strikes," the report said, citing the caveat that accurate counts are difficult to get during armed conflicts."It ... suggests that some of the controversy about the civil­ian deaths produced by drone strikes may be overstat­ed."

The full report can be read here:

The Effectiveness of Drone Strikes in Counterinsurgency and Counterterrorism Campaigns