Accessibility links
Scientists Find Sea Louse Has Tidal 'Body Clock' : The Two-Way The tiny organism has an internal clock that triggers it to swim vigorously every 12.4 hours, coinciding with the changing tide — even when it's removed from its habitat. 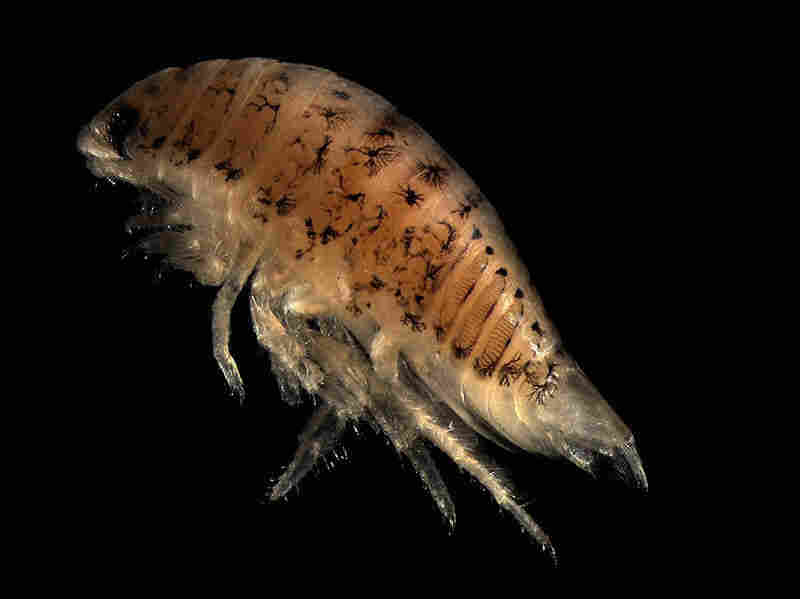 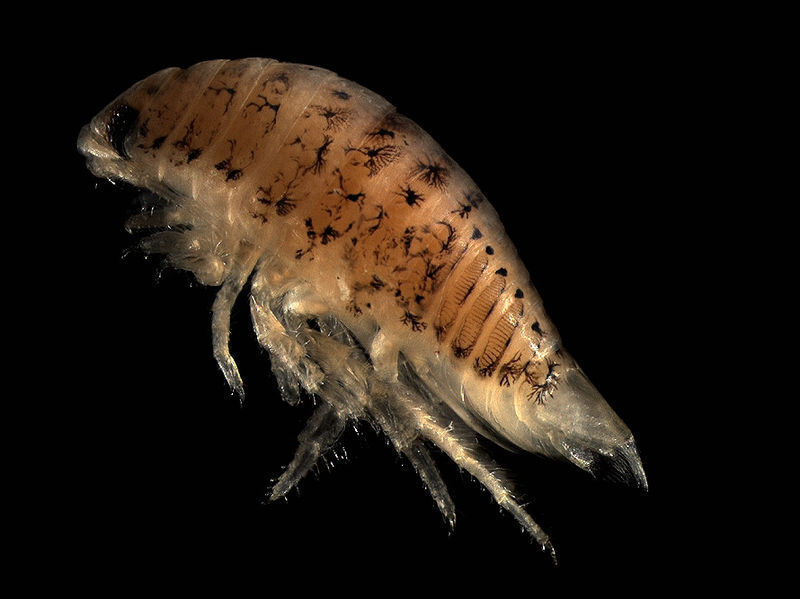 One thing you can say about the diminutive speckled sea louse: it's always on time.

Scientists studying the tiny crustacean, a marine cousin of the wood-louse, found that it runs not one, but two internal clocks. Not only does the creature have a circadian rhythm, or so called "body clock" like most land-dwelling animals, including humans, but it also has a circatidal clock that follows the 12.4-hour cycle of the tide.

Writing in the journal Current Biology, researchers from Aberystwyth, Bangor, Cambridge and Leicester Universities confirmed the existence of the second clock by observing the behavior of the speckled sea louse.

"Measuring up to 5mm in length, it burrows deep into the sand when the tide goes out and returns to the surface to swim and feed when the tide comes in.

During the day it turns dark in colour to protect itself from UV light. At night it turns white and swims far more vigorously."

The BBC writes that although the lice were removed from their habitat, they "continued to swim every 12.4 hours as they would with changes of the tide."

You can see a video here: