Accessibility links
U.N. Team Looking At Attacks Assad Blamed On Rebels : The Two-Way As they resume their investigation into allegations about the use of chemical weapons in Syria, U.N. experts are looking into at least three incidents for which President Bashar Assad's aides have said the rebels were responsible. The inspectors are not expected to assign blame. 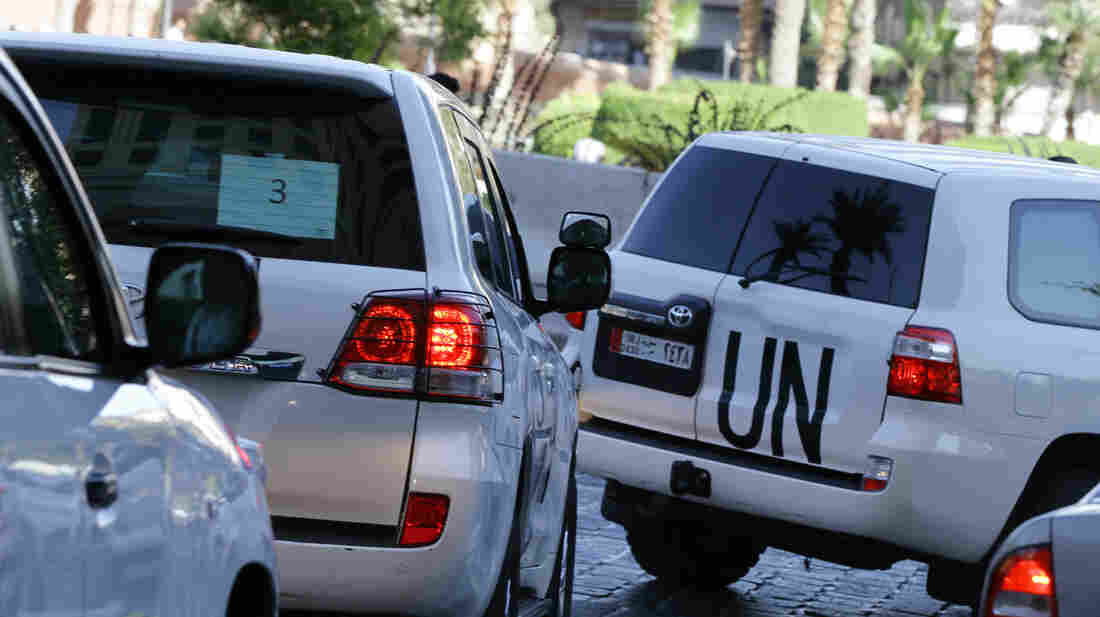 A convoy of U.N. vehicles with chemical weapons experts on board head out on Friday to do more work as the investigate allegations of chemical weapons use in near Damascus. Louai Beshara /AFP/Getty Images hide caption 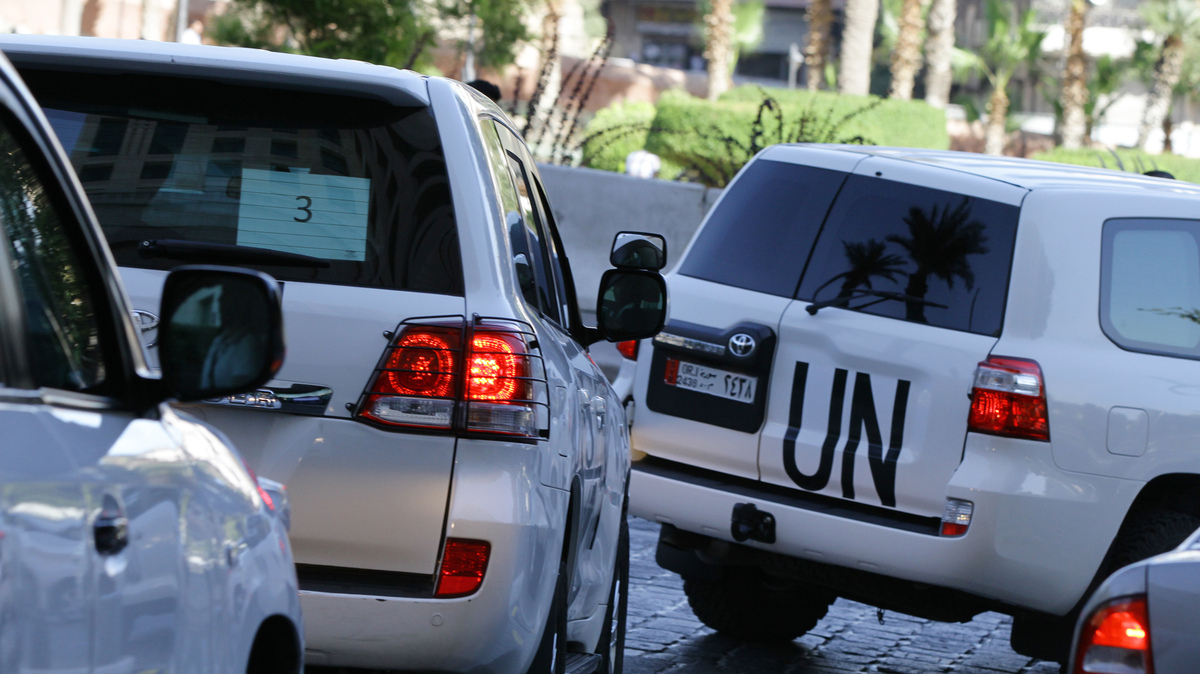 After the Aug. 21 chemical weapons attack near Damascus that reportedly killed more than 1,000 people and has been blamed on Bashar Assad's regime, the Syrian president's ambassador to the U.N. claimed that opposition forces had used such weapons at least three times in the days immediately after.

"Ambassador Bashar Jaafari said he had requested of U.N. Secretary-General Ban Ki-moon that the team of experts currently in Damascus investigating an alleged use of chemical weapons last week also investigate ... other attacks.

The attacks took place on August 22, 24 and 25 in Jobar, Sahnaya, and al-Bahariya, Jaafari told journalists Wednesday. The 'militants' used toxic chemical gas against the Syrian army, the diplomat said."

This morning, Ban's office announced that:

"The United Nations mission investigating alleged use of chemical weapons in Syria on Friday continued working on a comprehensive report that it hopes will be ready by late October. The report is based on a number of allegations presented to the United Nations Secretary-General, of which seven have been found to warrant investigation according to the UN Secretary-General's Mechanism for investigation of alleged use of chemical and biological weapons.

"The probed allegations related to the following seven reported incidents:

As you see, the three incidents that Ambassador Jaafari spoke about are among those being looked at.

The investigators, as they did when reporting about the Aug. 21 attack, are expected to focus on whether chemical weapons were used, not on which side was responsible.

The regime and spokesman for the rebels have consistently blamed each other when there are allegations of chemical weapons use. Regarding the Aug. 21 incident in particular, the U.S. and its allies have said the intelligence pointing at Assad's regime is overwhelming.

Meanwhile, as we reported Thursday, Russia, the U.S. and the other members of the U.N. Security Council have drafted a resolution that calls for oversight of Syria's surrender of chemical weapons and calls for "consequences" if Assad fails to comply. The Security Council could vote later today on that resolution.