Accessibility links
President To GOP: Don't 'Burn Down The House' Over Obamacare : The Two-Way A Senate bill to keep the federal government open for six weeks is expected to pass and move to the House, where GOP lawmakers insist they will insert deal-breaking language to defund Obamacare.

President To GOP: Don't 'Burn Down The House' Over Obamacare

President To GOP: Don't 'Burn Down The House' Over Obamacare 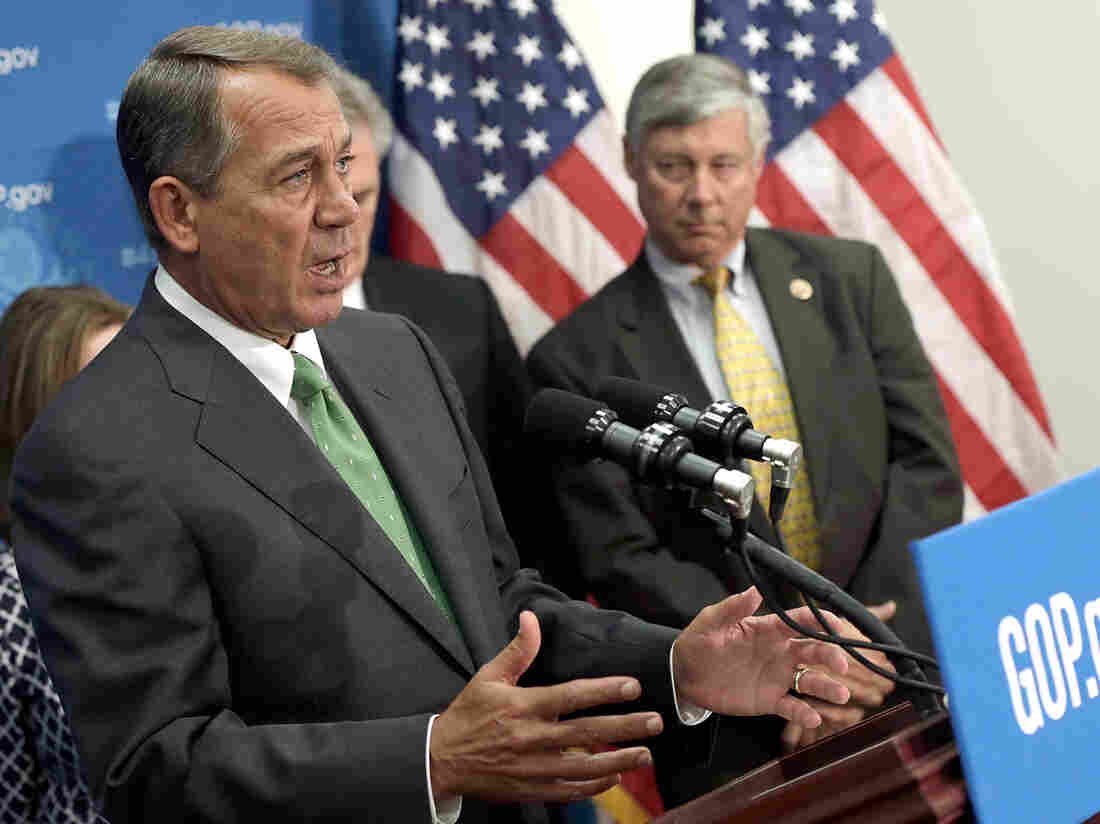 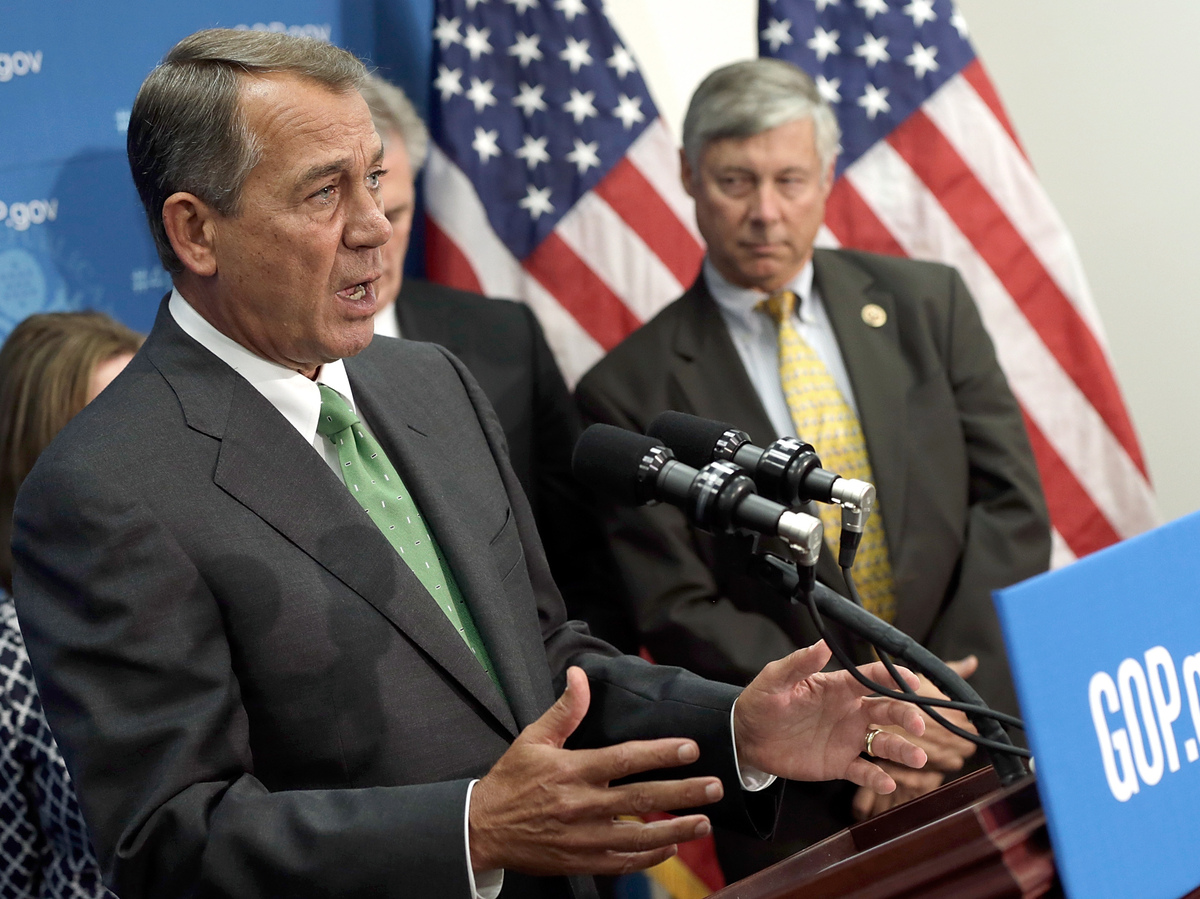 President Obama on Friday praised the Senate for passing a spending bill to keep the federal government operating and called House GOP efforts to tie approving the measure to defunding the Affordable Care Act "political grandstanding."

He said that despite Republican hopes that Obamacare will be repealed, "That's not going to happen," accusing Republicans of threatening to "blow up the entire economy."

No one has the right to precipitate such a crisis, he said, "just because there are a couple of laws you don't like."

"Do not threaten to burn the house down simply because you haven't gotten 100 percent of your way," he said.

It's not just a question for his presidency, Obama said, but holding the economy hostage was a bad precedent for future occupants of the White House.

The Senate has voted to approve a "continuing resolution" to keep the federal government functioning past a Monday-night deadline, but it first voted to strip out a provision that would have defunded Obamacare.

The bill is certain to meet a roadblock in the GOP-dominated House, where key members have vowed to reinstate language aimed at derailing the 2010 Affordable Care Act.

Speaking at a news conference shortly after the vote, Senate Majority Leader Harry Reid, D-Nev., lashed out at House Republicans, saying their plans to stop Obamacare at the risk of a government shutdown amounted to "silly time-wasting" aimed at scoring "cheap political points."

On Wednesday, Sen. Ted Cruz of Texas ended a 21-hour speech railing against Obamacare and insisting that the Senate measure include language to block its funding.

As The New York Times writes, the Senate vote Friday "[sets] up a game of legislative Ping-Pong that will tip the government perilously close to shutting down on Tuesday." The paper adds:

"Senator Harry Reid, the majority leader, has said he would reject anything but a plain budget bill, including Republican suggestions to delay the health care law or to repeal a tax on medical devices that would help pay for it.

"But House Republicans and Speaker John A. Boehner seem intent on not surrendering the budget fight without wresting concessions from the Democratic-controlled Senate and President Obama."

If the two sides can't compromise by a Monday-night deadline, a partial shutdown of federal agencies would begin first thing Tuesday, resulting in the furloughing of tens of thousands of workers.

No vote is expected in the House until at least the weekend, The Associated Press reports.

The Washington Post reports that Boehner on Thursday tried but failed to persuade the most conservative bloc of Republicans to "shift their ­assault on President Obama's health-care law to the coming fight over the federal debt limit." No dice.

The Post says "about two dozen hard-liners rejected that approach, saying they will not talk about the debt limit until the battle over government funding is resolved."

"At one point Thursday, GOP divisions burst into full view on the Senate floor as a pair of conservatives, Sens. Ted Cruz of Texas and Mike Lee of Utah, forced the Senate to wait until Friday to approve its bill preventing a shutdown. ...

NPR's Tamara Keith reports on Morning Edition that should a shutdown be averted in the eleventh hour, the fight to defund Obamacare — along with a long list of other Republican demands — will simply shift to the next fight: raising the debt ceiling.