Accessibility links
200 Years Later, George Washington Gets A Presidential Library : The Two-Way In 1787, Washington mused that he needed a space for his voluminous "military, civil and private papers." Now, he's got a $106 million building at his estate in Mount Vernon, Va. 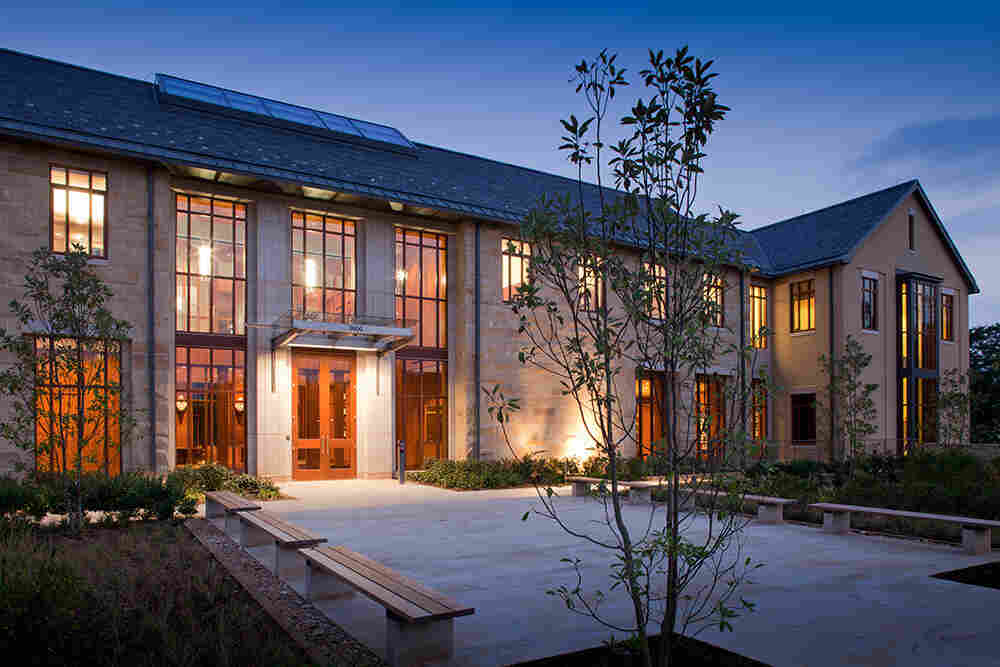 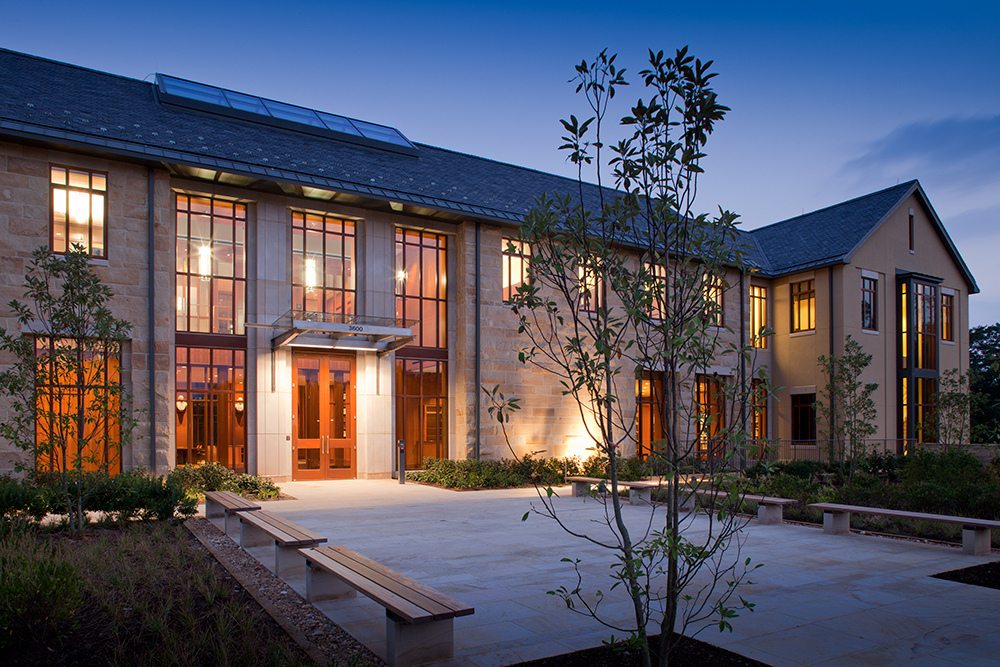 Entrance to the Fred W. Smith National Library for the Study of George Washington.

George Washington, the country's first president, finally will have a dedicated place where scholars can study his legacy and that of the founding fathers.

Today, at his estate in Mount Vernon, Va., the Fred W. Smith National Library for the Study of George Washington, a $106 million project, opened its doors.

USA Today reports that the library fulfills one of Washington's wishes. In April 1787, he told a friend that he needed a place to accommodate his "military, civil and private papers, which are voluminous and may be interesting."

Two-hundred and twenty-six years later, he has one.

"Characterized as striking a balance between 'elegance and utility, grandeur and accessibility' that Washington himself would have appreciated, the 45,000-square-foot structure will serve as a cutting-edge think tank for Washington scholars. It's open by appointment and will be a venue for seminars and lectures.

"In conjunction with the library opening, Mount Vernon is showcasing a new exhibit, Take Note! George Washington the Reader (through Jan. 12, 2014), which displays books, letters, and other objects that "get inside his mind and begin to map the intellectual networks of which he was a part," says Mount Vernon curator Susan Schoelwer."

You may be wondering why it took this long for Washington to get a library. It turns out, the idea of presidential libraries is a fairly modern concept.

The Library of Congress explains the formal system began in 1939, when Franklin D. Roosevelt donated his personal presidential papers to the federal government and some of his friends formed a non-profit to raise funds for a library.

Harry S. Truman liked the idea and wanted his own. So at his urging, Congress passed the Presidential Libraries Act in 1955.

"Before the advent of the Presidential Library system, Presidents or their heirs often dispersed Presidential papers at the end of the administration," the Library of Congress says. "Though many pre-Hoover collections now reside in the Library of Congress, others are split among other libraries, historical societies, and private collections. Sadly, many materials have been lost or deliberately destroyed."

Of course, Congress corrected that by passing the Presidential Records Act of 1978, which requires the archiving of presidential records.

From the Library of Congress, here's a full list of presidential libraries: