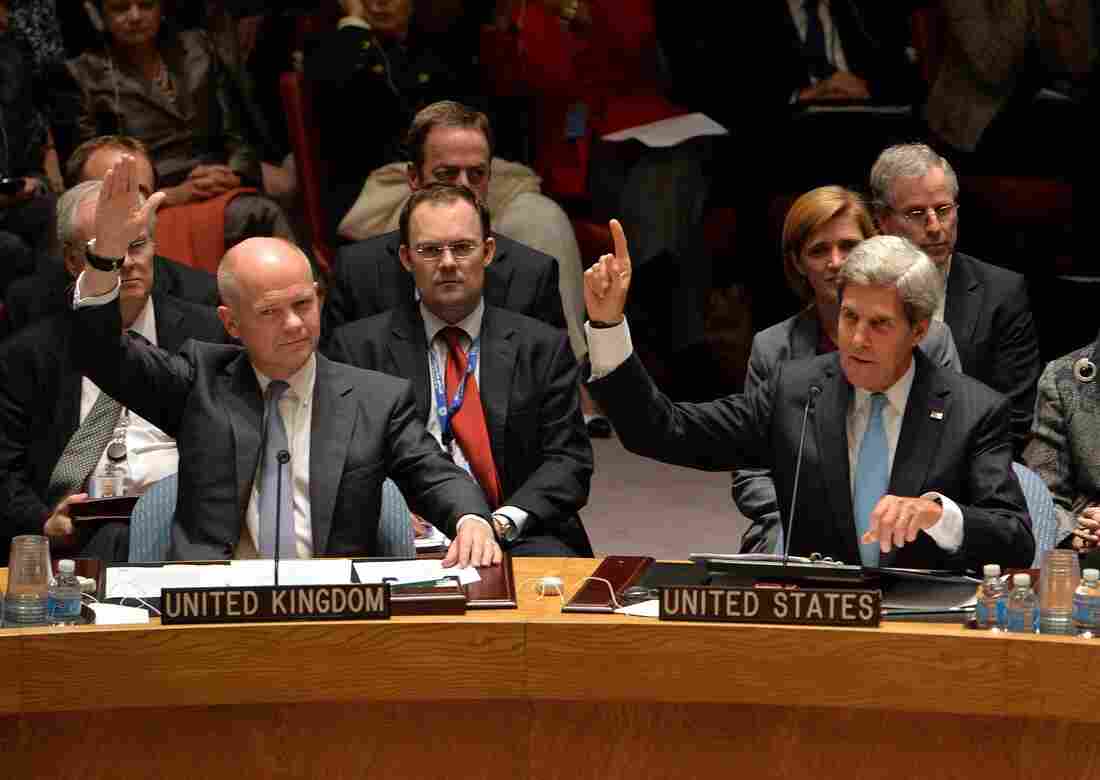 Britain's Foreign Minister William Hague, left, and US Secretary of State John Kerry, right, vote to approve a resolution that will require Syria to give up its chemical weapons during a meeting on Friday at U.N. headquarters in New York. Stan Honda/AFP/Getty Images hide caption 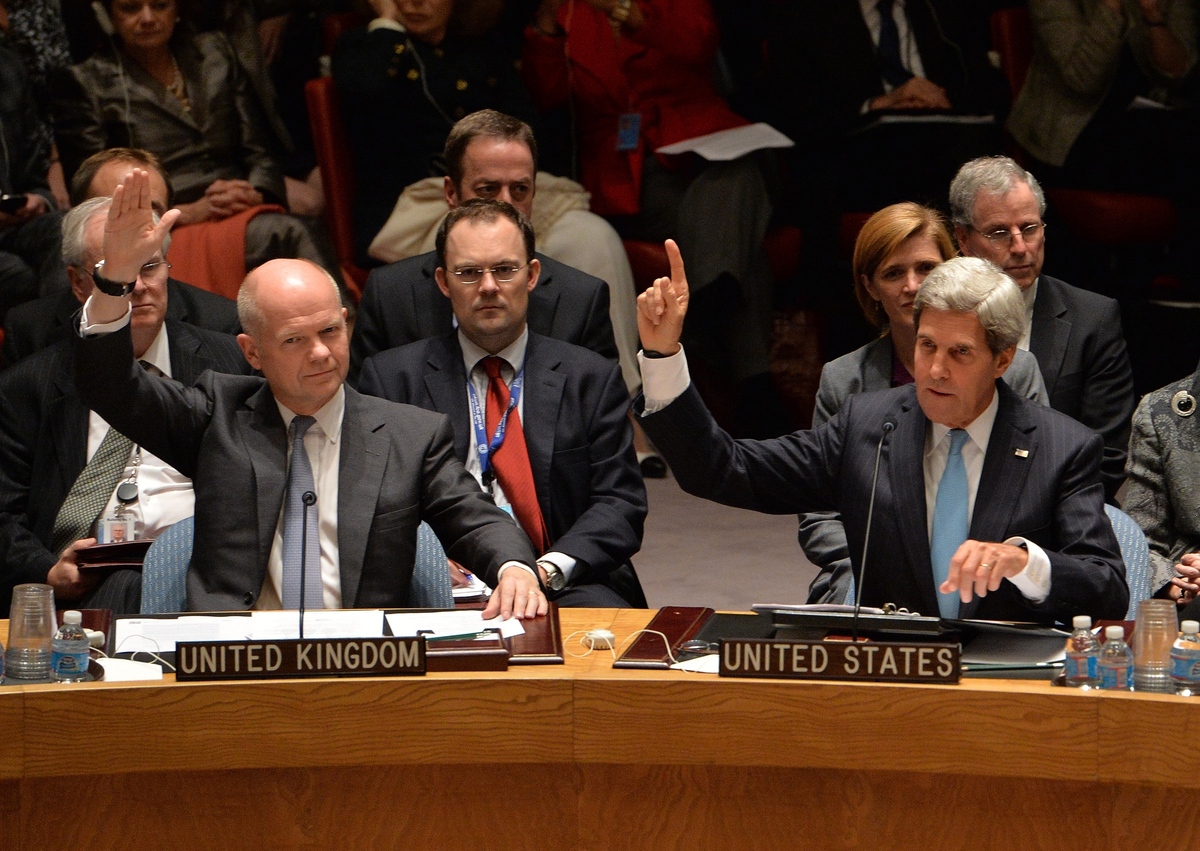 Britain's Foreign Minister William Hague, left, and US Secretary of State John Kerry, right, vote to approve a resolution that will require Syria to give up its chemical weapons during a meeting on Friday at U.N. headquarters in New York.

Sealing an unlikely diplomatic alliance between the United States and Russia, the United Nations Security Council on Friday voted unanimously to approve a resolution that compels Syria to give up its chemical weapons or face consequences.

"Today, the U.N. Security Council has demonstrated that diplomacy can be so powerful, it can diffuse the worst weapons of war," Secretary of State John Kerry said after the vote.

As the AP reports, the resolution, which had been previously agreed to by the five permanent members of the U.N. Security Council, includes two legally binding provisions: First, that Syria give up its chemical stockpile and second, that it allow unfettered access to international chemical weapons experts.

If Syria fails to comply, the member states would have to seek a second resolution approving any military action or other sanctions.

Speaking after the vote, U.N. Secretary-General Ban Ki-moon said the international community should still think about the carnage going on in Syria's more than two-year-old civil war.

"A red light for one form of weapons does not mean a green light for others," Ban said. "This is not a license to kill with conventional weapons. All the violence must end. All the guns must fall silent."

Ban added that he hoped the Syrian regime of Bashar Assad and his opposition could come together in Geneva for peace talks planned for mid-November.

"We must capitalize upon the newfound unity of the Council by focusing on two other equally crucial dimensions of the conflict: the dire humanitarian situation and the political crisis," Ban said.

Russian Foreign Minister Sergey Lavrov said the resolution was in keeping with the outline agreed to by his country and the U.S. in Geneva earlier this month.

Lavrov said Russia was poised to help the Organization for the Prohibition of Chemical Weapons in its task of clearing the stockpile from Syria. But Lavrov pointed out that the resolution did not contain any automatic triggers for punitive actions.

The resolution marks the culmination of a diplomatic effort that averted a U.S. military strike on Syria. It all stems from an Aug. 21, chemical weapons attack that the U.S. says killed more than 1,000 Syrians, including scores of children.

If you remember, as Congress was weighing whether to authorize military action in response to the attack, Russia seized on an apparently off-the-cuff suggestion by Kerry, who said the U.S. was willing to back off its war footing if Syria gave up its entire chemical weapons cache quickly and in a verifiable manner.

Syria quickly signed papers that opened the door for membership into the Chemical Weapons Convention and the U.S. and Russia worked through the U.N. to try to put together a resolution that would enforce the U.S.-Russia agreement.