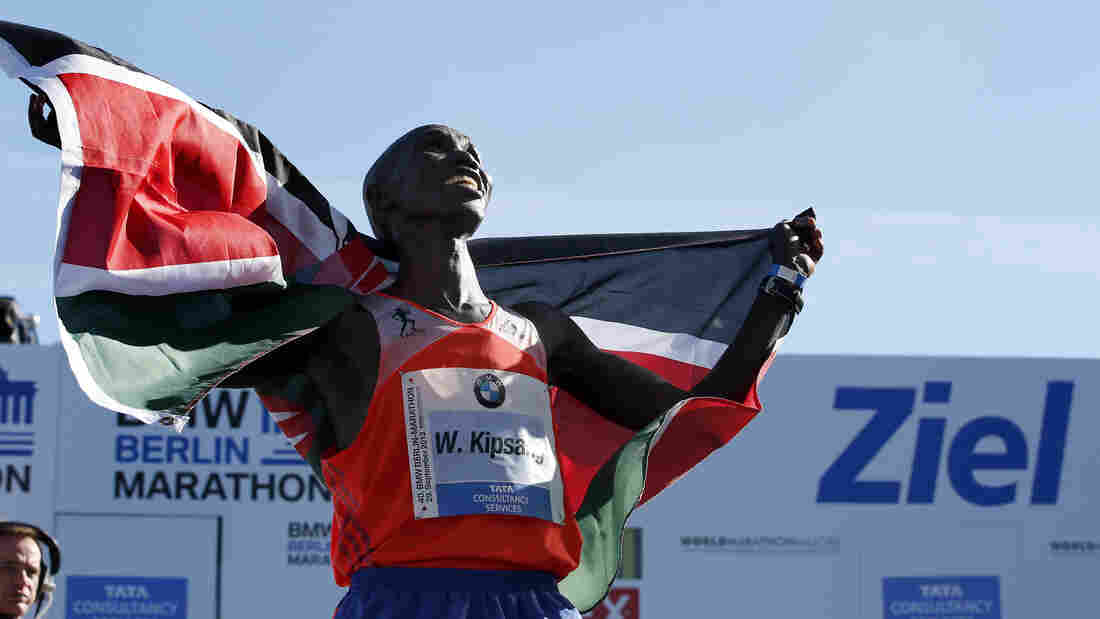 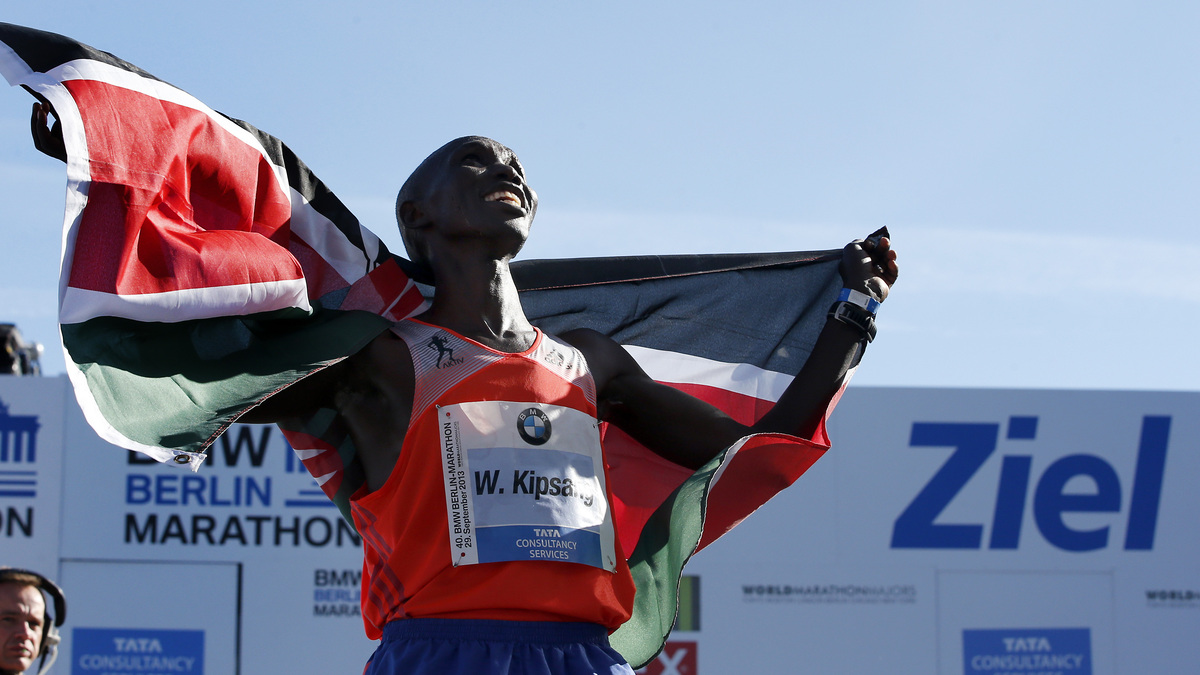 The 31-year-old Kipsang bested the previous record, set by fellow Kenyan Patrick Makau in 2011, by 15 seconds. That record was also set in Berlin on a course known for its flatness and cool and dry weather.

It was also the eighth world record in Berlin in 15 years, according to the Associated Press.

Unfortunately, Kipsang's dramatic finish was spoiled when a man, who at first appeared to be a cheering spectator, began running beside him toward the end of the race. The New York Times reports that he was actually an "ambush marketer."

"Although security in Berlin had been increased after the bombings at the Boston Marathon in April, a man wearing a yellow T-shirt stepped out of the crowd near the finish line and raised his arms, breaking the tape just ahead of Kipsang in an apparent stunt of ambush marketing.

According to Agence France-Presse, the man was promoting a Web site for an escort service. He was intercepted by race staff, handed over to the police and charged with trespassing, the news agency reported."

Here's a video of the finish and the incident: